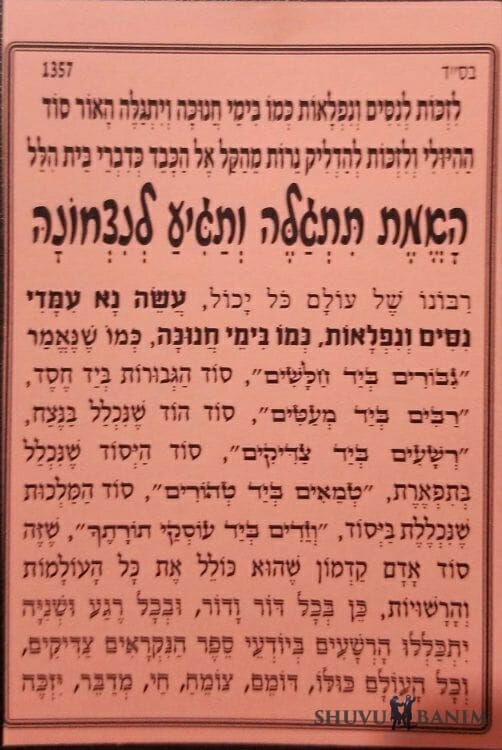 #1357 Rabbi Berland’s Prayer For The Truth To Be Revealed

Master of the world who can do anything, perform for me miracles and wonders, like in the days of Chanuka.

So to in every generation, and at every moment and second, may the wicked be encompassed in those that know the book, called the Tzadikim.

And the entire world, inanimate, plant, animal and speaking ones (man), will merit to be encompassed in Adam Kadmon of Atzilut, the secret of, “the eternity of Israel will not be falsified”, when the verse will be fulfilled, “until I will be consoled [from] the tongue of falsehood”, when the falsehood will reach its consolation and its final success.

Then too will the point of truth be victorious which is what will succeed over all the wicked, because Shamai learned Chanuka from Succot that we go from above to below.

Because on Hanukah is revealed the secret of the Hiyuli, which is from before the Creation, therefore the Mitzvah according to Shamai is from above to below, from the great[er] number to the low[er], but the halacha follows Beit Hillel, who goes from the light to the heavy, from the number one to the number eight.

Then they answered him, “we have an old father [av zaken]”, ‘we go according to the ruling of Hillel haZaken’, from one to eight. 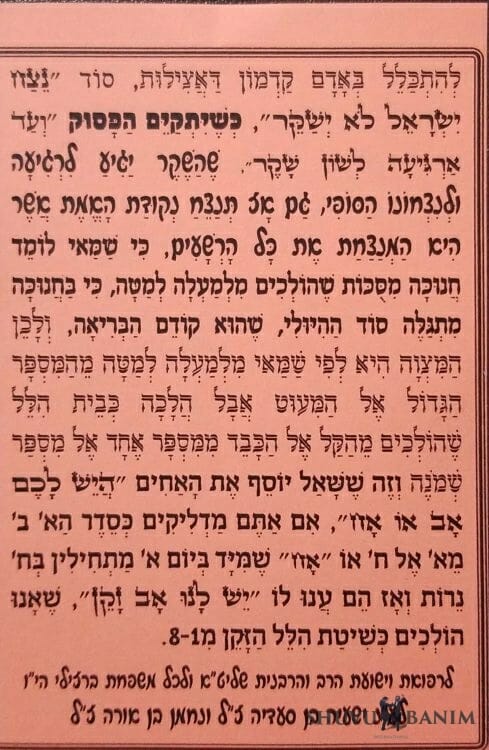