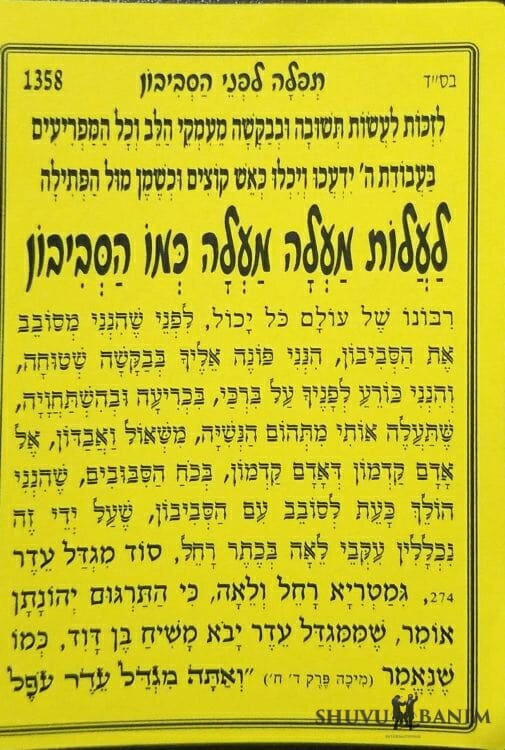 Master of the world who can do anything, before I spin the dreidel, I turn to You with an open request, and I bow before You on my knees, in bowing and prostrating, that You will raise me up from the depths of oblivion, from hell and perdition, to Adam Kadmon of Adam Kadmon.

In the power of the spinning, as now I am going to spin the dreidel, which through this the heels of Leah will be encompassed in the crown of Rachel, the secret of Migdal Eder (274), which is the numerical value of Rachel and Leah.

Because, “many are the pains of the wicked, but the one who trusts in G-d kindness will surround him (yesovvenu)”, from the word ‘sevivon’ (dreidel), that kindness surrounds a person, which is an aspect of the dreidel which spins and rises higher and higher.

That in the merit of the dreidel, they will all be extinguished like fire of thorns, and the oil will go be consumed until it is finished, because the oil alludes to the nations of the world and the wick and the fire to Am Yisrael. 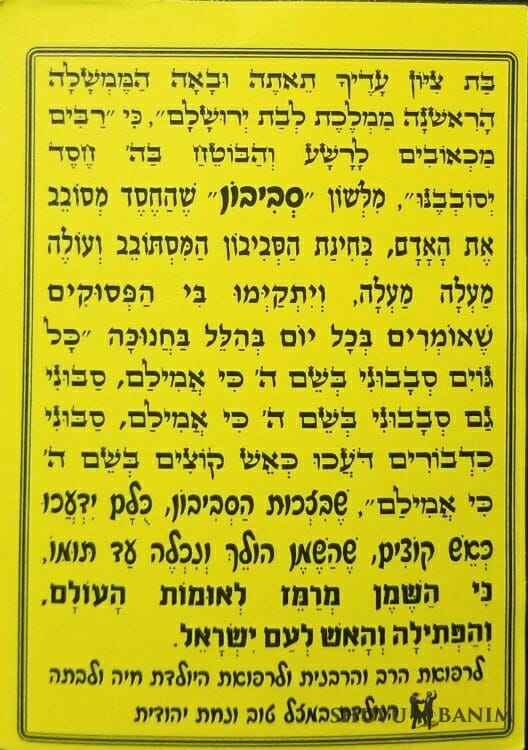