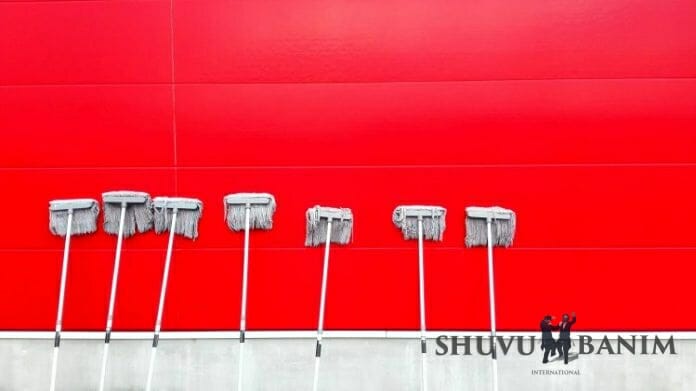 The Year of Unattained Desires (aka,Cleaning the floor in the Beit HaMikdash)

The last few months, I’ve been finding it really hard to get motivated about anything much.  By nature, I’m really not a lazy person. I work hard, I strive, I put effort in, I usually wake up as early as I can, even on Shabbat, and I hate, hate, hate that feeling that I’m not doing anything meaningful with my life.

But for all that, the last few months I’ve been feeling pretty aimless, unmotivated, and just kind of drifting.

In my hitbodedut, on the rare occasions when I can actually get a hold of myself, internally, I get this picture that I’m just kind of floating through space. I’m not miserable, I’m not down, I’m just utterly unmotivated – and it’s been like this for months.

I went looking in Rebbe Nachman’s Sefer HaMiddot, (Book of Traits) to see if he could help me to get a handle on what’s going on, and this is what I found:

“Through unattained desires, one falls into laziness. The opposite is also true.”

Now, I am filled to the brim with bad middot, but thank God, laziness is normally not one of them. So my ‘lazy’ attitude towards life has been perplexing me greatly the last few months, until I read this, and suddenly the penny dropped.

If you could characterize 5778, at least for me, I would call it “The Year of Unattained Desires”. Like a few other people out there, I was really hoping that 5778 was the year that Moshiach would finally reveal himself, and the geula would finally, and obviously, get under way.

5778 was also the year when I thought I’d finally got to the point of being able to buy our own place in Jerusalem, thanks to the money my mother-in-law left us when she passed away, on the third day of the new year.

We even found the place…we even signed the contract…we even arranged the moving date… and then it all unraveled in the most yukky, stressful, awful way ever.

Instead of having a hanukat habayit, I spent months Google translating legal documents and writing letters to lawyers, and praying my socks off that our erstwhile seller wouldn’t take every last penny we owned.

One in a Generation

Well, I was half-right.

The more I pinned down the facts to show that the Rav was completely innocent of any wrongdoing, and had just been hounded, persecuted and framed by a bunch of very disturbed individuals, the more the psychos online switched from ‘rational arguments’ about the facts of the case to ad hominem attacks on yours truly.

And there were a lot of other ‘failures’ and ‘unattained desires’ going on last year, too, behind the scenes, in a whole bunch of different ways.

No energy for the new year

So, 5779 began, and I had absolutely no energy or enthusiasm for it. What, I’m going to start trying to move again after everything that’s gone on? I’m going to try to get something ‘done’ again, when nothing really gets anywhere, despite maximum effort? I’m going to sit and do more mind-maps on ‘priorities’, and more big lists of things to do and books to write, and make more big plans about where I’d like my life to go and how I’d like it to look?

Don’t we all know it’s not going to happen, it’s just going to be more wasted time and effort?

I realized, this apathetic, lazy, and at least a bit despairing attitude has been coloring my thoughts for months.

As always, understanding the cause of the problem is always the most important element of solving it. So once I read that laziness comes from unattained desires, it became really obvious why I’m acting and reacting the way I am at the moment.

How can we turn this around?

But what to do about this? How to get out of this apathetic rut?

That’s what I’ve been pondering the last couple of weeks in my hitbodedut, and the answer that I’ve been getting back is to value the small stuff. Like, time to be able to talk to my husband and kids. Like, the fact I can walk, and even better, walk around Jerusalem. And like, the fact that I have a nice, spacious place to live in, even though it’s not mine, and even though it’s apparently in the wrong area (more on that topic another time.)

This Shabbat, I was looking around my poor, neglected home that has really borne the brunt of my ‘laziness’. I haven’t sponga-ed for months. I didn’t care how things are arranged, or what’s still in boxes, because who even knows if I’m staying here another 6 months?! I stopped caring if the duvets match the pillowcases.

Yes, things got that bad.

Luckily, my kids have been picking up a fair bit of the slack, as they like the place to look presentable for their friends, so there’s no rats, mold or anything too disgusting going on.

So there I was on Shabbat, doing hitbodedut, and realizing that keeping my house clean is actually a very important, and very meaningful part of life after all, when my husband came over and told me something the Rav had said in recent shiur:

When a woman cleans the floor of her home, it’s considered in Heaven as though she’s cleaned the floor of the Beit HaMikdash.

It’s a small chiddush, but it’s made the world of difference to my outlook.

Sure, we haven’t got the real Beit HaMikdash yet, sure, things are still so unfinished and so incomplete and so lacking for so many of us. But if I clean my floor, with its old, yucky, crumbling tiles, God still considers it as though I cleaned the floor of the Beit HaMikdash.

So, that was enough for me. This morning, I did some ‘housewife hitbodedut’ for the first time in a long time, and I cleaned the floors and washed them (and it’s not even Pesach…)

I told God, “Hashem, please consider this as though I’m cleaning the floor of the Beit HaMikdash!’, and for the first time in ages, I felt like I wasn’t just wasting my life.

But I also told God that when the real things shows up, He should probably find someone else for the job. Sponga is really not my strong point.

Rav Yehuda Sheinfeld: The informers won’t be part of the Jewish nation