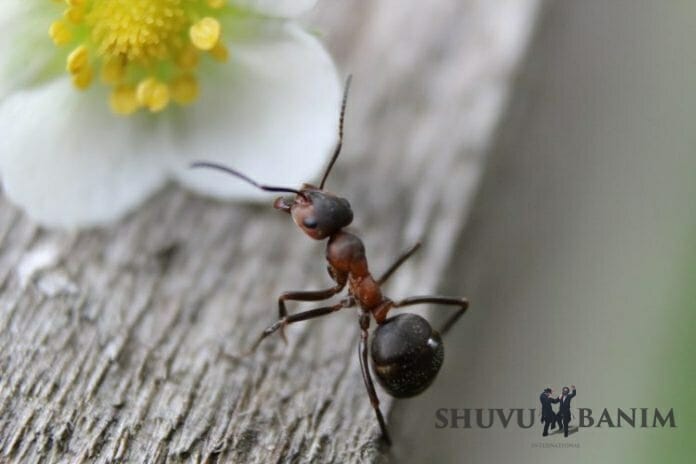 Continuing our English translation of the Etzot HaNahal compendium of advice from Rabbi Eliezer Berland, shlita, based on the teachings of Rebbe Nachman of Breslov.

2. A person’s arrogance and pride pulls him into laziness and sadness.

If he didn’t have pride, he would never feel sad and depressed.

I prayed with kavana (correct spiritual intention), I cried out in my prayers, I came to the dawn minyan – and now he feels like he’s better than that other one who is still sleeping in his bed, everything goes to the Sitra Achra (the dark side).

4. Prayers are more accepted when they are accompanied with lowliness.

5. Noach sought out his own disgrace.

I’m only a tzaddik because I had wonderful parents and grandparents. Nothing is on my own account.

6. Noach merited to continue the human race because he was the most persecuted man in his generation.

7. A person only comes to the Tzaddik in order to receive some humility and lowliness.

And also, to hear some words of Torah.

8. The best advice to overcome the yetzer hara is to cultivate some lowliness.

9. We have to minimize ourselves before the Gadolim (people who are bigger than ourselves), and to believe in all the Rebbes and all the Tzaddikim, and all the Rosh Yeshivas.

First, stop speaking against Tzaddikim! Stop denigrating the Rebbes! Stop thinking that you are the biggest Tzaddik of them all.

They aren’t a Rebbe, they aren’t a Rosh Yeshiva – but they cry over their tehillim. As soon as they open their tehillim, a great river of tears starts to flow from their eyes. Are you on their level? Could you ever even get to reaching the dust of their dust?

12. How can you even speak against a rasha (an evildoer)?

Tomorrow, he’s going to make teshuva, and then he’ll overtake you by a million spiritual levels. He’ll ascend by a million light years. You will never be able to ascend like that, and keep up with his pace.

13. What can we do, everyone is climbing over you?

14. What stays behind, a little, is our self-pride, and the idea that ‘at least I’m worth something’.

You’re worth something?! You have no idea what you are or who you really are, or which reincarnation you come from. What do you know about your past incarnations? Or where you came from? Or what you actually did, in your previous lives. You don’t know! And so, you imagine to yourself that maybe, you really are a bit of a tzaddik.

The more a person knows that he’s the least of the least, the more spiritual satisfaction ascends from him to the highest of places. It’s not a surprise that the greatest tzaddikim are able to serve Hashem. But me, dafka?! I’m the lowest of the low, and it’s harder for me than for anyone else to learn Torah. So dafka, I will give Hashem the greatest amount of satisfaction.

I just need to hang on, and last the distance.

Always walk with your heads down, don’t look at what’s going on in the street, and accept insults with love. All this is the present you receive from learning the Torah.

Having humility doesn’t mean that someone crawls along on the floor, or that he always nullifies himself to his friends. Real humility is when you are happy all day long, and you’re praising God and thanking Him for every single thing. For every single breath, that Hashem breathes into you.

We need to thank even for the little bit of water that we drink – we need to tell Hashem a thousands ‘thank yous’ .

And when a person feels sad, or in a bitter, depressed mood, then this is a sign that he still has a lot of arrogance.

Everyone thinks that they are the biggest tzaddik, and that anyone else who doesn’t listen to me deserves the death sentence. I’m the holiest one, I’m the purest, I’m the one who guards his eyes. And then, he walks along and every moment, he’s thinking to himself that everything should be coming to him. Who are these people, who are depriving me?! Why are they always leaving me until last?!

And that other one? He slept for 10 hours, and only now he’s waking up, and he feels so broken and exhausted and pitiful. He can’t learn Torah, he can’t pray – but he’s so broken, to the very point of brokenness, that all of the spiritual worlds are now resting dafka on this Jew.

And I’m walking along with all my arrogance, and I’m puffed up with pride, and “all this means nothing to me.” Every second, I’m getting more and more puffed up. Every time I wake up for Chatzot (the Midnight lament), I become even more inflated, every time I get up for the dawn minyan, I get even more puffed up – and this is all just the Sitra Achra (the dark side). And “all of this means nothing to me.” This only leads to the luchot (the stone tablets that held the Ten Commandments) being broken.

[1] Haman was the epitome of miserable ingratitude and taking things for granted, and this was Haman’s ‘catchphrase’, so to speak. He complained how his fabulous wealth, many sons and unrivalled political power meant nothing to him, as long as Mordechai the Jew refused to bow down to him.

You can see other posts in the ‘Advice’ series HERE.