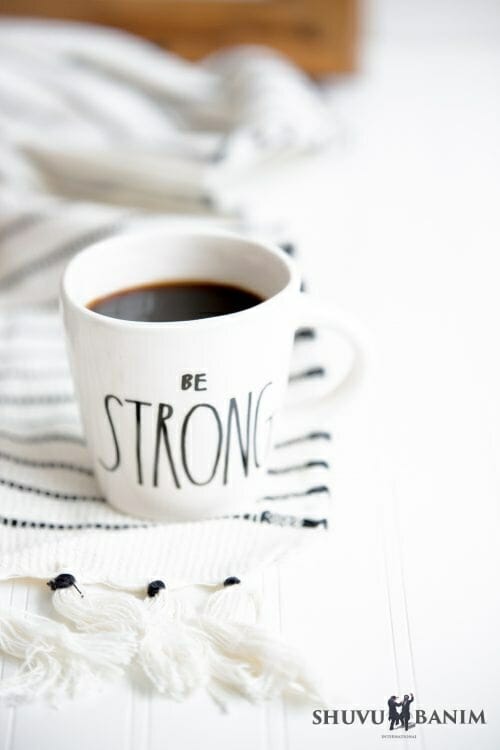 Continuing our translation of Etzot HaNahal, a compendium of Rav Eliezer Berland’s advice, based on the teachings of Rebbe Nachman of Breslov.

And if we have a very strong desire to get closer to Hashem, and to serve Him. It’s hard for him, but he still wants to serve Hashem. He wants to overcome his lusts and desires – but he’s fighting war after war.

A person doesn’t know what he’s inherited, and how many lifetimes he’s already lived through, or where his soul really comes from.

A person needs to know that things develop very slowly.

Rav Natan tells us, it’s not going to happen in a year, and not in two years – and not even in a bit more time than that. It’s only going to happen after a very long time! And then, we’ll merit to start praying with some passion, and to be enthusiastic in our prayers, and to pray with a sense of dveikut, or closeness to God. And then, we’ll merit to become much more diligent in our Torah studies.

He should know that he is with the Tzaddik HaEmet, the True Tzaddik, and that he is going to attain everything in the world!

He wants me to make teshuva, of course, but slowly, slowly. That’s how I’m going to manage to make real teshuva. And in the meantime, Hashem is happy that He made another creation.

Once he decides to rise up, there is nothing that can hold him back. He can get to the level of ein sof!

Whenever a person sees that a terrible sense of despair has overtaken him, this is a sign that he’s standing on the threshold of salvation.

A person needs to believe in himself, that Hashem has placed His godliness inside of him, and that he has a Divine soul inside of him. He can make teshuva! He can overcome every single one of his lusts!

A person needs to believe that he has a very lofty soul – he has one, and his friend has one too. Each and every person has a high, lofty soul. And this is the essence of the essence: that every person from the nation of Israel possesses a good point, where at that point he’s a tzaddik. More and more, we need to strengthen ourselves, and to gird ourselves, to believe in ourselves.

This is the secret of bitachon, trust, and on this foundation, the whole building is built.

When a person is broken, then he is permitted to strengthen himself with the matter of ‘knowledge’. But we have to always proceed with the idea of ‘free choice’. We have to be greatly happy all the time, that “I’m a Jew.”

He gets up for chatzot, he goes to do hitbodedut (personal prayer) in the field, he gets up for the vatikin (dawn) minyan – there are those who can do all these things easily. But, they aren’t achieving any yichudim at all.

But really, it’s the opposite.

The other person doesn’t have a yetzer hara – because if he did have a yetzer hara, he’d immediately go and break Shabbat. But you – you’ve got some brains! So they gave you a yetzer hara, to come and fight with you, in order for you to break it. That other guy, he’s dumb – but you, you’re intelligent, and that’s why you got given such a big yetzer hara.

In order for you to break it.