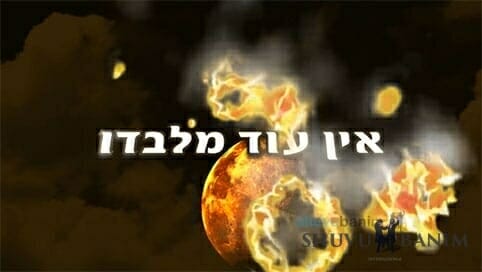 Clip of awesome words of emunah [faith] from our teacher, Rabbi Eliezer Berland shlit”a, on the greatness of Hashem Yisbarach, and on emunah and bitachon [trust] in Him in every situation

(these words were cut from recordings of longer lectures, background music was added in post-editing)

“If you don’t have intelligence, then you can’t have bitachon.  Bitachon (trust) and emunah (faith) are inherent in the Jewish people — if you learn Torah, then you have bitachon.

“Our entire avodah [struggle in serving Hashem] is to reveal G-dliness also in the empty void — to show that there is Hashem also in Auschwitz — there were Jews who put on Tefillin inside the gas chambers.

“All death, all sin, is only that the person forgot that Hashem created him — forgot.

“The heart of the simple Jew who says Tehillim and now does teshuva is the best!  He knows that Hashem created the world.

“That a person is able to believe — everyone believes, but to believe in actuality that Hashem is here and hears me, He sees me — then [you believe that] Hashem knows what He’s doing — Hashem knows better than I do.

“A person thinks he is the navigator of life — he navigates his own life; he decides what is good and what is bad — Instead of this, cast everything onto Hashem, onto the Tzaddik, ‘Cast your hope onto Hashem’ (Tehillim 55:23).

“Then you will see that all the sand that they put for him in his box turns into gold (reference to the story of Nachum Ish Gamzu).  That he will know that there is nothing except for Hashem; there’s no thieves, no bandits, no one did me evil.

To see the video of Rav Berland’s words, click below:

Don’t Fear, There Are No Wars, Only Rabbeinu – Daily Chizzuk by Rabbi Eliezer Berland Shlit”a

Rav Moshe Tzanani Shlit”a: How to Win the War Against the Evil Urge

Parashas Va’Eschanan — What Can You Give to Hashem? — Rabbi Eliezer Berland shlit”a