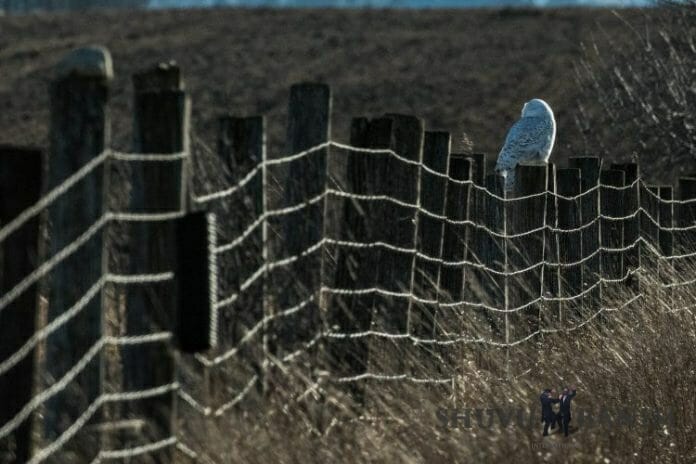 Coming off the fence

Every year, shortly after I drop my husband off at the airport to get the plane out to Uman, for the Rosh Hashana kibbutz, Hashem decides to send me some sort of massive, end-of-year test.

One year, all my credit cards stopped working the day before chag, when I still hadn’t done the lions’ share of my purchasing. I had to borrow the money my kid had made from babysitting just to buy what I needed to get through the chag.

Then another time, someone I’d thought of as a friendly acquaintance decided to turn into a psycho two days before the holiday, and sent me a long, horrible email itemizing all my character flaws, and demanding endless apologies. My crime? I’d suggested that she should try to talk to God about her problems, instead of trying to blame them on everyone else in her life.

And then, there’s what happened this year, approximately two hours after my husband had boarded his plane to Borispol airport, and was no longer contactable.

Read all about it!

I got an email from a fellow blogger, breathlessly asking me if ‘I’d seen the latest’. My heart sank, because this blogger has been sending me slanderous reports for a long time, in the expectation that I would rebut every single point and put her mind at rest for her.

But this time, I couldn’t do it.

This year, I’d just read the piece where Rav Berland had said that we’ll all have to come off the fence, and pick a side, as part of the birur, or clarification process that precedes the coming of Moshiach, and I suddenly realized that this person had been using me as some sort of spiritual shortcut, or figleaf, instead of doing her own inner work, and figuring things out for herself.

The Tzaddik is just a mirror

A long time ago, I read on this site that the Tzaddik is just a mirror. Whatever you see in the Tzaddik, that’s what you have going on inside yourself, both for the good, and for the bad.

So I suggested that this person go and do some hitbodedut, or talking to God, about what was really going on, as that was the only way she’d really get clarity, and quell her constant uncertainties and doubts.

Well, she certainly got her clarity.

When she finally took the time to really peek at the Tzaddik, she saw all her own innate yuckiness flashing back out at her, and before I knew it, I was in the middle of another firestorm of awful slander and lashon hara and religious hypocrisy, 24 hours before Rosh Hashana was meant to begin.

And my husband was out of phone contact, in Uman…

I asked God to just help me to keep my mouth shut, and to avoid pouring any more fuel on the flames of this latest machloket.

Then, the test got even harder: The blogger sent me an awful email accusing me of being ‘brainwashed’ and ‘belonging to a cult.’

24 hours before Rosh Hashana was due to begin.

I closed the pc down, unplugged it, hid the internet stick and did my best to try to completely ignore all the negative emotions and rage that suddenly started flooding up and out like the inundation of the Nile.

We are judged how we judge others! I cannot spend the whole of Rosh Hashana feeling angry like this, and upset like this, God forbid! I must just concentrate on the chag, and deal with all this the other side, in 5779.

The wheels come off the anger bus

It helped that God let me do a six hour hitbodedut session, to take the edge off things. And the first day of Rosh Hashana, I thought I’d successfully made it through. But then the second day, the wheels came off the anger bus – in the middle of the Shemoneh Esrei – and I found myself consumed with anger at this person, and completely disgusted by the whole Jewish blogosphere, and the internet generally.

Don’t I know it’s pure poison for the soul? Don’t we all know that? And yet, I seemed to be stuck in one of the most toxic parts of the internet, battling anonymous psychos who believe that speaking lashon hara and slander about huge Tzaddikim is the best way to bring the geula…

The answer came in a flash, still during the Shemoneh Esrei: delete your blog, and get offline.

Immediately Yom Tov ended, I turned on the PC, retrieved the internet stick – and pressed delete on my blog, Emunaroma.

Yes, I’d been doing it for four years…yes, I had a huge audience….yes, I’d put so much effort into it. But so what? I felt the blog had now transformed from a blessing to a curse, and it was time to pull the plug.

My husband flew back in to Israel the next day, and I told him what I’d done in his absence. He gave me his steady stare (the one he likes to use while he’s carefully weighing up his options), and I explained to him that I’d willingly sacrificed the blog, to atone for all the lashon hara and slander and machloket and anger and pointless waste of time it had pulled me into over the years.

At that point, I felt like I never wanted to touch the internet, ever, ever again.

But God apparently had other plans.

A few days’ later, the owner of the RavBerland.com site got in touch to ask me whether I’d like to start blogging here instead, about things that might interest ladies on the net with Breslov tendencies.

My initial reaction was “no!!!”

Not because I don’t know what a huge zchut it is to do anything for the Rav, but because I felt that the internet was such a tumahdik place, I really didn’t want to go near it again.

On Rosh Hashana, God gave me a glimpse of how perilously close I’d come to losing my soul, as a result of rubbing shoulders with the anonymous psychos online, and it had scared the pants off me.

But as is my way, I went to do some hitbodedut about the proposal before giving a firm answer, and the surprising message I got back was to say ‘yes’.

The safest place in the world

There is no safer space, spiritually, to be blogging online than at RavBerland.com, where the Rav’s protection and guidance can be clearly felt. There is no better stuff to be writing about than Breslov, and talking to God, and trying to work on my myriad bad middot the Rebbe Nachman way.

That story of the Levite singer with the amazing voice popped into my head – you know the one. He’s a great singer in the Temple, and the crowds flock to hear him every Succot, and every Pesach and every Shavuot. And then one year, he gets sick of it all and refuses to sing for them. He died shortly afterwards, because Hashem told him:

“You were only created to rouse the crowds in the Temple with your voice to greater service of Me. If you’re refusing to do your job now, there’s no point you staying on down there.”

I have to use my talents to serve God, and to help his Tzaddikim. That’s probably the whole point why I was created in the first place.

Coming off the fence

The clincher came when I re-read what the Rav had said about people needing to come off the fence before Moshiach finally comes, way back in 2013.

I realized, I have to come off the fence. I have to publicly and clearly show that I am behind the Rav 100%, come what may.

And the best way of doing that is to come over here, and start writing.

BH, this blog is not going to be about fighting the darkness. I’ve been doing that for two years already, and let me tell you: it’s a complete waste of time. Facts aren’t going to change anyone’s mind, because they aren’t seeing ‘facts’ when they look at the Tzaddik: they are just seeing their own bad middot.

So, this blog is going to be about spreading more light, more of Rabbenu’s light, more of the Rav’s light. And there is so much of that to put out there…