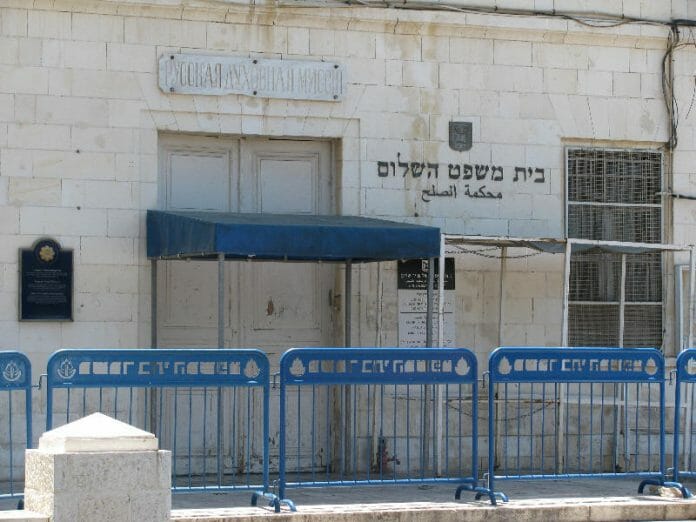 Jerusalem Magistrate Court at the hands of Judge Joya Skappa-Shapiro ruled today, Wednesday, that the 218 days in which Rabbi Eliezer Berland is being held without a trial is not enough since the trial is “due to begin soon”.

For those of you who find it hard to believe that in the so-called democratic state of Israel someone can be locked up without a trial, let us remind you about the law of “remand until the end of proceedings” which states that when there is “Reasonable cause for concern that the suspect will endanger the safety of a person, public or the state” a person can be held in prison up to 9 months while waiting a trial. This law was understandably instituted for known terrorists who’s release will more than likely cause great harm to the public and state. However, with the recent pressure of left-wing groups such as B’Tselem, this law is not so commonly used on terrorist any more.

IN FACT, the Judge, Ms. Joya Skappa-Shapiro  who ruled today for the second time that Rabbi Berland will be held in custody until the end of proceedings, is the same Judge who ruled earlier that terrorist Musbah Abu Sbeih should not be remanded, and set him free to the Jerusalem streets until he carried out the horrible terrorist attack on October 9th which left 2 civilians dead and 5 badly wounded. WITH BLOOD STILL ON HER HANDS she UNABASHEDLY slaps the Judgment fit for a terrorist on an 80yr old Rabbi that did NO CRIME AT ALL!

In June 2015 Yael Stein from B’Tselem wrote and article titled “IN ISRAEL’S COURT ONES FATE IS SEALED LONG BEFORE TRIAL” in which she states “As a result of this (remand until end of proceedings) policy, in most cases defendants are held in custody for the duration of their trial. Knowing that a trial will likely take longer than the prison sentence they would receive in a plea bargain, especially on minor charges, most defendants hasten to sign such plea bargains. All too often, the decision to detain a person is tantamount to conviction, since the defendant’s fate is sealed at the time the decision to remand in custody is made, rather than based on the evidence. In other words, a pretrial decision, remand in custody of a person who has not been convicted, routinely renders the judicial proceeding meaningless.” See the complete article HERE

This policy today is reserved for Rav Berland. In fact, a Google search in Hebrew on “remand until end of proceedings” has Rabbi Berlands name on the majority of the result list.

SOMETHING NEEDS TO BE DONE.

Back to life after being stabbed over 40 times

Saved from the terrorist’s knife

Breaking: Shuvu Banim student is attacked by a terrorist in the Old City