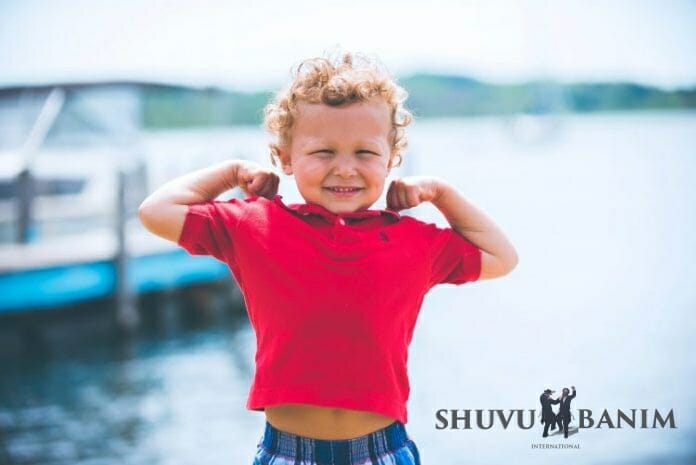 Each person’s setbacks stem from the fact that they are actually way worse than they think they are.

A person needs to know that he’s really much worse than he thinks he is!

And all of his setbacks are totally nothing, compared to what could really happen to him.

After Hashem said to Yehoshua that no man would stand before him, Hashem promised him that all 31 kings, everyone, would turn to dust, and that everyone would fall.

Big stones will fall from the sky, say ‘the sun in Giv’on stand still, and the moon in the Ayalon Valley.

After all this, Hashem said to him chazak ve’ametz (fear not! Be strong!)

Because we always need to tell a person chazak (fear not!)

A person, wherever he finds himself, even if he’s Rabbenu, (Rebbe Nachman), who said of himself that he could comprehend in a second what it would otherwise take a lifetime to do – Rabbenu also said I want that someone else should say chazak to me.

For as long as a person continues to be in his body, he can fall into yeoush (despair) every single second. He’s already thinking gamarnu, it’s all over, it’s already the end.

A person feels embarrassed, what, someone needs to strengthen me?

But as long as a person is still in his body, he feels despair.

Yehoshua got the sun to stand still in Giv’on, and the moon in the Ayalon valley, but he still lost people in [the battle of] Ai. A person falls into yeoush every single second, so Hashem says to him fear not, be strong!

You should know, that I’m telling you chazak ve’ametz.

A person always needs to be told chazak ve’ametz.

And so, when we finish a sefer (book of Torah learning), we need to say chazak ve’ametz! Continue on! A person finishes his sefer, gamarnu, now he’s already falling into despair. Now, he’s going to have to learn another sefer, and another sefer? Now, I only finished one sefer…