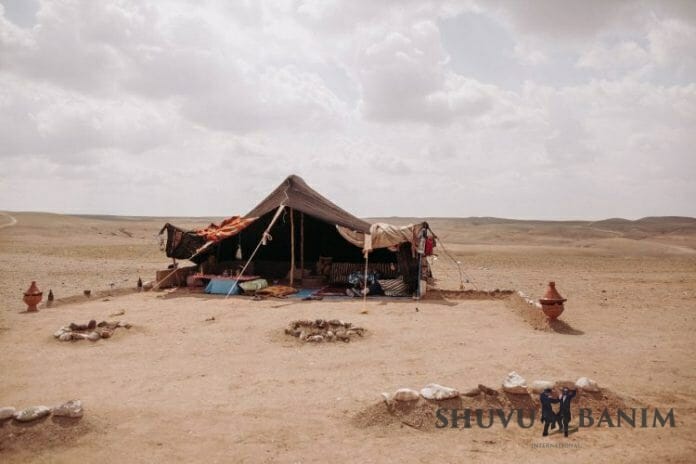 When Hashem distances Himself – this is a tikkun

The Mei HaShiloach says, when a person finds himself ‘outside’ of the camp, this is a tikkun (spiritual rectification).

He needs to say, Ribonu shel olam, Master of the World – thank You so much!

The Mei HaShiloach explains that a Jewish man comes out of the Sukkah humbled, when it rains, because he accepts the judgment with love.

This is like what Ruth said, when she [said] spread your cloak over your maidservant.

I’m totally unworthy of being a Jew. What, I can be a Jew? I can become attached to the Holy Nation?

But, accept this with love!

And it’s like with the Cohanim, when they tell a Cohen that he has a blemish[1], and so he can’t serve [in the Temple]. He has some sort of abrasion, some sort of callus – so you can’t serve!

Those whose soul root is from the nation of Israel, when they tell them to get out of the camp, they accept this with love. They leave with enthusiasm.

I believe that I can’t perform the mitzvah of Sukkah, I’m not worthy of performing such a mitzvah, which is called by the name ‘Sukkah’. I’m not worthy of sitting in the shade of the Sukkah. Something that the other nations of the world just don’t have.

And each one of us will experience this.

[1] If a Cohen has a physical blemish, he is barred from performing the priestly duties in the Temple.