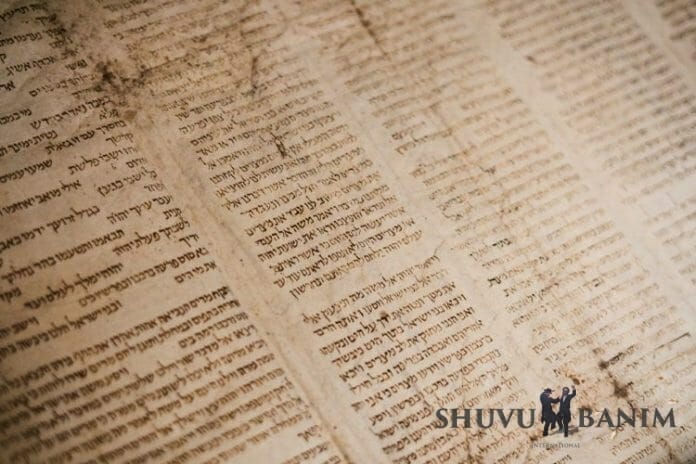 And so, Am Yisrael fell into the sin of the Golden Calf

It’s written that it wasn’t fitting for Am Yisrael to have been involved in the deed of making the Golden Calf, and that everything was only in order to merit them to have shaflut (lowliness).

They’d got to a stage of having such arrogance – that they’d seen Hashem face-to-face – so there wasn’t really any choice, except to tip them into such an obscene thing.

Rashi says this, that this was a decree of the King. All of them were gibborim, (heroes), who were ruling over their inclinations, and it wasn’t at all fitting for their evil inclinations to have got the best of them.

This was totally not appropriate.

Quite the opposite. They got some additional arrogance.

So, it was a decree of the King, to throw them into such a lowly thing.

From here we learn that if a person each time wants to make teshuva, and each time he wakes up, and each time he’s shaken by his failures – this is a sign that this [i.e. his sinning] was a decree of the King.

But if it’s ‘good’ for him when he falls – then Hashem should have mercy on him.

But if each time he’s shocked – where did I fall to?! What’s going on with me?! Why did I fall? Why couldn’t I go the distance? – this is a decree of the King.

Also by us, if each time we are also shocked by our failings, and cry about our spiritual falls, and we run to the field to the cry out; or run to the Kotel to cry out – so this is a sign that all the falls are just a decree of the King, in order for us to receive more lowliness.

And all of a person’s descents is just a decree of the King.

But only on condition that he is shaken and makes teshuva from love.

And thus, in the place where a baal teshuva stands, big tzaddikim can’t stand.

Because the ikker (whole point) is the preparation.

“The more a person is a man of truth, the more they fight against him”