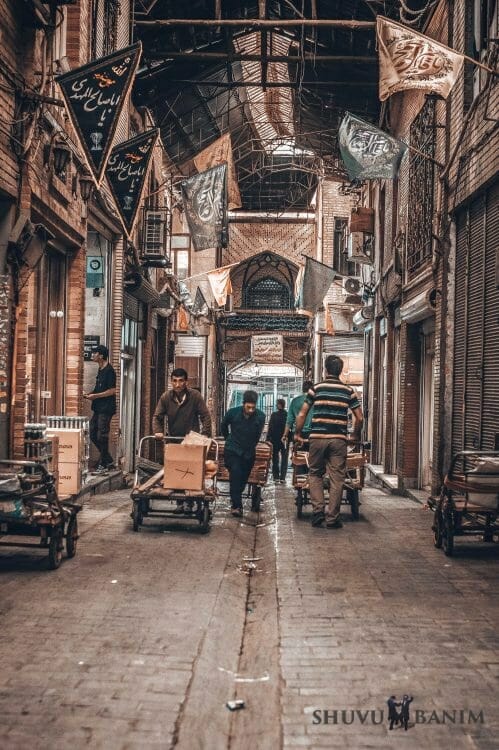 Continuing our serialization of One in a Generation, Volume II

A week before the Rav ended up leaving Morocco, he sent his gabbai back to Israel with instructions for him to gather as many high-level university books he could find on the topic of nuclear engineering, as well as any books describing the physics and other scientific knowledge required to build a nuclear bomb.

The gabbai returned to Morocco with these books very shortly before the Rav left, and later traveled with them to Johannesburg. One of the students who moved with the Rav heard him say: “I’m going to make a big balagan in the nuclear reactor!” – clearly, referring to disrupting the Iranians’ plans at the spiritual level.

While hasty arrangements were being made for the Rav to leave Morocco, over in Geneva the heads of the G6 nations were meeting, under orders from the president of the United States, Barack Obama, who wanted to explore a way of “making peace” with the Iranians.

This historical meeting ended with an agreement being signed that would in practice enable the Iranians to create a nuclear missile within a very short period of time. Everyone knew which country the Iranians would be aiming at first.

In 2008, when Obama first became president, the Rav commented in one of his public lectures that a modern-day Achashverosh had just been elected in the United States and that his government would be a terrible thing for the Jews, as he was one of the most evil people to have been elected to power for a very long time.

The Rav explained that Obama wasn’t only the Jewish people’s problem.

He would also turn out to be the American people’s problem, too, as he was only interested in how best to destroy the country he’d just been elected to lead.

In subsequent years, President Obama had been posing as the concerned “friend” of Israel, warning them away from neutralizing the Iranian nuclear program themselves because he, Obama, was going to take care of the problem himself. He made a lot of promises to Israel and other concerned countries that he would ensure that Iran would never be in a position to develop a nuclear bomb.

The world took Obama at his word — until, in 2013, the point was reached where alarm bells started to ring throughout the international community that the Iranians had already passed the point of no return with their uranium enrichment program, and  that it was no longer possible for Israel — or anyone else — to bomb their nuclear reactors. At this point, the American president revealed his true colors and convened an international meeting that appeared to have an agenda designed to ease the passage of the Iranian nuclear bomb into the world.

When Rav Berland spoke at the gathering of 8,000 people in the Winter Stadium in Tel Aviv, at the peace rally he held in June 2012, he explained that the president of Iran was a modern-day Haman. The Rav said then:

“The leaders of the world have been telling each other that it’s a shame that Hitler, may his name be blotted out, didn’t manage to finish off the Jewish people, but don’t worry — now we’ve got the president of Iran to complete the job! But,” the Rav reassured the crowd, “Am Yisrael will prevail in the end!”

The Rav explained that Obama, the American president, wasn’t at all bothered by the fact that the Iranians were developing a nuclear weapon. He was only making a big show about wanting “peace” with the Iranians in order to tie Israel’s hands and prevent them from making a pre-emptory strike. Now, in Geneva, the mask was finally off, and Obama was busy encouraging the world’s leaders to “make peace” with the genocidal leaders of Iran.

But all this was foreseen by the Rav, and by many of the other holy leaders of Am Yisrael. Rabbi Yehuda Bracha, for example, published a Hebrew pamphlet around this time called “The Last Chance,” which contained many midrashim that describe what would occur in the end of days, including references to what can be understood as referring to a nuclear bomb.

Whatever spiritual work had already been done by that point was still not enough to tip the scales in the favor of Am Yisrael. Obama and Ahmadinejad were coming ever closer to developing a nuclear bomb, and now a group of the world’s leaders were poised to sign on the Geneva Agreement, which would officially permit Iran to go nuclear.

“IN 2 MONTHS, THEY’LL HAVE A NUCLEAR WEAPON!”

Throughout his stay in Morocco, the Rav had returned to the theme of Iran’s nuclear bomb on many different occasions. Rumors had abounded in the media for months that despite all the international sanctions and pressure, Iran had nevertheless managed to produce enough fissile nuclear material to produce seven atomic bombs. Many weeks before the Rav left Morocco, he’d left his students in no doubt about where the Iranians were holding with their nuclear program:

“In two more months, the Iranians will have a nuclear weapon!” he’d declared to his shocked students.

Once again, the Rav’s foresight was astounding.

The Chanukah when Rav Berland decided to leave Morocco, the king of Saudi Arabia had just flown out to the United States to urgently discuss the Iranian bomb, exactly as predicted in the Midrash Yalkut Shimoni.

In a midrash from the Yalkut Shimoni (Yeshiya 60) it says the following:

“Afterwards, the king of Persia will destroy [most of] the world. The remaining nations will be hysterical and frantic and fall on their faces and will be seized as if by birth pains.

The Associated Press at this time reported that Obama’s administration had been conducting secret bilateral negotiations with the Iranians for months, without anyone else being any the wiser about what was really being discussed or agreed to.

Meanwhile, a French newspaper reported on November 20, 2013 that the French Foreign Minister Laurent Fabius had privately complained of the discrepancy between official multilateral negotiations and “a detailed accord John Kerry had negotiated in parallel with Iran.” When it came to the Iranians and the nuclear bomb, Obama had pulled the wool over everyone’s eyes, exactly as the Rav had predicted many years earlier.

The Israeli government was in a panic, and the papers were full of headlines screaming that the Israeli prime minister was begging someone to intercede and stop the Geneva Agreement from being signed.

The last day of Chanukah found Rav Berland deep within Africa, where more trials, self-sacrifice and miraculous occurrences were awaiting him.

You can also buy One in a Generation Volume II on Amazon HERE, for just 99 cents for the Kindle version. If you like what you’re reading, please help us to do hafetza by leaving a review on the Amazon page, to encourage others to read the book, and discover the truth about Rabbi Eliezer Berland.

The problem is not Iran’s nuclear bomb