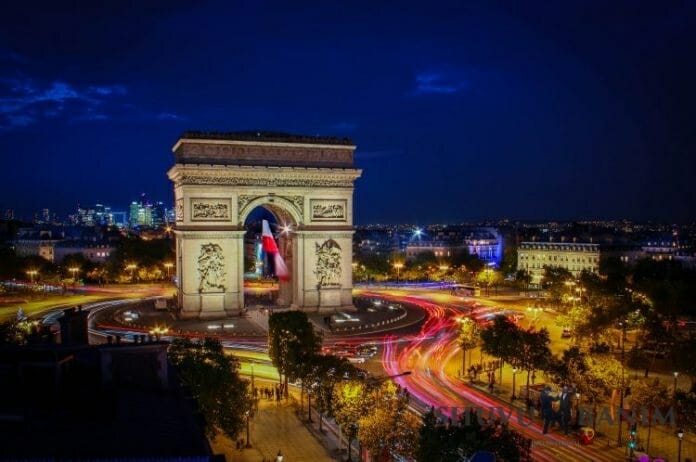 Who are we really loyal to?

Over the last couple of years, I’ve come to realise that Rabbi Berland’s conversations and stories are operating at a level that most of us can’t even guess at. Like Rebbe Nachman before him, when the Rav is talking about a subject, he’s not just ‘talking’ – he’s mamash dealing with the spiritual force enclothed within it.

When Rebbe Nachman of Breslov gave over his Sipurei Maasiot, it gave him great pleasure when his main students Rabbi Natan and Rabbi Naftali started arguing over what a particular word or phrase meant, and straining themselves to ascertain exactly what the Rebbe has said, and what it signified.

Recently, I read something that said that every time we strain ourselves to try to decipher the true intention of the Tzaddikim, that is a form of ‘rectification’ and teshuva all by itself. So, with that introduction, I thought we’d take more of a look at what Rabbi Berland was saying last week about Napoleon, and the Great Sanhedrin.

If you haven’t already, you can read the post HERE.

Now, let’s try to break it down into some main themes, or ideas.

1) The Rav keeps talking about a ‘Rabbi Yaakov of Galuna’.

The Rav’s ‘Yaakov of Galuna’ is somehow equivalent to the Baal Shem Tov, who ‘finds the money’ on Erev Pesach and then goes off to bring his servant Rothschild back from exile, and to bring him back under his control. In the Rav’s story, this ‘Rothschild’ refuses.

I’ve been researching this to the best of my ability, and I can’t find any hint of a real ‘Yaakov of Galuna’, or Galina, or Galona. I have the feeling that the Rav is using his conversations about this ‘hidden tzaddik’ Reb Yaakov, who perhaps never existed, as one of the ways of sweetening the way all those morally corrupt billionaires are controlling everything from behind the scenes.

So now, with this new piece of info, I’m thinking that the Rav is trying to do ‘Azamra’ on the Rothschilds, and to find the point of merit that will tip them into making teshuva and coming back to Hashem.

Moses Amschel Rothschild DID exist, and did spell his name two ways as the Rav said, both Amschel with an ‘m’, and Anschel, with an ‘n’. But he wasn’t the shamash to a ‘Rabbi Yaakov’ (at least, not according to Wikipedia!)

Rothschild the first was actually a Jewish money changer who lived in the Judengasse, or ghetto, of Frankfurt, Germany, together with his wife and 8 children, 5 sons of whom survived into adulthood. He died in a smallpox outbreak in 1755, when he was around 45 years old.

So, why is the Rav saying Rothschild was 70 in the story with Rav Yaakov of Galuna?

One possibility is that 70 is the end of an era. Rabbi Akiva Tatz gives a shiur where he explains that every great movement seems to exist just for 70 years, and then its star wanes and something new appears to replace it. The obvious example is Communism, which began with the Bolshevik Revolution in 1917, and famously ended with the USSR imploded just over 70 years later, in 1989.

What other ‘isms’ or movements can you think of, that have also been going for around 70 years, whose star is also now starting to wane?

2) The Rav keeps talking about Napoleon trying to conquer Israel.

First, the historical facts. There really was an ‘Al Jazzer’, who was the Turkish Pasha, or ruler, over Israel and Syria in 1799, which was the time when Rabbi Nachman made his trip to the Holy Land, and when Napoleon tried to conquer the Land of Israel.

Al Jazzer means ‘The Butcher’ – and by all accounts, this Pasha was a very violent individual. Napoleon’s Siege of Akko (which at that time was the administrative capital of Israel, kind of like Tel Aviv is today) began on March 19, 1799.

Napoleon launched on assault on Akko with around 13,000 French soldiers, which was the last part of his plan to conquer the whole of Israel, and annex it to the French colony in Egypt. Napoleon’s forces tried to storm the fortress walls of Akko six time – but they couldn’t.

The Turks had asked British Admiral Sir William Sidney Smith to help them defend Akko, and the British sailors came to the rescue. The British sailors kept rebuilding Akko’s walls to prevent a breach, and also kept demolishing the tunnels Napoleon was digging underground.

Does any of this ‘aggressive tunnel digging in order to conquer Eretz Yisrael’ sound at all familiar, from our own headlines today?

What harsh decrees do you think the Rav is trying to sweeten, with this story?

But that wasn’t the only, or even the main, help provided by Sidney Smith and his sailors. This comes from Akko City Council’s own website, describing the ‘Napoleon Trail’ tourists can take around the city:

“The main reason that the walls remained standing was that the siege artillery, which Napoleon fired from the stern of the ships, was entirely captured by Smith and raised to the walls. Not only did Napoleon lose his heavy cannons with his own two hands, they helped to drive him back.”

Or to put this in Talmudic language, the trap the French had prepared for Akko rebounded upon their own heads.

There really was a Rabbi Chaim Perachi, too, or ‘Haim Farhi’, as his name is given on the City of Akko’s website, which tells us:

“Haim Farhi, Jewish advisor to the Pasha and right hand man, played a key role in the city’s defense and organized 8,000 to 9,000 of the city’s inhabitants to battle against the siege.”

When the Rav tells us that Napoleon was trying to dangle the idea of ‘autonomy’ for the Jews in Israel in Farhi’s face, so that they would rise up and help him to overthrow the Turkish / Muslim ‘oppressors’, that’s all 100% correct.

(As a side point, it’s also correct that Al Jazzer cut off the tip of Rabbi Farhi’s nose and blinded him in one eye – he really did deserve his reputation as ‘The Butcher’. But in the end, Rabbi Farhi outlived him by a good long time.)

What does the Rav have to say, about the idea of co-operating with Western rulers with big militaries who claim they want to give the Jews in Israel ‘autonomy’, in return for helping them overthrow the Muslims in the Middle East?

Not a word the Rav says is coincidental.

There is a great deal to think about here.

If you’d like to learn more about Rabbi Haim Farhi – and why Rabbi Berland makes him an example of why the Sages tell us: “it is forbidden to bow down to the authorities” (Avot 1:10), you can read more about him here.

Long story short, Rabbi Farhi helped to support many of the Vilna Gaon’s students, and their communities, in Israel, until the new Pasha turned on him. Here’s how Rav Yisroel of Shklov described Farhi’s assassination:

“In the year 5579 (1819) on the eve of Rosh Chodesh Elul, the gevir Chaim Parchi was killed by the Pacha, the evil Abdullah. He killed him after he fasted on erev Rosh Chodesh after Maariv on the steps of the upper story of his home, and threw him into the sea at Acco. He was not buried.”

3) The Rav has talked – repeatedly – about Napoleon’s ‘Sanhedrin’.

You can read here about the 12 questions that Napoleon posed to this ‘Sanhedrin’, and the responses they gave, which were primarily designed to appease Napoleon and to curry favor with him, so he’d be good to the Jews living in his lands. According to the Jewishhistory.org website:

Napoleon did not just have a passing interest in these questions or the Jews under his control. He had a program of assimilation for the Jews and expected the Council to provide him with pat answers that would make it seem as if they were agreeing with his program. The Council, indeed, prepared answers in keeping with Napoleon’s wishes. They were not about to risk their necks. Additionally, many of them truly believed in Napoleon’s program to assimilate the Jews.

Jewishhistory explains that the rabbis gave Napoleon the answers he wanted to hear, even when they were patently false, because:

“[I]t was the answer that said the Jewish religion was subservient to the State and would not do anything against the wishes of the State.”

The whole point, the whole goal, was to totally undermine Jewish religious authority, rubber-stamp mixed marriages, and to speed the process of the total assimilation and destruction of the Jewish people along as fast as possible.

Does this remind anyone out there of what is happening today?

On the City of Akko’s website, they conclude their description of ‘The Napoleon Route’ with these words:

“On May 20th, Napoleon began his journey back to Egypt and from there, to France. His dream of an empire in the East vanished. Nonetheless, the expedition was the starting point for all the contemporary developments in our region, including the formation of the Zionist movement.”

This battle for the Jewish soul didn’t begin with us, and it possibly won’t even end with us. But if there’s one question that each and every one of us has to give some careful thought to, it’s this:

Who are you loyal to?

The ‘State’- whichever country you happen to live in – or to Hashem? To the dictates of the soul, or the dictates of the mind, that constantly whispers that we should stay in our comfort zone, suck up to corrupt foreign rulers, and not try to rock the boat or do anything too frum, or believing.

That is the question.

Rabbi Berland vs The Illuminati