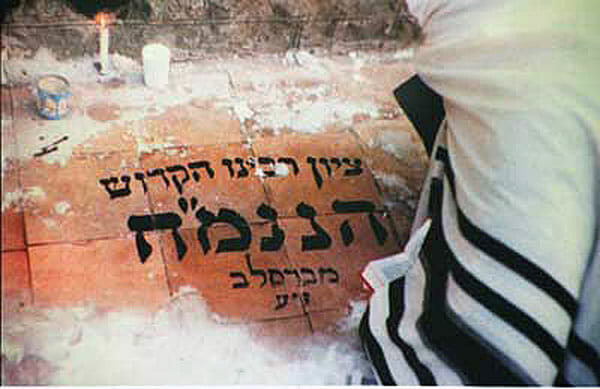 Teenagers and the True Tzaddik

Three months ago, my 15 year old came over to me and asked me if I’d let her go to Uman by herself, with a friend of hers who is also 15.

Not because I don’t think going to Uman is a great idea for teens – au contraire. It’s the single best thing probably anyone can do for their child, to connect them up to Rebbe Nachman as early as possible.

In fact, Hashem has helped me to take my two girls to Uman three times each, already, and each time they went, some big stuff moved, in a very positive way, both spiritually and emotionally.

But there’s a world of difference between me taking them to Uman as part of a family trip, and them going by themselves.

The Ukraine is not a nice country, even though the veneer of civilization is getting painted on thicker every year. If it wasn’t for the fact that Rebbe Nachman, and some other ginormous Tzaddikim, were buried there, I wouldn’t touch it with a barge pole.

As it is, Rabbenu taught that everywhere a true Tzaddik is buried attains an aspect of Eretz Yisrael, and you can see that clearly with your own eyes in Uman, on Pushkina street, where all the signs are in Hebrew, and all the music blaring out is Rabbenu Trance.

Even the non-Jewish taxi drives there drop ‘Baruch Hashem’ into their everyday conversation, and tell you about all the miracles ‘the Tzaddik’ is doing for people.

Long story short, the kid didn’t give up.

Her friend had never been before, and it was really the friend who was the main engine for them to go now!!! As soon as possible!!!

I ummed, I ahhed, I prayed on it. I offered to come with them as a ‘silent chaperone’ who would pretend we weren’t related, and would avoid talking to them as much as possible. At 17, my oldest daughter has got past that stage where being seen in public with a parent is as appealing as sticking a fork into your eyeballs. At 15, my youngest one hasn’t, so that was rejected out of hand.

And still the kid didn’t give up.

So then, I prayed on it some more, I ummed, I ahhed, and then I told the kid: you can go with a women-only tour, where you are surrounded with enough people to keep an eye on you, and all the transportation, accommodation and food is taken care of.

Those trips can be expensive, especially around Chanuka time, when so many people like to go, but I could see that Rabbenu was calling them both – they didn’t stop talking about it for months, literally, and the friend even started working like a crazy person, to try to get the money together – so really? What could I do?

They found the group…the group agreed to take to 15 year olds, as long as we got notarized documents that said they had permission to leave Israel alone…we got the money together to pay for it…

And this morning, at 2am, me and my husband took them to the airport.

Of course, we came in with them too, at a discreet ‘non-embarrassing’ distance away, where we could check that they’d hooked up with the group OK, and that all the paperwork was fine. I felt like Mossad, spying on my daughter over the top of the self-check-in computer stand thingy in Ben Gurion.

Which of course is when Hashem sent me a news article telling me that Ukraine is having a low level war with Russia, and voted to implement martial law two days ago….

Uman always brings up the work a person has to do, one way or another, so I’m sitting her typing, and trying not to feel too much panic and worry.

God’s in control. Rabbenu’s got my daughter’s back. The Ukraine is always in some sort of state of chaos, meltdown and turmoil.

And in the meantime – I’m off to do some praying at the Kotel, because my brain doesn’t seem to be functioning too well today.

Annoying as these teens can be, we still all just love them so very much, don’t we?

And when my daughter gets back, I’m going to make sure I tell her.