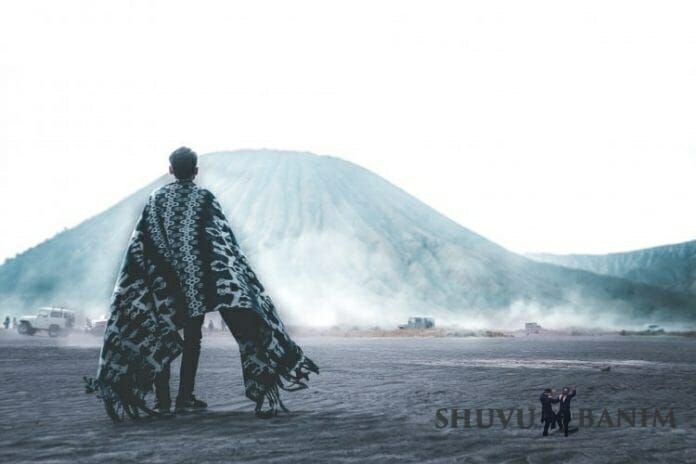 Everyone is going to convert

Excerpt of a shiur given by Rav Eliezer Berland, shlita, on Wednesday of Parshat Pincus, 5778.

Shimshon [contained the souls] of both Yafet and Shem[1]. On the shoulders of both of them, they united to go forward together under one covering[2]. So, Hashem brought them together into one soul, the soul of Shimshon.

For all of us are fused together from a few different souls.

The good needs to overcome the bad

The soul of Shem should have always overcome the soul of Yafet. The moment that Shem’s soul would have overcome Yafet’s, then it would have stopped acting evilly.

But if a person fails to guard his speech – if even just one incorrect word comes from his mouth – then he won’t be able to make his ‘good’ overcome his ‘bad’. Because Shimshon failed in one single word, so Shem couldn’t overcome Yafet – and the good couldn’t overcome the bad.

Everyone comes down [to planet earth] to fix netzitzot, sparks of their soul. There are sparks from tzaddikim, and there are sparks from reshaim (evildoers), as we saw by Rabbi Akiva, who contained a spark of Zimri. And the 24,000[3] that died at the end of Parshat Balak, Rabbi Akiva needed to rectify this matter. (They were the 24,000 students who died between Pesach and L’ag B’Omer).

Every non-Jewish woman wants to convert

Every non-Jewish woman needs to return in a different reincarnation to be a Jewess, because all the non-Jewish woman want to convert. If, God forbid, she misses her first opportunity [to convert], then she will have to return in a different reincarnation, as happened to Cozbi, who returned as the wife of the rasha Turnus Rufus. And then she did convert.

So ultimately, everyone SHOULD convert, like Rahav[5] converted. In the future, everyone will convert, all the non-Jewish women.

And so, Rabbi Meir said that it’s permitted to lekadesh (sanctify for marriage) a non-Jewish woman on the basis that she will convert, because every non-Jewish woman want to become a Jewess.

There is no goy that does not want to become a Jew.

[2] Referring to when the two sons went forward together to cover up Noach’s nakedness.

[3] Zimri was the Prince of the House of Shimeon, who sinned with the Midianite Princess Cozbi, and was killed by Pincus. 24,000 men from the house of Shimeon subsequently died in a plague as a result of their licentious behavior. These 24,000 were reincarnated as the students of Rabbi Akiva, who died between Pesach and L’ag B’Omer.

[4] Turnus Rufus was the Roman Governor of Israel at the time of Rabbi Akiva, and a Jew-hater. When Rabbi Akiva’s first wife, Rachel, passed away, Rabbi Akiva ended up marrying Turnus Rufus’ wife who’d left him and converted to yiddishkeit.

[5] Rahav was a woman of the night who lived in Jericho at the time the Israelites conquered the Land of Canaan, and who gave shelter to the Israelite spies Joshua had sent to spy out the land. Rahav was the most famous consort of her time – and she ended up converting and marrying Joshua, the leader of the Jewish people.