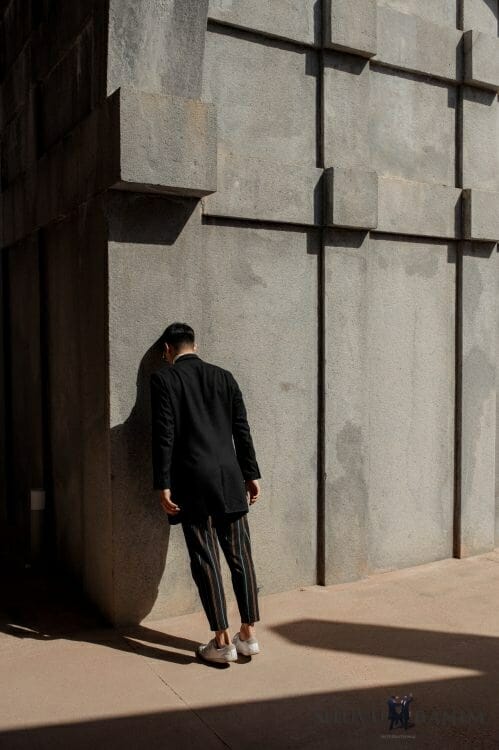 How to pass the test of feeling confused

If there is one complaint, one difficulty, that comes up again and again and again, it’s about why the Rav says things that are often so hard for us to understand, and that leaves us feeling confused.

Let’s take the recent comments the Rav made about Gog and Magog at Thursday’s prayer gathering in Hevron. There, he appeared to say that the war of Gog and Magog had started, and that it would continue through until Cheshvan (November), when all the nations of the world would bring their warships and the sea would be filled with them, before it splits and presumably drowns them, a la what happened to Pharoah and his army.

But, then what does that mean for THIS statement that the Rav made a couple of weeks ago, when he appeared to be saying:

“The calamities will only take place in another 200 years, not now.”

And then, what about the statement from Rebbe Nachman’s Hidden Scroll that the late Rav Eliezer Schick publicized a few years ago, where he said that the main thrust of the war of Gog and Magog would be against the Torah scholars?

The Hidden Scroll says that Gog and Magog will be fought by all the atheists and people who really hate God and his Torah (including those who sadly ‘dress up’ as externally religious individuals), and who waste no opportunity to attack ‘the rabbis’ under any pretext, even going as far as to make up slanderous lies about them.

How does that fit in to the whole picture?

I don’t learn a lot of Gemara, but for anyone who does, the scenario I just described above shouldn’t be in the least bit disturbing. The Gemara is chock-full of apparently unresolvable disagreements and contradictory statements by our Sages. Over the course of many long pages, some of these contradictions are resolved, some of these arguments are settled. But not all of them.

And the more you read the Gemara (or better, try to actually learn it…) the more you come to see just how complex the world truly is, and how difficult it is to even begin to fathom the mind of our Creator. Yet (and this bit is crucially important!) we are told about these apparently contradictory statements that this and this is the living word of Hashem.

How can this be?

We don’t know anywhere near as much as we think we do, and we make assumptions and guesses based on our woefully limited knowledge that then leads us to draw conclusions that ultimately end up being false.

Not on purpose, just because we’re human beings, and we’re trying to figure things out with the tiny amount of brain power we actually have available to us. (And in our day and age, where iPhones and internet have shrunk our brains, attention span and ability to patiently reason with an issue, or try to work through a problem to 2% of what it used to be, the problem is obviously even more acute.)

The way out of this morass, all this ‘feeling confused’ stuff, is just to be honest, and to admit that really, we have no idea what’s going on, or what to think about it all.

It comes back to that whole ‘being real’ idea I discussed over HERE, where it seemed to me that the people who are pretending to be what they’re not seem to be the ones most in danger of turning against the Rav, God forbid, or pinging away in disgust.

“How could the Rav say something like that?!?!” they mutter to themselves.

What’s going on right now is a massive birur process, or clarification procedure. All of us are being tested, but especially on our arrogance, our emuna, and our emunat tzaddikim, or belief in our true Tzaddikim.

Yes, finding a ‘true’ Tzaddik is also a big part of the test, because there are so very many pious fakers out there (so many of whom are openly against the Rav…) But once you know you’ve found a real Tzaddik, who can bring people back from death’s door, and effect open miracles, that doesn’t mean the test is over.

Because then, you have to pass the test of being told things you don’t understand, or that seem to be plain wrong, or the opposite of what appears to be blindingly obvious.

And if you aren’t reading Rebbe Nachman, you’ll have no idea what’s really going on, and that test could throw you deep into confusion and ping you far, far away, God forbid.

Yesterday, I got a text message telling me the Rav had called for everyone to gather in the Beit HaRav at 10pm, where there would be a revelation of Moshiach.

So now what am I going to do? Start harrumphing that it’s all made up, God forbid, start complaining I’m being messed around?

OR – to admit that I really don’t know anything.

And to admit that there was some sort of revelation of Moshiach that occurred yesterday, but in a very different way than most people imagined or expected.

This morning, after weeks of ‘head fog’ and feeling stressed out of my skull, I felt much more relaxed and able to think straight again. Maybe, just maybe, the ‘revelation of Moshiach’ that happened yesterday at 10pm was to give the people in the audience a little more da’at, a little more clarity, a little more ability to see past the murk and through all the smoke screens wafting around.

But for sure, it’s all part of the test that’s occurring right now, in one way and another, for all of us.

When the Rav promised that anyone who came to last Thursday’s prayer gathering would be cured of their illnesses and not experience a moment more suffering, it’s natural to think that should have happened immediately and obviously. It’s normal to be feeling a little confused this week that we apparently didn’t see all those open miracles we were expecting.

Throw away your wheelchair and walk!!! Stop being a mentally-ill, poisonous narcissist and be a nice, decent human being!!! Let all the tumors shrink to nothing overnight, and the heart disease disappear in the blink of an eye, and the shalom bayit issues melt like the morning dew!!!

Sometimes things happen like that. But often – usually – they don’t. Usually, the miracles occur in a much more hidden way, and in a totally different aspect than we might expect.

I was also at that prayer gathering Thursday night. I came back and still sweated through humid nights with no aircon, 15 mosquitoes buzzing around my head, billions of chores and issues to deal with, never-ending urgent matters to attend to, and problems to solve, all on 2 ½ hours sleep….

But you know what?

I seem to be dealing with stuff so, so, so much better this week. The ‘suffering’ bit seems to have reduced considerably, even while the ‘annoying’ bit is still going full-on.

And there have been some open miracles since Thursday, too.

Here’s just a couple of them:

Do all the happy endings work out like this? Nope. And we’ve had to wait months for some of our own open miracles to actually come out into the open and reveal themselves. During the waiting game, I’ve also had moments where I’ve been feeling a little confused about what’s really going on, and how I’m meant to be dealing with it.

That’s part of the test. To admit we know nothing, to keep working on our emuna and emunat tzaddikim, and to stop looking for reasons to criticize and doubt the process.

Gavriel Lavie is back on his feet

Let me end with one more ‘open miracle’ that also just occurred, and that is the story of Gavriel Lavie, the Shuvu Banim student who was stabbed by a terrorist 17 times less than two weeks ago, by the Damascus Gate.

He lost 70% of his blood in the attack – and losing 40% is usually fatal. He had multiple stab wounds to his head, neck and chest, and the doctors gave him just hours to live.

Yesterday, Gavriel Lavie walked out of hospital on his own two feet.

So people can ask:

“Has anyone been cured of cancer and other illnesses since the prayer gathering? Has all the suffering gone?” – and they can choose to ignore the miracles that really are occurring all around them, because they’re hidden. They’re subtle. They take time to come to fruition. That’s part of the test.

But as long as people keep admitting they don’t know anything, and keep just working on building more simple faith, and don’t have any pretensions about being able to truly ‘judge’ the words and actions of our true tzaddikim, sooner or later, their emunat tzaddikim will pay off, and they will see wonders with their own eyes.

It’s written that God can’t abide an arrogant person, and that’s true of the real Tzaddikim, too.

And that’s why the only way to pass the test of overcoming our natural tendency to feel a tad confused about our true Tzaddikim is to just keep working on our patience, gratitude and humility, and to admit again and again:

We know nothing at all.