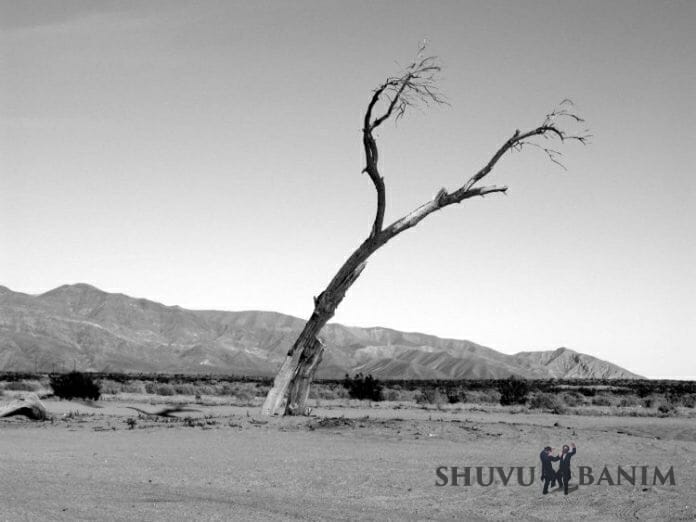 When the Samech Mem came for Moshe

Except of a shiur given by Rav Eliezer Berland, shlita on Adar 7th, 5779, in Rehovot

(based on the account in the Midrash Rabba, Devarim, Ve Zot HaBracha, 11:9.)

“Go, and bring Me the neshama (soul) of Moshe.”

But Moshe didn’t let him, and he said to the Samech Mem: “Either you get away from here, or I’m going to bring you down. I’ll rip out all your horns, I’ll take your eyes out” – Moshe knew how to take his eyes out.

And the Samech Mem, the poor unfortunate thing, he went back up to Shemayim (heaven), and he said to Hashem:

“What can I do?! This man isn’t letting me take his neshama away! I tried, and he wouldn’t let me have it.”

“What are you talking about, that he ‘wouldn’t let you have it’?! Go back down, and get his neshama. Go and do what I told you to do.”

So, he came down for a second time, and Moshe grabbed his staff and threatened him:

“Are you going to get away from here? I’ll tell you again, either you beat it, or I’m going to take your eyes out, and knock out your teeth, and take off your horns.” The poor, unfortunate Samech Mem, he had some really amazing-looking horns.

Poor thing. So, he starts to waver. Moshe says to him:

He grabs his staff again, and says: “Do you know that Moshe knows how to give you a good beating? I wouldn’t be jealous of anyone, who would experience that.”

The short version of the story is that Moshe gave him a blow to the head, and his two horns flew off, so now the Samech Mem has no horns left, and then he started to run away.

But this didn’t help him!

Moshe was very athletic, and he caught up with him, stuck his fingers in his eyeballs, and too his eyes out.

So now, the Samech Mem is also blind…. There is no more Samech Mem. From that day on, he’s blind, and anyone who wants to fight with him can now overcome him. Just blow on him hard, say, ‘foo’, and that’s the Samech Mem finished.

There is no more Samech Mem.

Adapted and translated from the Shivivei Or Newsletter.