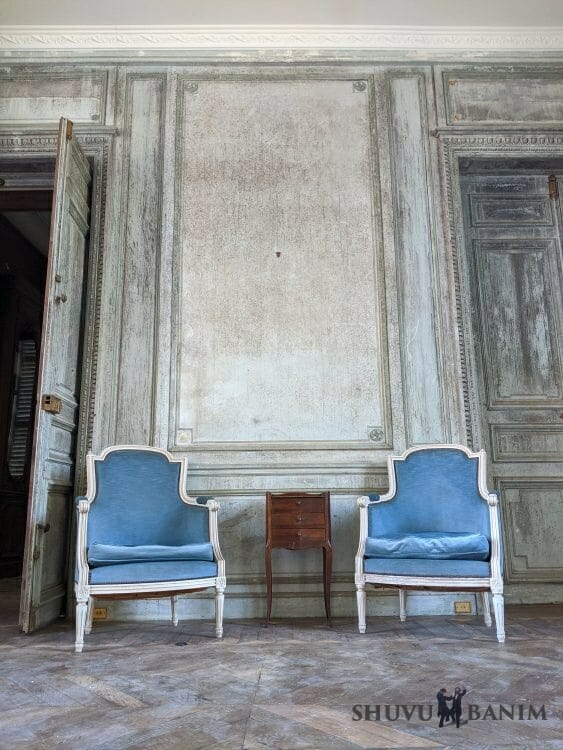 Excerpt of a shiur given over by Rabbi Berland on the 24th Iyar, the day of netzach she be yesod

The ikker (essence) of the work now is to sweeten everything.

Now, both Balak and Billam are ruling in Israel. Armilus is going to come, Heftziba will blow on the shofar, then Armilus will come.

Nevuchadnetzer saw the angel, and afterwards saw him again by Hananyah, Mishael and Azaria.

It’s the virtue of a person, to see the angel.

It’s assur (forbidden) for a person to l’hakpid (judge harshly) any other Jew, even if he doing all the evil things.

It’s forbidden to judge them harshly! He’s going to merit [to see] the angel, he will merit that the angel will reveal himself to him.

“The Jewish person was created to have authority over the angels.

This is the ultimate purpose and goal of the Jewish person, as our sages said, “In the future the realm of the tzaddikim will be further inside than that of the angels…for the angels will have to ask the Jewish people when they will want to know what God has done.

“Now each and every individual must see to attain this goal, to have authority over the angels. However, one must take care great care to see that one is capable of abiding in this position of authority, so that the angels do not become jealous of him and cause his downfall. This is because the angels are extremely jealous of such a person who has authority over them, as we find our Sages saying about several great people whom the angles wanted to oust (Chagigah 15b).

“The way to do this is to bind oneself to the souls of Israel, and by virtue of this binding one will be spared from them.

This is alluded to in, “Taking hold of the face of the throne.” (Job 26:9). One must bind oneself to the roots of the souls that are hewn out from under the Throne of Glory, which is, “The Mother of all life” (Genesis 3:20).” – See more there.

David Simcha - October 10, 2021 0
The words of the Kabbalist Rabbi Shlomo Elmeliach shlit"a at the prayer gathering outside Ramla prison: "Our Rebbe Rav Berland shlit"a isn't a simple person.  The Rav is not the Rebbe of tens, not hundreds,...
Read more

David Simcha - October 7, 2021 0
From Tefilah L’Ani: Leket Tefilos u’Vakashos A Prayer for Complete Faith (Emuna Shelema) Ribono Shel Olam – Master of the World!  Please awaken our hearts to Your simple faith, to Your holy Torah, and to Your...
Read more

“Make a Skylight for the Ark” — Secrets of Parashas Noach with Rabbi Eliezer...

David Simcha - October 7, 2021 0
“Make a skylight for the ark and make it slanted, so that it is one cubit on top; place an opening in its side, and make a bottom, a second, and third ” (Breishis...
Read more