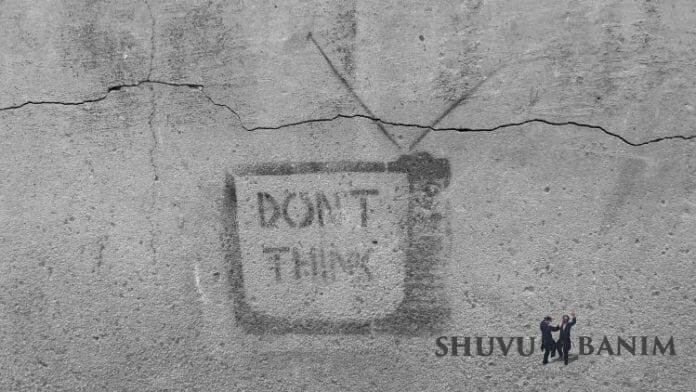 I know I’m not the only one who’s feeling like something unusual is going on right now.

Wherever you look, wherever you turn, the chaos seems to be building to a crescendo.

I was just talking to my mum back in London today, and she was explaining the massive mess the UK government is currently in. The ruling Conservatives sacked Theresa May as their leader (which meant she also had to step down as the PM), and after a short race, the hardline pro-Brexiteer Boris Johnson won (and so, automatically became the new British Prime Minister, even with no elections.)

Except, poor Boris has a working majority of just one, and half the Houses of Parliament don’t want to leave Europe and are ‘anti’ Brexit, and there is a looming deadline for the UK to formally leave the EU already, by DATE; and the MPs aren’t prepared to give up on their three month long Summer holiday…

Long story short, it looks like there is another election probably going to happen there October 31st – which is exactly Rosh Chodesh Cheshvan.

The US certainly isn’t doing much better.

And our own Eretz Yisrael is also fairing pretty poorly on the ‘parliamentary democracy’ front, with the latest polls showing pretty much a re-run of the last impossible situation which means it’s very likely that again after September 17, no-one here will be able to form a viable government.

Even if we didn’t have Rabbi Berland’s explanation that the process of Moshiach’s coming would stretch between 5775 and 5781, these are certainly momentous and highly unusual events. But with Rabbi Berland’s addition perush, or commentary, that these are the times of the coming of the Moshiach – well, it’s starting to look more and more that the Rav knew exactly what he was talking about.

In the meantime, I don’t know if it’s just me, but I’m finding it so hard to settle to anything at the moment, or to get anything done.

Some days, it just feels like everything is so much effort – even just answering emails, even just getting out of bed, even just moving around.

I’m still doing a lot, trying to get a lot done, but it’s hard to see through to tomorrow, let alone next week. It’s hard to plan anything. It’s hard to put any long-term goals in place, because everything just feels so very uncertain and up in the air.

So every day, I wake up, do my hour of talking to God, do my morning blessings – and then kind of let God decide how I will be spending my day. I can’t ‘force’ any issue right now, I can’t make any decision for myself. If I get a nudge from Hashem to do something, I get on with it and if I don’t – I can’t do anything.

Or at least, that’s how it feels.

I see the same heaviness and lack of focus all around me, at the moment.

At best, we’re going through the motions, and doing what we have to do and what’s really expected of us, but there’s very little ‘oomph’ behind any of it.

I was blaming my lethargy on the scorchingly-hot weather we’ve had in Israel since L’ag B’omer – when Rabbi Berland released a prayer saying that our ‘sweat’ would act as some sort of ‘shield’ or defense against all our enemies.

Sure enough, I spent the next three months pretty much sweating through every single day, as I don’t have air-conditioning and the thermometer has been in the high 30s for days and even weeks at a time. It’s hard to get anything done when it’s that hot, honestly.

But the last few days have been much cooler again, and even pleasant.

And I still feel as though I’m permanently preoccupied, wading through treacle, waiting for the something, whatever it is, to finally show up and change the whole equation.

Of course, I’ve been here before, 10 years ago, when all the banks started to fail back in 2008, and I was sure that the end of the world was upon us. But I was wrong. So, I learnt my lesson about rushing to give up the day job because it looks like Moshiach is within touching distance.

Even though that’s really what I want to do.

I don’t want to waste any more of my precious time on apparently pointless, this world stuff like doing the monthly filing, and spongering the floors, and trying to figure out what book to write that really might give me a chance of paying my own way again in the future.

But we haven’t quite got to that open and revealed spiritual world of the time of Moshiach yet, and so, I’m still sweeping the floor, and I’m still billing the clients, and I’m still working on book plans and business plans, even though increasingly, I really can’t be bothered.

I think we must be close – very close, even – to the tipping point.

But it’s not a linear process, and who knows how hidden and underground the whole matter of Moshiach may still be.

So, for now, my day continues to be filled with things that I don’t really want to be doing, and stuff that I totally don’t care about and am not really engaging with. It’s hard to write in this state, it’s hard to put things together into a coherent whole. I’m struggling with so much brain-fog.

That’s just the way it is until the something shows up that’s going to change the whole picture, and make it far more obvious to far more people that these are not ‘normal’ times.

In the meantime, I’m just hoping this process of waiting and watching won’t stretch my meagre reserves of patience too thin, and drive me even more bonkers than I already am. Which is quite a big prayer, all by itself.

Redemption is a process