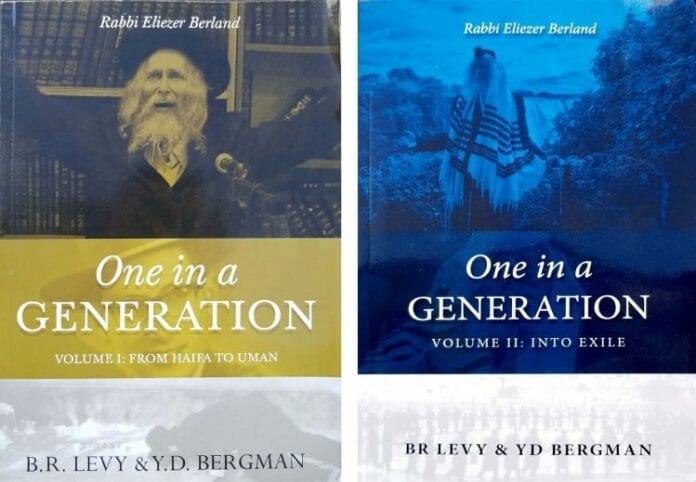 It’s not always easy to understand the Rav

My husband was in the crowd at the Beit HaRav minyan when Rabbi Berland was talking about all of Shuvu Banim going to Colombo, in Sri Lanka.

“Or Colombo, or Colombia, it doesn’t matter which,” he remembers the Rav saying. At the time, he came home and told me: The Rav was doing something today, at the prayers. How did he know this? Simple:

He couldn’t understand why the Rav would suddenly start talking about everyone needing to fly out to Colombo, in Sri Lanka.

What’s that got to do with anything???? How is that connected to anything???? Why would anyone start talking about Sri Lanka to a crowd of hundreds of Hassidic men in Meah Shearim, in the middle of the morning prayers????

Two weeks later, it all became far more obvious what was going on. A series of 7 bombs were detonated in and around Colombo, targeting hotels and churches that were packed to the rafters because it was Easter Sunday. Over 250 people died, with 500 more wounded.

And the Rav knew it was going to happen long before.

Not only that, the Rav said afterwards in public that the bombing campaign was meant to have happened in Jerusalem, but it got changed at the last minute. How did it get changed?

The Rav was doing something, at the prayers.

But it’s not always obvious what’s going on.

So that’s where the emunat Tzaddikim, or faith in our holy people really comes into its own. If developing some emuna – defined as the real, internalized belief that God is 100% running the world, and that everything comes from Him and is good and just contains a prompt for what we need to work on and improve – is hard, then developing some emunat Tzaddikim is way, way harder.

It’s true, so many of us find it hard to humble ourselves, and take our egos down, even before God. But when all is said and done, He is actually the Creator of the world, and we’re not, and that has to count for a lot.

But when we’re dealing with a mere mortal?

Man, that’s hard. And sometimes, it’s so hard to really understand why the Rav says what he says, or does what he does. To our limited comprehension, to our narrow vision, so much of it sounds bizarre and makes no sense.

Which is where the concept of emunat Tzaddikim really comes into its own, because God isn’t asking us to understand our true Tzaddikim, he’s just asking us to believe in them, and to believe that everything they are doing and saying contains the deepest of deep spiritual secrets.

Let me give another example.

A few months ago, you might remember, I had my first ever audience with Rav Berland, which I wrote about here. At the time, it felt like something of a disaster. I couldn’t speak, I accidentally lied about my age, and then to top it all off, I got given a prayer to say by the Rav asking God to give me twins by Purim 5779, who would end up being Moshiach ben Yosef and Moshiach ben David.

I’m 45, and my youngest kid is 15. And after 6 miscarriages, at this stage I really can’t get my head around the idea of having more kids.

So, I came out of that meeting quite perplexed and confused.

What, I’m meant to be praying for something I really don’t want?!

But, the Rav knows what he’s doing, the gentle voice reminded me.

Yes, but I’m 45, and I’m meant to be going back into that world of diapers and strollers at this stage?! I can’t! After everything I’ve gone through, I just can’t!

But, the Rav knows what he’s doing. So take the prayer, and recite it every day until Purim.

This was the inner battle that raged within me, for two days after I saw the Rav.

It was a test, a big test of emunat tzaddikim, because with my limited brains, I really had absolutely no idea what the Rav wanted from me. Today, in hitbodedut, the penny finally dropped.

Rabbi Nachman teaches that books are akin to children. And I’d got really stuck with Volume 2 of One in a Generation, because I just couldn’t see how to get the information ‘out there’ without bringing dire retribution down on my head from the people behind the persecution of the Rav, who are mamash psychos.

I’d been grappling with the problem for well over a year, and by the time I came to see the Rav, I’d effectively given up on book two. After that meeting, I started to get the strong feeling that I needed to get on with the book again. Over the next two months, I had so many massive internal obstacles to overcome to get it out, but with God’s help, it was ‘delivered’ just before Pesach.

My twin books. Volume I, and Volume II.

When the penny finally dropped, I was gobsmacked. If the Rav had come out straight and told me:

Listen, dear, that book is only going to get out into the world if you pray on it every day for the next 3 months – then I would have had far less difficulty, psychologically, doing that. But I needed a lot of ‘merit’ to get past all the obstacles in the path, so the Rav gave me a massive test of emunat tzaddikim, instead:

Pray every day for the twin boys that I know you really don’t want. And do that for three months.

But that’s what cleared the path to these books coming out into the world, and hopefully, Moshiach ben Yosef and Moshiach ben David will be following close on their heels.

It’s true, the Rav is often so hard to understand.

But if we understand that we don’t understand anything, and that God is really just asking us to ‘throw our brains aside’ and develop some humility and emunat tzaddikim, then it suddenly gets a little easier to figure out what’s really going on.