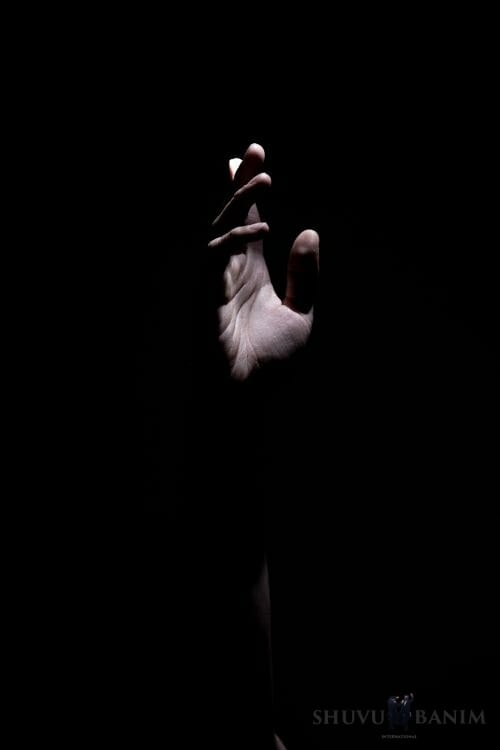 Now that my youngest is out of her soul-destroying, holier-than-thou, religious-fakers-R-us school, she’s starting to tell me what’s really going on behind the scenes with a lot of her old friends, and honestly, it’s shocking.

Even in the middle of the ‘frummest of frum’ institutions in Israel, girls are smuggling their boyfriends into the dorms… girls are smoking cigarettes and drinking alcohol… girls are telling their friends that they don’t believe in God, (God forbid!!!) and are just waiting until they are 18, and can totally do what they want, to make that obvious.

I have to say, my heart has been sinking to hear all this stuff, and before you rush to say that it must just be the schools that my kids go to, or the people that my kids are hanging out with, let me stop you right there.

I’m hearing these stories – and much, much worse stories – from all sections of frum society.

Nowhere is ‘safe’ from all the spiritual tumah pulling at our children’s neshamahs today, not even frummest of frum Jerusalem, Bnai Brak, Lakewood or Stamford Hill.

I have a good relationship with my kids, so they tell me things that probably most teens in a ‘frum’ environment wouldn’t tell their parents. And I know that even this little bit that they’re telling me is really the tip of the iceberg with what’s going on today with our youth.

All the tattoos, piercings, green hair – it’s all just external symptoms of a spiritual malaise that is very deep, very pernicious, and very wide-spread.

Last week, I picked up a leaflet for a tour guide in Village Green which had a picture of him looking stressed and miserable as a buttoned-up yeshiva bochur 20 years ago, complete with the Borsalino, and looking wild-haired, happy and unreligious today.

He wrote his whole story in that leaflet, and described his dumping of religious observance like this:

“Alon K., born in Israel, raised as an orthodox Jew, spent many years of Torah studying in Yeshiva, has three kids and lives in Jerusalem. At the age of 38, Alon made a transition and entered a new existence, while leaving behind his religious upbringing yet keeping a spiritual approach to life.”

It really made me wonder, how many of my kids’ generation is going to volte face and do an “Alon K.” when they’re a little older.

I’m not going to wax eloquent on why all this is happening, because deep down, we all already know.

We all already know that modern life is spiritual poison, that the internet and i-Phones has killed every semblance of family life and stamped out normal, human interactions.

We know that all the stressed, harried parents who are struggling to pay the mortgage, and to buy more ‘stuff’, and to keep up with the Joneses just don’t have the time, patience or headspace to really engage with their kids.

We know that the secular culture we’re all immersed in – even in deepest Williamsburg, even in frummest Meah Shearim – is soul-deadening and covering us all in spiritual muck, non-stop, 24/7. We know that most of our ‘rabbis’ and mentors are simply not up to the job, and are totally out of their depth.

We all know all that, already. We just don’t what we can do about it.

Last week, I made the effort to go to the evening prayers at the Beit HaRav on Ido HaNavi street, where the prayer lady (who happens to be my second cousin….) had set up her table for the night.

She was showing me all the new prayers by Rabbi Berland in English that have been printed up, and the big, laminated prayer for parents to say for their children caught my eye.

I bought it, and brought it home – and it blew me away when I read it.

Here’s a little of what is says:

Master of the Universe, You know that this generation is the worst of any generation that has ever been. Who knows, what the next day will bring? How will our sons and daughters stand up to the tests they face, which only get worse and worse every moment….Every single second the Forces of Evil come at us with new advice and revelations – new technologies – which have the power to drown the souls of our sons and daughters in the filthy swamp of the Forces of Evil.

Harsh as the description is, it’s accurate.

And it’s such a relief, to have a rabbi of the caliber of Rabbi Berland actually coming out in public to describe what’s really going on today.

I can’t read the ‘frum’ papers and magazines anymore, because they skip between unrealistic ‘in denial’ pictures of how eidel and refined frum life in Monsey and Beitar Illit is, or columns from people who are just peddling harmful and useless secular advice framed with payot and a wig.

Internally, I would say most of my daughters’ friends are almost totally off the derech, and I know that these kids are still amongst the most spiritually ‘connected’ out there. Most of them are still playing the part externally, but what will be when they hit 38? Or even, 18?

First, it describes a little more of the spiritual mechanics of what’s going on:

That these boys and girls, whose minds have not yet developed to their full maturity, and who can’t fully differentiate between good and evil, light and darkness, permitted and forbidden, pure and impure – that precisely these boys and girls will subdue the Evil Inclination, and nullify it completely.

It’s all going to turn around.

And our children are going to lead the attack. But this is on one condition, that the children become:

One who reveals the True Tzaddik, and follows his advice completely, without leaving even a single hair outside, like a person who immerses in a mikvah…

I’m trying to read this prayer every day now, because as well as validating what I see going on all around me, and as well as explaining what’s really going on and why, this prayer is also giving me a little bit of hope that my kids are going to come through their teenage years spiritually intact, and still believing in God.

So many of the people I know have really zero ‘real’ relationship with their teens.

They talk AT them, they pressure them to do stuff, and they also take care of their physical needs and buy them stuff.

But they don’t know their kids at all.

They have no idea of the real struggles and challenges they are facing today, and just how ‘lost’ so many of them already are. This is happening the chareidi world, the chassidic world, the modern orthodox world, the national-religious world, the traditional world, the reform world, the secular world – every place you look.

We need to pray for our kids, we need to attach them to the true tzaddikim like Rebbe Nachman and Rabbi Berland as firmly, but gently, as possible. Nagging, manipulation, guilt trips and threats just aren’t going to do the job. Only our true tzaddikim can get us all out of this mess.

So what’s our job?

To acknowledge the truth.

To stop pretending that everything is fine, when the evidence is all around us that it’s going downhill faster than anyone can really comprehend, or stop.

If we don’t get ourselves connected to the real tzaddikim of this generation, we are lost.

Since I’ve started praying the Rav’s prayers for my kids, and paying pidyonot for them, I have seen some massive improvements, some massive changes, some massively positive steps forward in how they are thinking and feeling, and how much of their internal world they are willing to share.

My kids are great kids. Your kids are, too.

But they really need to be strongly connected to a true tzaddik, in order to get through what’s going on today in one piece, and praying for them is the best – if not only – way for us to help them to do that.

You can get that prayers for parents to say for their children HERE. 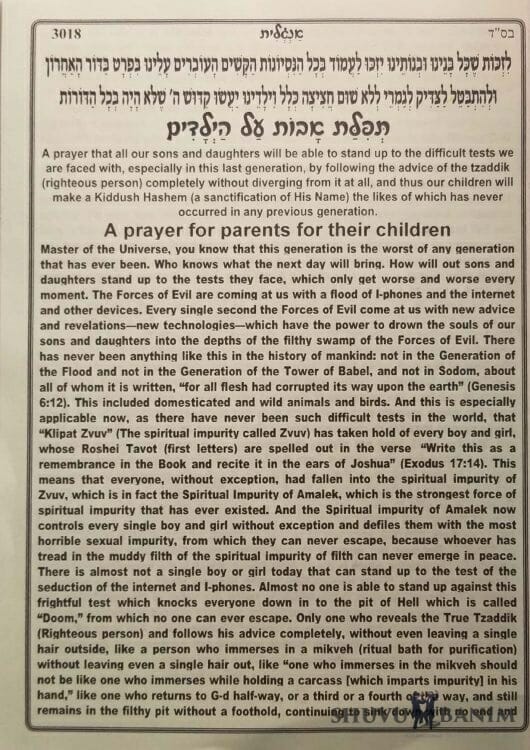 Also, check out the A-Z of Prayers, for a lot of other prayers written by Rabbi Berland, to say for our children.

And keep saying the Tikkun HaKlali, and sending them to Uman, too.

Our kids need all the help they can get.

Check out more of Rivka’s musing on her blog at: rivkalevy.com