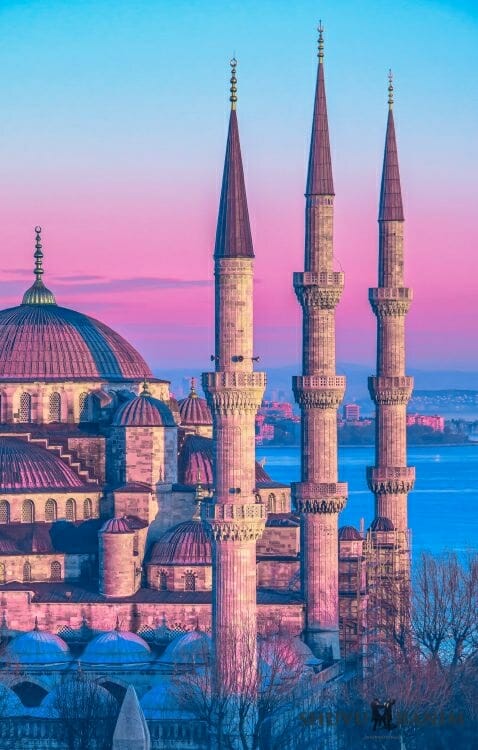 A Baal Shem Tov Story: Saving the Jews of Istanbul

Translated from the teachings of Rabbi Eliezer Berland, shlita.

The Baal Shem Tov was once in Istanbul, at the time when they decided to annihilate all the Jews in Istanbul.

He sang that over and over again for two hours.

There was a minister there, who knew about the whole plan to destroy the Jews.

But if he would reveal what he knew to even just one Jew, he would immediately be put to death. But he saw that he couldn’t continue, he’d been tossing and turning in his bed for three hours already but he just couldn’t relax.

Otherwise, how could a non-Jew have mercy on a Jew? It just doesn’t happen.

When a non-Jew converts, or when he saves the Jews, it’s always because he’s the descendant of some long-lost Jewish savta or saba. So it seems that this minister had some grandparent of a grandparent who was a Jew, which is why he was filled with mercy.

So the minister is tossing and turning, and he just can’t get comfortable.

He runs to the head of the Jewish community in Istanbul, and he tells him:

Tomorrow morning, they are going to start slaughtering all of the Jews. They are going to give some sign, and then within a second, they are going to explode across the city, and then you’ll be finished. Not a single one of you will remain alive, here. We are all forbidden to tell you about this decree. Whoever reveals it to you, that person will immediately be put to death. If they see that you know what’s about to happen, they will know that I told you. Act with great wisdom!

And then, he ran away.

Immediately, the head of the community went to gather together all the other communal leaders, and they decided to pay a visit to the mother of the Sultan, who was a great friend of the Jews.

The crazy person from Shuvu Banim

So they went to the Sultan’s mother, and when they passed by the hotel where the Baal Shem Tov was staying, they heard some meshuggeh, some crazy person from Shuvu Banim singing loudly, all the time. He’s already been singing for two hours straight, and he wasn’t stopping any time soon. He sang the same song, and danced the same dance, with the same melody.

You only get things like this in Shuvu Banim, it’s the only place you’ll see it. He didn’t switch the tune, he didn’t change the song, he didn’t vary the words: “He does wonders by Himself, because His kindness is eternal.”

The Baal Shem Tov could see from one end of the world to the other.

They came to the mother of the Sultan, and told her what was going on.  She told them: I’m going to run off to my son’s palace immediately!

She got to her son’s palace, and the guards were alarmed: The Sultan’s mother is here, what can be the matter?!

Something terrible, she replied. I need to see the king, I need to see the Sultan immediately. They ran off to tell the king: Your mother is here! So, her son came down to see her from his bedroom. Ima, what’s up?

She started to scream at him:

What do you mean, ‘what have I done?!’  I fast on Ramadan. I only eat when no-one is looking. I just take a few vitamins, of course in secret, down in the basement. But that’s all incidental, no-one else knows about it. It’s a secret. I fast, I do everything.

Ima, everything is fine, he replied. There is no other Arab like me!

So then the Sultan said:

Listen, Ima, I’ve made a decree against the Jews.

You made a decree against the Jews! What sort of decree?

At six am tomorrow morning, we’re going to destroy and annihilate all of them, within the hour. There won’t be a single survivor left of them. We’ll finally solve that problem. Ima, please agree with me that this time, we finally need to solve the Jewish problem.

His mother started to shriek:

So the Sultan started running all over the place, to bring all the decrees to his mother, and to tear them all up. His mother took all the decrees, and put them in her coach. Then she told him, everything is OK now, go back to sleep. She sang him a lullaby, and told him you can sleep well, now.

Then immediately, she scarpered off to her own palace, with all the decrees. She ran to the Jews, and showed them the decrees. Look at this! Show these to your whole community, tomorrow morning.

And he’s singing it with so much enthusiasm!

The following morning, they were praying at dawn, and they finished the service with so many songs and fine zemirot. Afterwards, someone bangs on the bimah, and another person goes up onto the bimah, and shows them all:

Look! Look what happened yesterday night! What a night of terror, when wonders were performed!

He told them the whole story, from the start to the finish.

The Baal Shem Tov was there and replied:

If that meshuggeh hadn’t been there, neither would you have seen all those miracles!

[1] The anusim, or conversos were Jews who were forcibly converted to Catholicism in medieval Spain, but who secretly retained many of their Jewish customs and traditions.

[2] In the 19th century, Tsarist Russia instituted a policy of forcing 10 year old Jewish boys into the army for a period of 25 years, in an effort to break their Jewish identity, and cause them to assimilate. The Cantonists, as these Jews came to be known, where treated very harshly in the army, and many died from the abuse and maltreatment they received. The few who survived the full 25 years often failed to hang on to their yiddishkeit.

The Story of the Master of Prayer – Hitchadshut Magazine Tevet 5781

David Simcha - December 31, 2020 0
At a time when the holy prayers of our Rav, Rabbi Berland, are being adopted all over Israel and the entire world, opening more and more hearts, Hischadshut goes back to their starting point. --The...
Read more

David Simcha - December 20, 2020 0
The power of a Pidyon! – Chilling eyewitness testimony of a man who did a Pidyon Nefesh by Rav Eliezer Berland shlit”a for his father who was ill with cancer.  He tells us what...
Read more