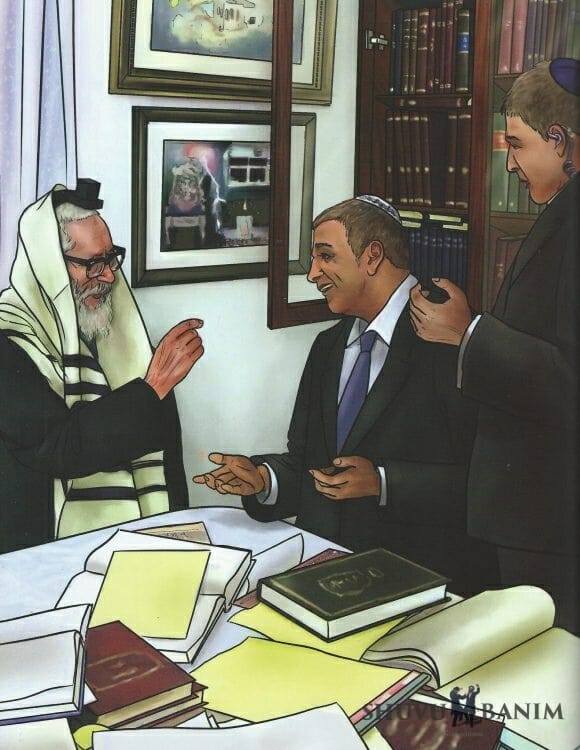 On Rosh Hashanah evening, 5761, the middle east was on fire. The citizens of the holy land entered a long time of difficulties with suicide bombings and attacks. Terrorists went wild and murdered Jews. Even a hundred looters broke into the town of Shechem and took control of the grave of Joseph HaTzaddik. During all the chaos many Jews were not able to get inside to pray at the graves of the tzaddikim that were in the territory of the Palestinian authority, including Kever Rachel.

Many Jews would normally come from all over the world to pray at the grave of Mother Rachel to talk to her about what was in their hearts. With the closure, they were left without a mother to help and listen to them. Even on a hillula (anniversary of death), Jews were waiting from all around the world for permission from the security people to see when it would be safe again to go to the graves.

However, a few hours before the yahrzeit, they would announce that it was not safe for people to go to visit the graves.

The security announcements did not impress the Rav. He turned to his students and commanded them to go, with self sacrifice, to the grave of our Mama Rachel.  And indeed his loyal students fulfilled his request. With heavenly assistance, the chassidim succeeded to visit the grave.

You can’t describe the excitement that the people of Israel felt the next morning when they noticed all over the media that Jews succeeded in arriving on the night of the yahrzeit to the grave of our mother Rachel. The day after, the Rav gave the command to return and to continue the mission until the grave would be declared open for Jews. This continued for a few months. Every night chassidim, wise students of the Rav, marched with passion and faith and arrived at the grave of Mother Rachel, may she rest in peace. They prayed for the nation of Israel, and for relief from the terrible war with cruel terrorists.

After a few months, the top commanders of the security system understood that nothing in the world would prevent the chassidim from arriving to the grave of mother Rachel. The people of the security system came to the Rav’s house for a meeting, and the Rav explained to them that it is forbidden to give up on a part of Eretz Yisrael. Especially the graves of the tzaddikim, our holy fathers. He explained that prayers in holy places especially protect the nation of Israel.

The head of the security system recognized the determined heart of the Rav. He would not give up on the prayers of thousands of Jews, especially at the grave of Mother Rachel, may she rest in peace.

And the security system gave up, and gave permission for the Rav’s students and followers to come and enter a protected bus every night at midnight. This permission eventually began a process to open access to the grave for the entire nation of Israel, which exists to this day.

How the Tzaddik Stood on his Feet with Self-Sacrifice

Prayer Gatherings All Over Israel Tomorrow Evening, Monday at 8 pm

Prayer for Kever Rachel – Bloodshed on the streets