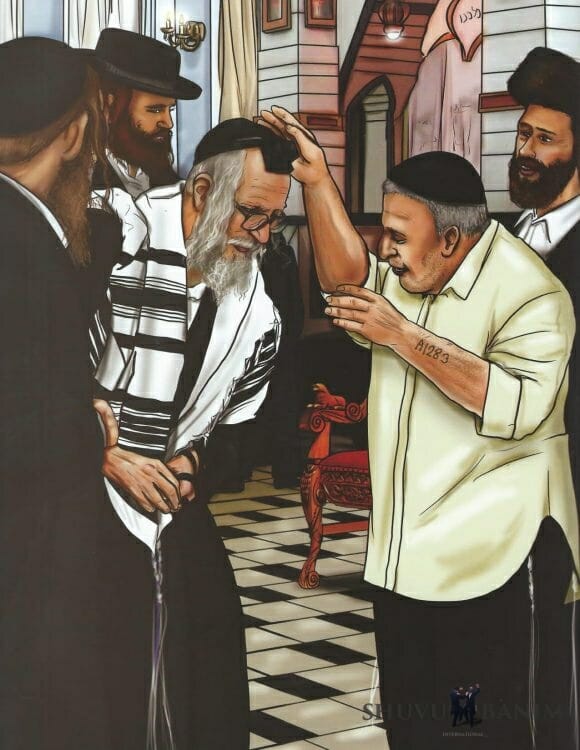 The next story teaches about the Rav’s sensitivity to other people’s feelings, even when the person is not standing in the vicinity of the Rav. The Rav was invited to be Sandek at a circumcision of the son of one of his students. When the time arrived, the Rav came to the hall where the brit would be made. The owner invited only a small group of people to the brit, in order to not to delay or bother the Rav more than was necessary.

However, when the Rav was sitting on the Sandek chair, searching the people around him with his eyes, he suddenly motioned that the father of the baby should approach him. The father got close, and the Rav whispered into his ear, “I know that one of your neighbors is a Jew with a broken heart. His life is full of difficulties. Not only this, but he drove you and your wife to the hospital for the birth of the baby. Why did you not invite him to the brit?”

The father of the son was shocked that the Rav knew this. He excused himself quickly from the group and ran to invite his neighbor to participate in the brit. And just as that Jew entered the house, the Rav became happy, and was willing to start the brit milah.

Here another story testifies about the strong foundation of the Rav’s leadership. The Rav served as Sandek at another brit milah ceremony that was held in The Great Synagogue of Breslov chassidim in the Jerusalem neighborhood of Meah Shearim.

During the brit, the Rav was surrounded by chassidim. As everything happened around him, he took out a book of Torah that he had brought with him, and began to learn with concentration.

However, at the end of the brit, something strange happened. The Rav blessed the participants, turned and started walking outside, when suddenly he stopped. He turned around and went back into the shul.

The Rav’s students and followers were surprised. Why was the Rav returning to the shul? They watched the Rav and saw how he hurried to a corner of the shul. Over there stood a Jew who was a well known holocaust survivor. A man who had suffered a lot. The Rav approached with his head tilted toward the gentleman and the Rav’s students were shaking to hear his words. “I want you to know,” said the Rav to the man, “that a person who went through the terrible holocaust and did not lose his faith is standing on a high level. He deserves that people will ask him for a blessing!”

“Please bless me!” requested the Rav. The man got the biggest smile on his face. And this is how the Rav lit up the face of another Jew and made him happy.