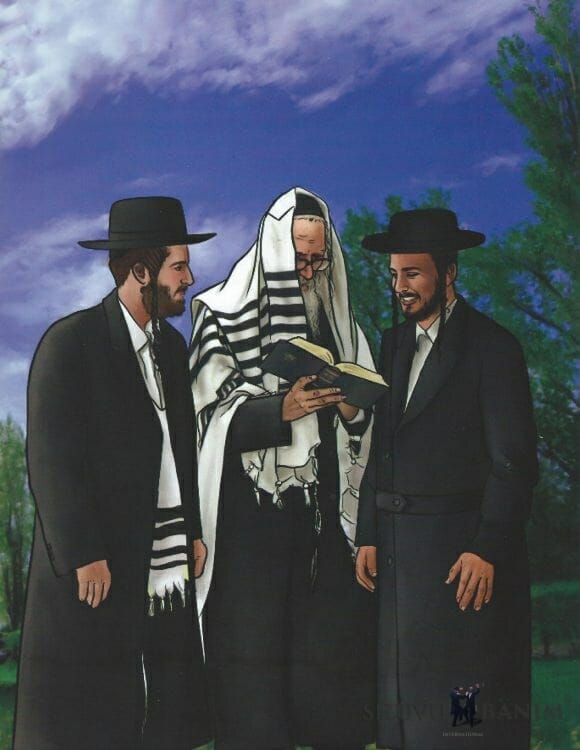 This story testifies about the Rav’s deep love for the holy Torah. It happened when the Rav was staying in Johannesburg, South Africa. During the time that the Rav was staying there, a few of his family members arrived to visit with him. And because they wanted to have fun with him and uplift his spirits, they requested that he walk around with them in a special garden. This garden was blessed with beautiful trees, special bushes, and had a beautiful fresh aroma.

The Rav, with his deep humility, acceded to their request in order to make his family members happy. And for a long time, the family members walked around in the garden, while the Rav was speaking with them words of Torah. After walking around, the Rav’s daughter approached him and she appeared upset. She told him “Dad, it was a special walk, wasn’t it?”

“Indeed,” said the Rav, “this is true! But who will give me back all the hours that I wasted walking around? Pity, pity that I made such a big bitul Torah such as this! Know that I always want to sit down and study Torah and not to travel anywhere in the world.”

With the power of the great love for Torah burning in his heart, the Rav succeeded to get over and to rise above every crisis and obstacle, even when things looked impossible. About that, the next story will testify.

The Rav made his way to the United States in order to collect donations from donors to pay for travel expenses to Uman, to visit the grave of Rebbe Nachman of Breslov for the Rosh Hashanah gathering.

At this time the Rav arrived in the United States especially to meet a few wealthy people that had agreed to donate to this cause. There was one particularly wealthy man who was prepared to donate a huge amount of money, 3 million dollars, in order to help a large group of people travel to Uman.

However, a short time before the meeting between the Rav and the rich man, a bad rumor came to the ears of the Rav’s students. They found out that somebody was acting in a vicious way to besmirch the name of Breslov chassidim with the rich man. Even worse, the words got into the ears of the rich man, and he backed off from his decision to donate money. The people who were surrounding the Rav had a hard time digesting the bitter news. However, the Rav was looking at them wondering. “Why are you perplexed?” He said, “you can comfort yourself by studying Torah.” And without waiting even one second, the Rav opened the book that was in front of him and was deep in the ocean of Talmud like nothing had ever happened.