Home Blog Breslov Women How to survive shaking the world 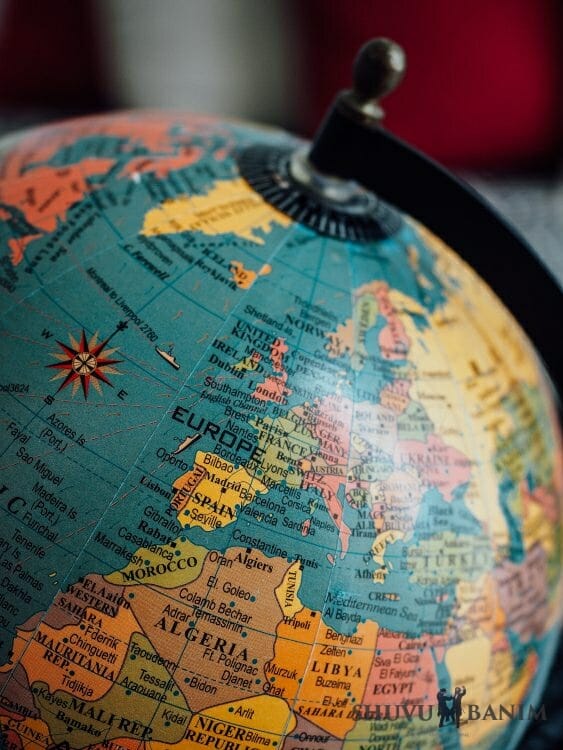 In Sichos HaRan (translated into English as ‘Rebbe Nachman’s Wisdom’, by the Breslov Research Institute), Rebbe Nachman tells us the following:

“It’s written about the time of Moshiach (Job 38:13): ‘To grasp the ends of the earth and shake the wicked from it’. However, one who comes close to a true Tzaddik, [he] can grab hold of him, and not be cast off. When we hold on to the Tzaddik, we can stay firm.”

Who can look around today, and not see that we’re bang, slap in the middle of that process of the earth being ‘shaken’?

I’m not even really talking about massive earthquakes, volcanic eruptions and the other massive geological phenomena that the prophets also describe as happening at the End of Days, when Moshiach comes.

(But wait for it, it’s definitely coming – the quakes in the US and around the world are going up in frequency and scale with every passing month.)

I’m talking about all the ‘shaking’ that’s going on in every body’s private lives at the moment, where every certainty, every assumption, is being shaken from top to bottom, and left-to-right.

Today, no-one has any idea what is ‘truth’ and what isn’t. In the middle of all the craziness that is Trump’s America, and British Brexit, and Israeli elections, and fake news, and manipulative social media, there are precious few people who really have any idea what’s really going on in the world today.

Or what it all means for them.

The world has turned into one huge sea of angry confusion, unspoken anxiety about what will be, and tremendous uncertainty and doubt.

And if there is one thing that human beings hate, and which stresses us out more than any other thing, it’s uncertainty and doubt about the future. That’s why that expression got coined, ‘better the devil you know, than the devil you don’t.’

Except today, ‘the devil we don’t know’ seems to have popped up in just about every facet of life. And the strain is really starting to show. So many of the talking heads are falling silent, the effort to pull the pretense of ‘business as usual’ over the glaring cracks is becoming harder and harder to pull off.

If they aren’t holding on to the Tzaddik.

But for the people who are holding on to a true Tzaddik, things aren’t playing out the same way.

Yes, we still see all the uncertainty, we’re still aware of all the huge changes bubbling just under the surface, but our ‘true tzaddikim’ have been telling us what’s going on, and preparing us for the birthpangs of Moshiach for years, already.

They were talking about Iran’s nuke decades before anyone else was; they were talking about heading off awful wars with Israel’s neighbors, and how to sweeten the tens of thousands of rockets pointed at every square meter of Israel, when the government and IDF were still pretending they had the whole situation under control.

It’s so funny that people think we need secular politicians in order for Israel to continue to function as a ‘proper’ country. Look at what a mess these people trail in their wake, in every sphere they venture into. The only reason why they get away with it is because the media is working hand-in-glove to cover up all the corruption and bad things that are really going on.

And we could say the same about every country you care to mention.

How can we get through all this?

There is only one way: grab hold of a true Tzaddik.

No other advice will help, there is no other way of getting through everything that’s going on without losing your marbles, or your health, or your relationships, or your money, or your faith, lo alenu for all of these things.

We are coming down to the wire, and even the secular, anti-God people can feel it.

And the shaking is only going to ratchet up from here.

So batten down the hatches, and hold tight to the true Tzaddik.

Because Moshiach is fast approaching.