Home Blog Breslov Women How, without the Rav? 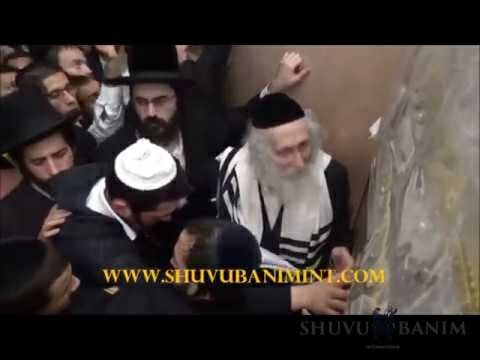 Before I found about the Rav, life was really, really hard. I seemed to be going through some sort of hellish trip through Dante’s inferno, where each month would bring a fresh slew of awful problems and soul-crushing tribulations.

And I was ‘frum’! And I was living in a frum part of Jerusalem! And my husband was learning lots of Torah! And my skirts were really long, and every hair on my head was covered 24/7! And we were both doing hitbodedut for an hour a day, and regularly going to Uman!

So what the heck was going on?!

Dear reader, I tried everything to try to turn my life around and to get it to ‘work’ better, to put it bluntly, I felt I was under some sort of curse, and that things were always just going to keep lurching from bad to worse.

Then, I heard about the Rav.

I heard that the Rav did pidyon nefesh – redemptions of the soul – and I decided to give it a try. Not with such high hopes, you understand, as I’d paid out literally thousands of shekels in pidyonot to other rabbis by that point, without seeing any obvious improvements.

But I read so many amazing stories about the Rav, so many miracles had happened to people who I actually knew myself, I decided it was worth a try.

I’ll never forget the recorded message I got sent from the Rav’s attendant, where the Rav gave me a bracha and told me which part of the morning prayers I should be especially careful to recite. (How he knew that I only do the morning blessings, and nothing else, is just another small example of how the Rav knows a whole bunch of things he’s very careful to keep hidden.)

This was back when the Rav was still in South Africa, but from that point on – my life started to turn around.

Since then, the Rav has helped us through so many ups and down, in myriad ways, some obvious, and some really not.

So yesterday, when I logged on to the Shuvu Banim website and read that the Rav’s health had taken a turn for the worse, and that he was urgently asking people to pray for him, I kind of felt a bit sick to my stomach.

Because, how, without the Rav?

None of us really know just how much work the Rav is doing to sweeten everything that’s going on at the moment, both on our borders, and inside our lives, and within our hearts.

I’ve had so many occasions where I’ve felt down, anxious, lost – and just sitting at the back of the Beit HaRav, on my deckchair, and soaking in some of the kedusha (holiness) there has calmed me down, and renewed my optimism and emuna.

To my mind, there is no question that Rav Berland sweetened the Iranian nuke they were threatening to drop on us the last 10 years, already.

There’s no doubt that he sweetened the ‘stabbing intifada’ of a couple of years’ ago, that literally stopped overnight, the day 10,000 people showed up to pray in Hevron on the Fast of Esther – exactly as the Rav said it would.

There’s no doubt that he sweetened the ‘anti-Torah’ government of Yesh Atid, who made every effort they could to bring down as many Torah institutions as they could.

And what can we say about Hamas, and Hezbollah, and Syria – and all the other problems that are miraculously being kept in abeyance, and no-one really knows how or why?

And what about what’s going on in our own lives?

All the people who have been healed from life-threatening illnesses and conditions, like Asher AlMaliach, and the boy from France who was dying from a terminal illness?

And all the people who couldn’t find their marriage partner who are now happily – and miraculously – married, like Ephraim and Miriam?

For every story you read on this site, there are literally hundreds if not thousands more.

The Rav is literally saving people’s lives, and sweetening judgments every minute and every hour of every single day.

So, how, without the Rav?

I hope we’re not going to find that out for a very, very long time.

And in the meantime – the Rav needs our prayers.

We’re all busy, we’re all stressed, we’re also lazy and occasionally despairing that our prayers count, or can do anything. But I promise you this: every single Tikkun Haklali each of says is keeping the Rav going, and giving him more strength. Every single prayer we say in his merit is helping the Rav.

Sure, his followers needed Rebbe Nachman, of course they did. But Rebbe Nachman also needed them, to really achieve the tikkunim and the spiritual rectifications he was trying to pull off, to bring geula and the moshiach the sweet way.

The Rav can’t do this without us.

And we for sure can’t do this without him.