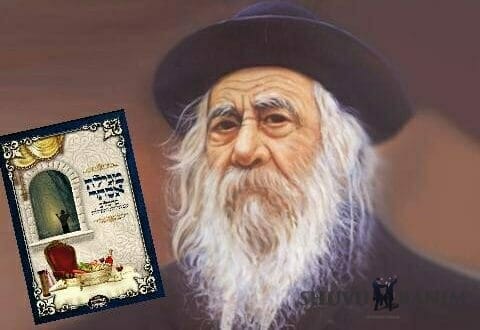 The connection of Rav Berland shlit”a with the Steipler zt”l is well known.  In a shiur which was given over years ago in honor of Purim, the Rav shlit”a speaks about those days in the home of the Gadol HaDor.

“I would learn with the Steipler every day from one to three.  During the break, I didn’t have what to do, so I would sit with him and mamash learn sugyot (sections of Gemara).  I would ask him questions in Choshen Mishpat, in halachah.  We would learn from the beginning of the sugyah until the Poskim, to bring out the learning to practical halachah.

“I bought his apartment on Rashbam Street, and he wanted me to move into the apartment on Rosh Chodesh Nisan, so that I would manage to prepare for Pesach, and his apartment still wasn’t ready.  He went to live by his daughter, Barzan.  She was a widow.  Also with Rav Barzan, I would learn every Shabbat evening.

“You don’t say to the mashgiach, ‘Who are you?  You won’t tell us what to do!’  This is chutzpah!  This is the worst!  The whole reason that Achashverosh killed Vashti was because she was insolent towards him, that she said that he doesn’t know how to drink.

From “Megilat Esther Breslov,” which it’s possible to purchase at the book stand of R’ Aharon Shushan outside the Prayer Hall on 14 Ido HaNavi St., as well as in the Eyn Yaakov bookstore.