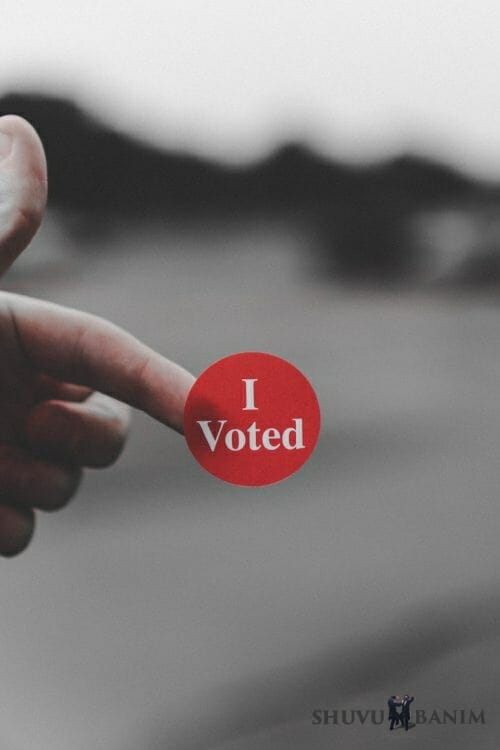 At the end of last week (Parshat Ki Teitzei 5779), Rabbi Eliezer Berland, shlita, gave over two messages regarding the upcoming elections. The following has been translated from the Shivivei Or Newsletter, #111.

And they want to destroy everything here, the whole Jewish religion, and to destroy Shabbat. They will force cars into chareidi areas (on Shabbat) and they will not permit anyone to put up any ‘fences’ (gederot).[1]

They have already announced everything, this is their platform for the elections.

This is a situation of pikuach nefesh (saving a life). We need to know that this is like a war, now, and whoever doesn’t go to vote simply doesn’t understand the severity of the situation.

Gantz, Lapid and Yisrael Beitanu – Lieberman – want to annihilate all of Judaism.

Within two years, there won’t be a religious Jew here, we will need to flee to Egypt, or to Jordan, or to move to New York or Miami.

We already opened a yeshiva in Miami, the Breslov Center, someone donated everything – they donated a mikva for $300,000. We are already preparing everything in Miami. If a war breaks out here, everyone is going to Miami.

There, we will begin Yiddishkeit from anew, the whole of Miami will make teshuva.

And this will be known next week. Next week, we will find out if Gantz will win, together with Lapid and Lieberman. They want to do it together, they will even accept the Arabs [the Arab parties]. The ikker (whole thing) is that they will have 61 [seats]. Here, we talk about 61. 61 is the magic number.

Whoever brings 61, he will be the king.

There is a world war going on here. They simply want to uproot religion.

Now, they want to abolish all the synagogues, and turn them all into matnasim (a matnas is a secular community centre). There will be football, there will be tennis, upthere will be ping-pong.

Within two years, there won’t be any yeshivas, no money for their budgets.

They want to uproot everything, and only the Agudah will fight. The only party that really has sincerely dati (religiously-observant) people, it’s only Agudah.

Agudah is the only one that will fight for Judaism, and for the Torah.

From Rabbi Berland’s comments, it seems we are approaching the Eleventh Hour in the State of Israel. Rabbi Berland is urging everyone who cares about Torah and Judaism to vote for Agudah on September 17th –  the Agudah Party’s symbol is Gimmel – ג.

And may we only hear good news.

[1] ‘Putting fences’ is also an expression in the Torah world for adopting customs and measures to ensure that no Torah laws should be transgressed, even accidentally.