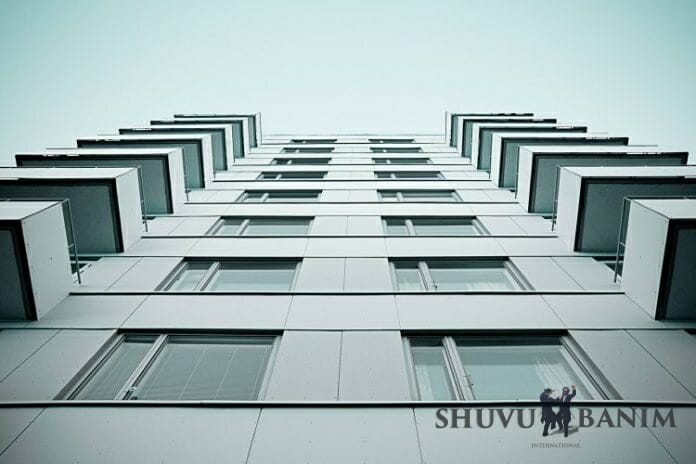 Believe in the Tzaddik, and apartments will fall from the sky

Translated excerpt of a shiur given by Rav Eliezer Berland, shlita, at melava malka, on the motzash of Parshat Nasso, 5778

All of the world-to-come will only be dancing.

In the future, HaKadosh Baruch Hu (God) will make a big dance for the Tzaddikim, and each one will see Hashem… with his own eyes, like it was with Berkowitz, who I told to move Jerusalem from Kiryat Sefer.

An apartment will fall from the sky

Then, he didn’t have his apartment on Moshe Hagiz St. I told him: ‘when you come, the apartment will fall down on you from the sky, suddenly you’ll find an apartment, suddenly, an apartment will come to you, with 10 rooms!’ I thought that his wife would tell him to stay in Kiryat Sefer.

In a nutshell, he was walking on Moshe Hagiz St, and he was thinking to himself: ‘The Rav told me that an apartment would fall on me from the sky,’ so he was looking up at the heavens. Suddenly, someone came over to him, out of the blue, and said to him:

“Are you maybe looking for an apartment? I have an apartment, but it’s completely wrecked. The walls are broken, and it hasn’t got a floor….”

“You made the mistake!”

So what did this cablan do? “What, you’re accusing me of making a mistake?! YOU made the mistake! Get out of my office!” [Berkowitz] told him, “But I need to give you more money…” “Get out of here!! I don’t want to see your face again!”

Wait until the last moment…

The same thing happened by Avi Katz. He also needed to move house. I told him, wait until the last moment. At the last minute, he came to the vatikin (sunrise) prayers. The Rav told him not to look for an apartment, an apartment will come down from heaven, this is Avi Katz, the second story.

So, he came to me, he waited until the prayers were over in the shul, then he said: “Listen, the Rav told me not to look for an apartment. I’ve already rented a machsan (storage space) for my furniture….” He and his wife, they had one daughter.

I told him, you know what? There’s an apartment here! He said to me, “What, I’m going to try and take possession by myself? What if they throw me out?” So I told him that I will come with him. By us, we have an abundance of apartments, there’s an apartment on Yosef Chaim Sonnenfeld St.

Back then, they didn’t even really have roads, so he was sleeping in the dust. Suddenly, someone came to him and helped to organize an apartment for him, a corner to live in…

She gave the apartment to Shuvu Banim for free

So Shmuel Liani was there…and Yitzhak Galban, and I don’t remember the third person who was there. So we knocked on the door, and we asked them: “Can we have your apartment?” They told us, “be our guest! You can come in, we’re leaving anyway.” When [the owner of the apartment’s] husband died, she gave the apartment for free to the young men of Shuvu Banim.

So they left, and he lived there for 10 years, and he didn’t even pay for electricity, or for water. It was a very simple apartment that didn’t have anything. It wasn’t hooked up to anything, not the electricity company and not the water mains. So, these were the miracles that took place.

Every second, there are miracles here. A person only has to only simply believe in the Tzaddik, and apartments will fall from the sky.