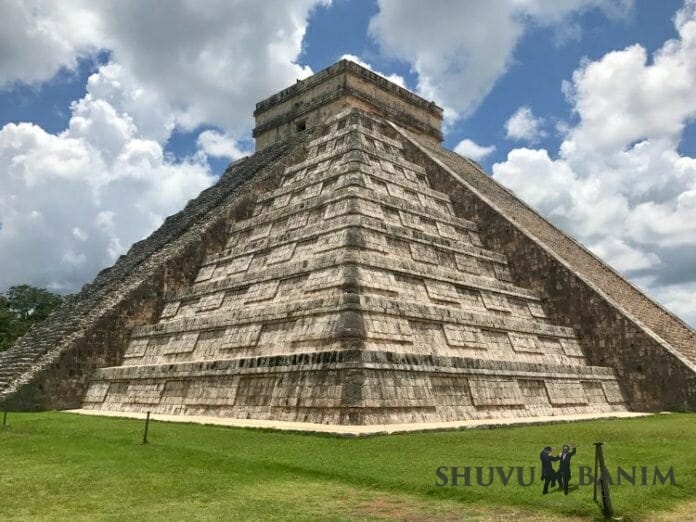 People thought the world was ending in 2012 – nothing happened

Shiur given over by Rabbi Eliezer Berland, shlita, on Wednesday night, January 20th, 2021.

Even R’ Zeira, who used to enter into a fire, but he was still scared of people who had raatan.

But, he was afraid of baalei raatan.

“You should guard your souls exceedingly – sakanat nefashot (mortal danger).”

[In some places], sakanah is more severe (i.e. given more weight) than a prohibition.”

So Rav Zeira would not sit opposite a draft; Rav Ammi and Rav Assi would not eat from the eggs; Rav Elazar – who was the greatest in Eretz Yisrael, he was the head of the yeshiva in the time of Rabbi Yochanan – he wouldn’t let them come into his house.

Not even to come close to the door, because they were all full of germs.

The flies pass on all the germs.

If a fly lands on someone who is sick with Corona, even if straight afterwards [the fly] goes away, he still brings with him a billion germs.

Each [unit of a] billion germs takes up at least a square metre. So the flies are the most dangerous.

Rav Yochanan was careful about the flies from the alleyway. Rav Yochanan said, be careful of the flies! And people who have raatan, don’t go near them, because the flies pass on their illness.

This was Rabbi Yochanan, who was the greatest.

After that, came Rav Elazar who was even greater, and he said [they should] not come into his room. And after this, came Rav Zeira, and he would not sit in the draft. And after this, came Rav Ammi and Rav Assi, and they wouldn’t eat anything. Even from the eggs, they wouldn’t eat. All the eggs that were in that alleyway – even though you couldn’t see them, [even if they were] in a room inside a room, in a different room. It doesn’t matter.

It’s forbidden to eat all the eggs.

Therefore, a person comes into the world to  learn Torah.

Now, we’ll speak about the mesirut nefesh of R Yehoshua ben Levi, that he sacrificed himself so much for baalei raatan.

He would teach them gemara and chumash. When Rabbi Eliezer and Rabbi Yehoshua learned chumash, fire came out. All the house went up in flames.

When a person learns Torah, fire comes out.

A person needs to continue learning Torah until 1am, at night. On no account should he not [learn]. Fire came out, fiery flames. They brought the Super Tanker, that [disperses] 80 tons of water every 5 minutes. It didn’t help at all.

They brought planes from Russia, from Greece, from Turkey, it didn’t help at all. Until Abuya, the father of Elisha, came down 180 steps, down to the basement. As soon as he arrived at the basement, he broke down the door. He had a lot of strength. He saw R Eliezer and R Yehoshua learning the parsha [‘Come to Pharoah’ – the opening of Parshat Bo].

You make teshuva, and you will become King of Nineveh.

Yonah [the Prophet] came and said, in another 40 days, Nineveh will be overturned.

On December 21st, in 2012, in the 12th month, which is December, on the 21st, so people mamash, thousands of people, millions of people, dug bunkers under their homes and listened to that ‘prophecy’.

The world continued in its usual way.

They said that the elevators will fly and the electricity will jump to a million watts – nothing happened.

The world will end. It’s the end of the world.

He brings the thing b’ito – in its time. He brings something like a hundred prophecies that the world will be destroyed, and we’re still alive in the zchut of this.[2]

If someone comes and says the land will be overturned, he needs to be hospitalized.

Pharoah said, this isn’t the first time I’ve been tested. I don’t want to be tested another time. One time was enough for me, with Moshe.

Now in the parsha Come to Pharoah, Pharoah makes teshuva.

Therefore, it’s written come to Pharoah, so that he will make teshuva. He was in the challal panui – the vacated space, because all the apikorsim (heretics) are strengthened from the vacated space.

Because they don’t ‘see Hashem from their flesh (gashmiut)’. Already from the age of 3, a person knows that God exists. But to see this, the problem is man cannot see Me and live. This is only after his death.

Translated from the Shivivei Or Newsletter #196.

Excerpt of Ketubot 77b:

The Gemara inquires about the disease of raatan:

From what does [this condition] come?

That can be answered from that which has been taught in a Baraisa: If one had blood let from him and then cohabits, he will have feeble children. If both [a man and woman] had blood let and cohabited, they will have children that are afflicted with raatan.

An Amora qualifies this teaching:

We said that cohabitation after bloodletting is inadvisable only when [the person] did not eat anything in between. But if he did eat something we have no objection to it.

The Gemara elaborates on the raatan disease:

What are its symptoms? His eyes tear, his nostrils run, he brings spittle from his mouth, and flies swarm around him….

The Gemara notes several precautions taken in regard to raatan:

R’ Yochanan announced: Take heed of the flies that rest upon those who are afflicted with raatan. R’ Zeira did not sit downwind of [someone afflicted with raatan]. R’ Elazar did not enter the tent of a [raatan victim]. R’ Ami and R’ Assi would not eat the eggs that came from that neighborhood.

One Amora behaved differently towards those afflicted with raatan:

R’ Yehoshua ben Levi stuck close to them and engaged in the study of Torah. He said: The verse calls Torah: A beloved hind and she effuses charm. If [the Torah] bestows charm upon those who study it – will it not protect them from disease as well?

[1] He made a point of specifically teaching Torah to people who had raatan.

[2] There is a firm idea in Judaism that every time a date for ‘the end’ is predicted, it doesn’t come to pass.

Gemara on the End of Days: Tractate Sanhedrin 97b: Geula Depends on Teshuva

David Simcha - July 21, 2022 0
Celebrating ten years since the mass teshuva gathering at Ramat Gan’s Winter Stadium through the instruction of our Rebbe, the Gaon and Tzaddik, Rabbi Eliezer Berland shlit”a, under the title “There are no evildoers...
Read more