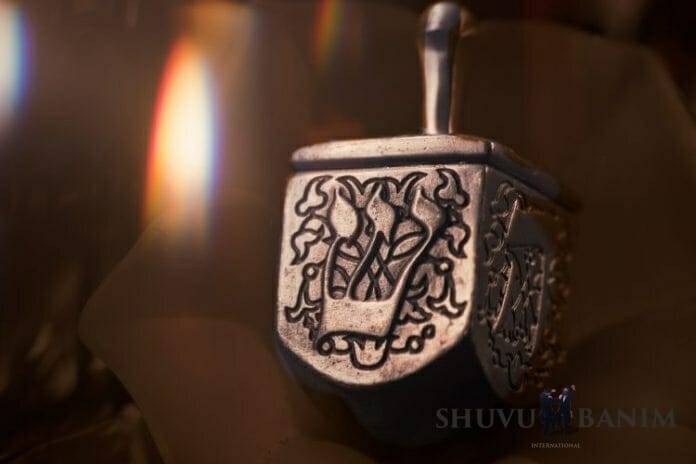 The Decree of the Rockets Can Be Cancelled!

Excerpt of a shiur given by Rabbi Eliezer Berland on the 14th of Cheshvan, 5780, at Chatzot, Part 2.

The Rebbe said “I need to have machloket (harsh opposition)”- at each and every step.

The whole spiritual work of a person is just to be insulted, this is all the work. All the Gemara learning, it’s just in order that he will have the intellect required to properly receive insults. A person who doesn’t learn Gemara can’t receive insults properly. This type of intelligence only comes from learning Gemara.

There is nothing else that gives a person true intellect, except learning Gemara.

….And then, ‘For My House will be a House of Prayer for all the nations’.

Hashem said to him, “For a day in your courtyard is better, I have chosen it from a thousand” (Tehilim 84:11).

It’s written, “Because a sun and a shield” – because the Tzaddik is called ‘sun’.

Fundamentally, a person needs to believe in the Tzaddik.

“Praiseworthy are the ones who walk with simplicity” (Tehillim 119:1).

When a person believes in the Tzaddik, then he is called “praiseworthy are the ones who walk with simplicity.” Because a person needs to walk on his hands and feet for a thousand years, in the hopes of maybe finding the True Tzaddik for even a single second.

And then, all of his prayers will ascend. Without the Tzaddik, no prayer can ascend.

The dreidel is linked to redemption

…”You redeemed the tribe of Your inheritance.” Rabbenu (Rebbe Nachman) says that the first letters of this [in Hebrew], Galta Shevet Nahalat Har (Tzion) are Gimel, Shin, Nun and Hei – the letters written on the four sides of the dreidel.

This is nes gadol hayah sham (a great miracle occurred there).

But now, the Zionists changed it to a Pey.

(The Shin on the dreidel stands for sham – ‘there’, i.e. Eretz Yisrael.  Jewish communities in the diaspora still have driedels with the letter Shin, but when the secular Zionists created the State of Israel, they decreed that the ‘Shin’ should be switched to a Pey – which stand for po, here. I.e., that the great miracle happened here, in Eretz Yisrael.)

We must change it back to Shin, because great secrets are bound up with this!

This is related to the verse, “You have redeemed the tribe of Your inheritance, this mountain of Tzion You have dwelled within it.”

Because through [spinning] the dreidel, the Beit HaMikdash will be built.

Today, we are already at the 15th of Cheshvan, exactly.

In another 40 days, (on the 25th of Kislev) we’ll start spinning the driedel. And these are exactly the letters, and this is the chiddush (novel Torah insight) of Rabbenu. No-one else revealed this….

The Prophet Yehezkel prophesized on the 10th of Tevet: “And it was the word of God to me, on the 9th year, on the 10th month, on the 10th of the month, to say: Son of man, write for yourself the name of the day, on this same day, the King of Bavel approached Jerusalem on this very day.” (Yehezkel 24:1-2).

And so, Rehavam said ‘scorpions’.[2] Because in the month of Scorpio, Mount Tzion will be rebuilt. So all the spiritual work of a person is to get to the month of Cheshvan….

(These words were delivered just after Rabbi Berland had been speaking in the South of Israel, at a time when rockets were being shot into the area from the Gaza strip.)

Because the truth is, that everything is miracles.

There are no ‘laws of nature’ in the whole world, the nes gadol that we got here. We said that no-one should leave Ashdod. We requested, we pleaded. We are guarding [the area]. Shuvu Banim is responsible for Ashdod, that we should guard over Ashdod with the prayers.

Now, whoever can travel, they should go and toivel there, in the sea.

So we can push off the next rockets for another 10 years, we will delay them more and more.

Because every year, they need a day to fire rockets, because if they don’t, they won’t get their payments from Iran and from America. There are organisations that donate money to them, and it’s impossible to put a stop to this, these are ‘charitable’ organisations, the money is camouflaged with all sorts of pretend things.

The Nazis built in Chile whole munitions factories, in order to build a nuclear bomb.

It was forbidden for the Nazis to have a nuclear ‘core’ (i.e. reactor) that could create a nuclear bomb, so they built it in Chile, in Argentina, in the ‘Land of Fire’. That’s where they built their munitions factories.

And it’s also possible to explode all this for them, because Iran said that in another week, it’s going to launch a nuclear bomb.

In any case, we need to know now that it’s possible to push off the harsh decrees of the next rockets by way of our prayers, and by getting up for chatzot, and by staying awake until 4am – it’s possible to cancel the decree of the rockets!!

There is no decree that can’t be cancelled.

The Gemara says in Tractate Brachot 63 – we learnt this on Monday – that there is no decree in the world that can’t be cancelled. A person needs to know this, so he’ll stay awake for longer at night, and get up for chatzot, and to toivel dafka in the sea – Dafka, to dip in the sea!

And then, he can nullify all the harsh decrees in the world – every gezeira in the world!

And this will be counted in his merit.

[1] See Sanhedrin 16a A heaven-sent wind would blow across the strings of David’s harp each night, to wake him from his sleep in time for chatzot.

[2] The scorpion, or ‘Scorpio’, is the astrological sign associated with the month of Cheshvan.