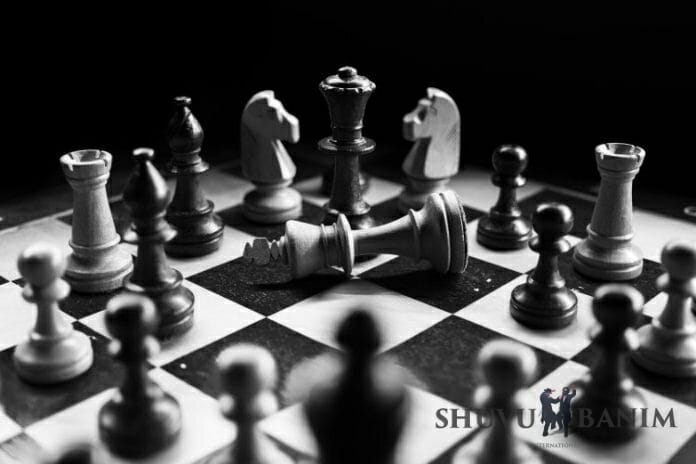 Excerpt of a shiur given by Rav Eliezer Berland, shlita, before the Torah Reading on the 11th of Kislev

Now, this is the biggest day – the yahrtzeit of Rabbi Tzvi Aryeh Rosenfeld. He was the first one to travel to Uman, because there was a person called Reiner[1], who was competing in a chess tournament between Russia and America.

[Reiner] was American, and was also a Jew, because all the chess masters were Jews. And the chess tournament was meant to end on Shabbat, so he said that he couldn’t come on Shabbat, it was forbidden to travel, and to desecrate the Shabbat.

So, Russia announced that she’d beaten America [by default], and immediately all the world started clamoring about the fact that there hadn’t even been a chess game. So they pushed off [the tournament] until the Monday. But no-one would agree to accompany [Reiner], because the Russians used to have the custom of putting needles under the fingernail of every tourist that came to visit.

But Reiner agreed to travel, and the American beat the Russian, and after the match they sat together drinking vodka. Khruschev drank 15 glasses, and Reiner spilled his onto the floor, until there was a big puddle, but [Khruschev] already wasn’t paying attention to anything.

(It’s like what happened in Atlit, when we used to go the billiard lounges to do kiruv (outreach). This is what Rav Grossman used to do – he brought all of his talmidim (students) closer, from there.

We would play [billiards] with someone and win. There, you push balls around with a stick – and then we would sit together, and he would bring me some Arak to drink. So for every cup [that the other billiard player] drank, I would spill mine on the ground, until there was a river there that reached as far as the airport, and they called up from the airport to complain that the planes had all been [washed away.]

That’s when he realized that I’d been pouring it on the floor, and he was really insulted. How could I have spilled out that expensive liquor, which helped people to open their minds. It seems he was only drinking it in order to learn some Shas… He didn’t want to forgive me under any circumstances, not even on Yom Kippur. It was only after half an hour that I just about managed to pacify him.)

‘You can have whatever you want!’

In Russia, they asked Reiner to ask for whatever he wanted. ‘Whatever you want, you’ll get it!’ So he told them: “I want a visa to visit Poland.” “That’s not enough!” Khruschev told him. “I can get you that with just one phone call, that’s nothing. Ask for something big!”

So, [Reiner] said that he wanted to open Russia up to tourists, and that he would have a monopoly on tourism to Russia. They told him that there were no hotels there, so he said: “I’ll build the hotels.” So Khruschev told him, “You have my agreement. But for such a big thing like this, we also have to ask the Kremlin and the parliament to agree.”

So they sat for three days and three nights, they didn’t eat, they didn’t drink, until finally they gave him permission. And then [Reiner] publicized the fact that there were now trips going to Russia – but no-one came, because they knew that there they stuck needles underneath people’s fingernails.

After two months, they told Reiner that there was one person who was prepared to pay whatever it would take in order to travel to Russia. That was Tzvi Aryeh Rosenfeld.

So they met, and [Rav Rosenfeld] travelled out with 50 of his students, and they travelled to Kiev and from there they went to Uman. In Uman, no-one could understand what was going on. Why had this group of Americans come? The city’s mayor came, and all the city turned out to greet them, with lamps, and then they all went to [Rebbe Nachman’s] Tziyon[2].

Why are they only travelling to Uman?!

The non-Jewish woman who lived there didn’t agree to open the gate of the courtyard, so the mayor went and opened the gate himself, and everyone entered the Tziyon. That’s how it was the five times they flew out, until the Russians started saying, what’s this?! Why are you only travelling to Uman?! And then they cancelled the visas – until we started coming, with Rav Moshe Bienenstock and Rav Shlomo Rotenberg, and we opened up the way to Uman.

While I was in America, I learned with Rav Tzvi Aryeh the whole time. We learned the whole of Shas, all the Zohar – and he knew everything by heart. He was almost like the Vilna Gaon. He was the 15th generation from the Gaon of Tcherin.

We strengthened Reiner, and he started to keep Shabbat, and then he donated the whole upper floor of the [Breslov] Shul [in Meah Shearim].

Once, Rav Tzvi Aryeh had a very serious heart condition, he was in critical condition. He was confined to his bed, and the doctors told him that if he tried to fly to Israel, he’d lose his life. So he asked the doctor if it was possible for him to at least make it as far as the plane.

And today is his yahrtzeit.

[1] This would appear to be Samuel Reshevsky, a Polish American Jewish chess grandmaster who was presented to Nikita Khruschev in 1955. Reshevsky famously refused to play any chess games on Shabbat.

[2] At that time, all the Breslov chassidut had was the outline where they knew Rebbe Nachman had been buried, in the back garden of a Russian woman’s house, underneath the window.

[3] After the Six Day War, the former USSR had broken off ties with Israel, and it was impossible for an Israeli citizen to visit the former USSR. Many of the Breslov chassidim, including Rav Berland himself, got around this restriction by spending 6 months in America, in order to receive a green card that would enable them to travel to the USSR on an American passport.