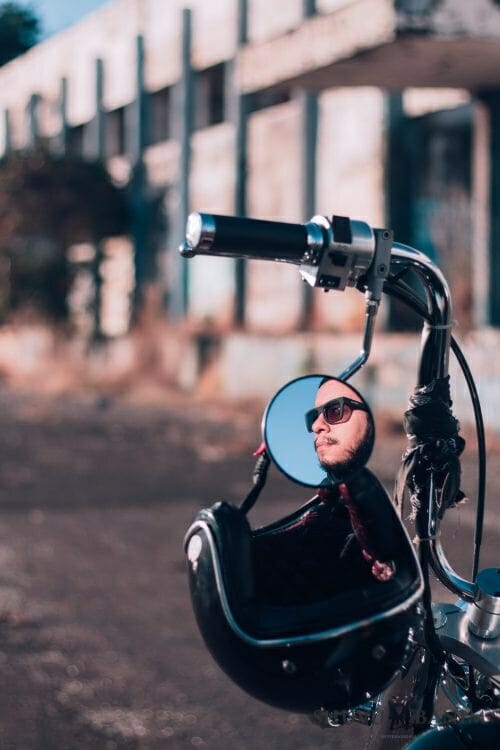 Lighting up the blind spot

The Baal Shem Tov famously taught that whatever you see in other people, and in the world around you, that bothers you in some way – it’s just mirroring something inside yourself that’s hiding away in your blind spot.

L’havdil, even the biggest evildoers in the world committed their evil within this inner framework of a philosophical justification. I once heard Adolf Eichmann, may his name be erased, trying to justify how he really wasn’t so bad, because he’d arranged to give some of the Jewish kids chocolate, while they were waiting to be gassed.

But such is the way of the yetzer hara, and such is its power to whitewash our own bad deeds, and our own wrongdoing, and to paint ourselves a self-portrait that is often very far from being realistic.

Luckily, God has given us a way to figure out what’s really going on in the blindspot.

First, we have to notice what it is that’s driving us bonkers about other people. In particular, focus on the things that drive you so bonkers, you feel the overwhelming urge to criticize someone else about a particular thing they are doing, or not doing, and to vocally find fault in some way.

“You never pick your socks off the floor!”

yells the overwrought mum, who’s been monopolizing the living room table with all her paperwork for two weeks.

“I can’t believe I saw someone popping grapes into their mouth at the fruit shop, without paying for them first!”

says the shocked shopper, oblivious to the fact that whenever you eat something without first saying a blessing on it (like she does all the time), this is also considered to be a form of ‘stealing’.

“The pupils in this school are addicted to their iPhones!”

screams the principal, who is so wedded to her own smartphone she’s had it surgically attached to her ear.

These are the more gentle examples, but I’ve also noticed that the more someone is standing on their soapbox to publically decry ‘abuse!!!’, the more they themselves usually have to hide, and the more troubling their own track record is, when it comes to abusing others.

While the world generally is a mirror, the Baal Shem Tov also taught that the Tzaddik himself is a mirror. This explains why people can look at someone like Rav Berland, and believe the most disgusting things about him. In a nutshell:

Whatever you see in that pious, holy, gentle soul, that’s what you have inside yourself.

And sometimes, it really ain’t pretty.

So, the first way to see what might be hiding in the blindspot is to notice what you have reflecting back at you from the world generally, and the Tzaddikim in particular.

The zero to hundred rule

The second thing that really helps me to figure things out is what I call the ‘zero to hundred’ rule. To state this simply, our yetzer likes to deal in absolutes; it likes to tell us that we are always 100% in the right, and that the problem is always 100% the other person’s fault.

Or, to flip this around, it tells us we are zero percent to blame for the problem or mess, and that whatever uck we see going on around us, the message is 100% for the other person, and zero percent for us.

But this isn’t true!

Again, the rule of thumb is that if someone is doing something that is bothering us, even if it only bothers us a teeny, tiny bit, that’s a sign that we still have some ‘clue’ to pick up over there, and some work to do.

This is always the key question to ask if you really want to figure out what’s hiding in the blind spot, and really the only way to get the answer is to take it back to God, and talk to Him about it.

Who knew? Who could have guessed that you were projecting your own inner issues on to other people like that? But it happens to all of us, and it happens all the time.

The trick is to not keep blaming other people 100%, and to know that it’s highly unlikely you have zero work to do yourself.

And this will make your soul smile like nothing else.

Too much light – Shiur for Women, Sunday 10am

Stepping out from behind the screen

The difference a little bit makes