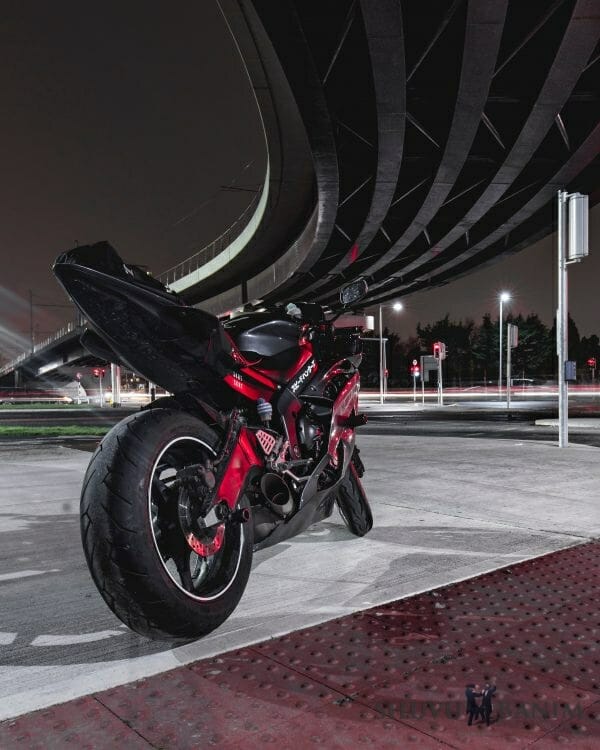 Motorbikes Are The Angel of Death

[King] Shaul was the gilgul (reincarnation) of Lamech. It’s written: “Methuselah lived one hundred and eight-seven years, and begot Lamech.”[1] This is the initials of ‘Shaul’. Even though there [this passage is referring to] Lamech the tzaddik…

Shaul was the reincarnation of Lamech the rasha (evildoer).

Lamech wasn’t so guilty, in relation to the murder of his grandfather Cain, and his son, Tubal Cain, as it’s explained.[2] We in Shuvu Banim put the blame on him, but he wasn’t so guilty. He doesn’t deserve that sort of harsh blame.

After all, he was blind, he couldn’t see, they had to lead him around, and Tubal Cain was guiding him. However, he used to shoot [an arrow] right on target. Every arrow that he fired – it used to hit the bullseye. Tubal Cain just used to aim the weapon. Abba, fire in this direction – and then he’d shoot…

But he got a direct hit on his grandfather.

And why did Tubal Cain think that Cain was theirs [to kill], and guided his father’s hand to shoot at him? Only because it’s written: “And Hashem placed upon Cain a sign.”[3]  What’s was Cain’s ‘sign’? Hashem made him a horn.[4] Another commentator says that he was given a dog, another one says that the sun shone on him.

But, he fired an arrow, and the sweet grandfather stayed sweet. All the sugar came out, all the sugar was poured outside.

So they, Lamech and his son Tubal Cain, went to see who this was, with the horn, and they see that it’s their sweet Grandfather, who was made out of sugar. Then, Lamech was so very frightened, that he did this [the Rav claps his hands together] – but by him, when he used to do that, he could crush an elephant. So he crushed his son, Tubal Cain, and in the space of five minutes two holy, pure souls went up to Gan Eden.

All of this needed to be atoned for.

Shaul needed to atone for everything.

If he had listened those two times to the voice of Shmuel… He just needed to wait another two minutes – two minutes, exactly,[5] when he was shecting (ritually slaughtering) the korban (sacrifice), until Shmuel would come.

Because wars aren’t started without slaughtering a korban, this is a rule in all of the nations. An elevation offering, something. They used to slaughter their children, usually – by the goyim, they used to kill their son.

The King of Moab sacrificed his oldest son, and foam came out. No going to war, without sacrificing someone. Usually, they would sacrifice the first-born son, the most beloved child. We [i.e. the Jews] used to slaughter sheep.

Shaul sacrificed a sheep, and after two minutes, Shmuel came. Shmuel asked him, what have you done?! After all, I told you not to slaughter until I got here!

Shaul replied, The people scared me. Doeg the Edomite told me to slaughter.

Shmuel responded Hashem wanted to give you eternal kingship!

This was all about the reincarnation of souls.

This was about Ahaz and Josiah. Josiah was the reincarnation of Ahaz, and that’s why he needed to be stabbed with 300 daggers. After this, Rabbi Yehuda ben Babba was also one of his gilguls (reincarnations). So, he also received 300 daggers[6]. Each time, 300 daggers, 300 spears.

And this is what the Rebbe [Rebbe Nachman of Breslov] writes here, (in Chayey Moharan #228), that they broke us like a broken potsherd.

The Rebbe said, if you follow after me, and stay the course, like we heard now, that tens of the hevra (community) have taken off their suits, and are walking around the streets in their vests, without their payot (side curls).

Rabbi Yehuda HaNassi said that in one single hour, Eliezer ben Dordaya preceded us to life in the world to come.[7]

This is the Angel of Death, himself.

The Tzaddik can sweeten everything