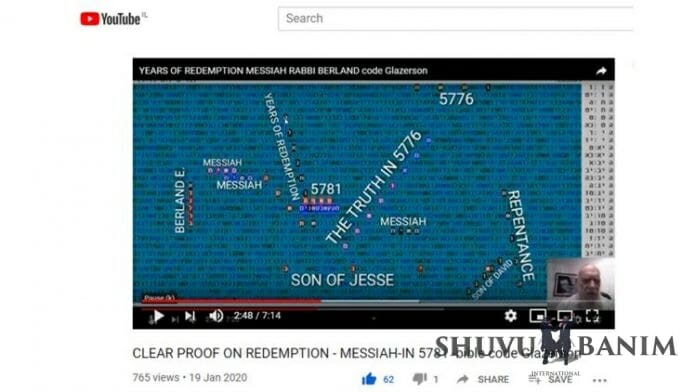 On Rosh Chodesh Elul 5775, Rav Eliezer Berland stunned his followers by making specific references to the coming of the Moshiach. You can read the full article HERE, below is an excerpt of some of his comments:

“We are now preparing the Yom Kippur of 5776, preparing the Yom Kippur a day of salvation of 5781 when the Rosh Hashanah will come out on Shabbos and Pesach on Motzaei Shabbos and there will be a Purim Meshulash, when there will be the geulah, then it will be a day for relief, 5781, so will the true salvation to Israel, which Daniel prophesized that this will be on two thousand and three hundred, morn till eve, 2300 years, which will end in 5781, the year of Israel’s salvation.

Since the Rav first uttered these words, so much water has flowed under the bridge. There have been so very many other ‘predictions’ that have come and gone. Yet now that we are approaching 5781, more information is starting to come to light to support Rabbi Berland’s words from six years’ ago.

Recently, Rabbi Yekutiel Fish, shlita, author of the Sod HaChashmal mentioned that the Brisker Rav is supposed to have stated that the geula will begin either in 5780 or 5781. You can see an English translation of his words HERE.

Rabbi Matityahu Glazerson, shlita, then picked up this information, and searched for information in the Torah codes, which brought up the table he describes in this video:

The table shows the following: 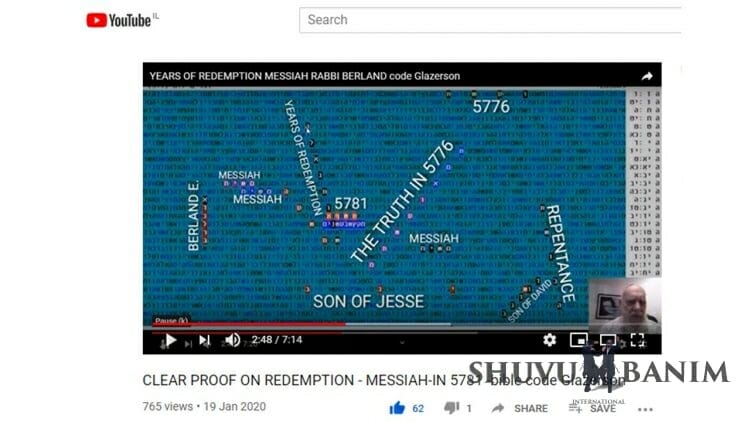 The words “Berland E’ are on the far left of the screen, next to the two mentions of ‘Messiah’ – presumably references to Moshiach ben Yosef and Moshiach ben David. Then, ‘Years of Redemption’ appears next to the date 5781 – as Rabbi Berland said six years ago, as the date which will conclude our current period of the ‘birthpangs’ leading up to the Geula beginning in earnest.

Next, the table states: “The Truth in 5776” – which is when Rabbi Berland first spoke of this process of geula, and explained:

At that time, many people were dismissive of the Rav’s words, and still today, many people are still not seeing the tremendous light that Rabbi Berland, shlita, is shining into the world with his da’at, holiness and wisdom.

Over on the right of the screen, the table then talks about a third ‘Messiah’ – possibly in reference to a false messiah that will prevent the Jewish people from connecting to the real Moshiach ben Yosef / Moshiach ben David – before concluding with the word ‘teshuva’ – repentance.

Everything depends on the nation of Israel’s repentance, and their ability to see past the web of deceit and lies being spun by the yetzer hara, to keep the Jewish people away from the truth.

May it be Hashem’s will, that the Jewish people’s eyes should be opened, and that we should have the revelation of Moshiach the sweet way, very soon.