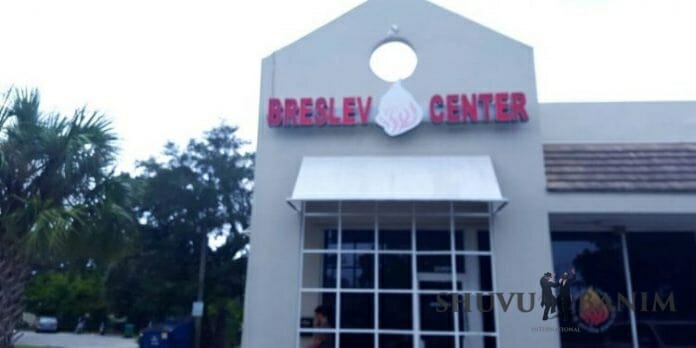 Adapted from a lesson that Rabbi Eliezer Berland shlit”a gave to the Breslev Kollel “Shuvu Banim” in Miami over the phone – when the Rav was at Tzalmon prison — Parshas Noach 5777:

Hashem wanted for Noach to bring down a Holy Temple of fire and an ‘olive leaf plucked in its bill,’ this is the soul of Melech HaMashiach.  Because it is written in Psalms (52:10-11), ‘But I am like an ever-fresh olive tree in the House of G-d, I trust in the kindness of G-d forever and ever.

I will thank You forever because You have done [it], and in the presence of Your devout ones I will hope to Your Name, for it is good.”  The Zohar says that this entire chapter is about Noach who needed to bring down a Holy Temple of fire.  Because the ark was like the Holy Temple after Noach was inside it for twelve months.  The bedroom was Holy of Holies, like Jacob who came to Isaac inside the Holy of Holies, and from there he received from the dew of the heavens (ibid 27:28) the power to revive the dead.

Because Noach lost the power to revive the dead.  If Noach hadn’t drunken the wine, he wouldn’t have lost the level of reviving the dead.

Because now we’re in the Garden of Eden — pleasant to the upper realms, pleasant to the lower realms.  ‘You place on his head a crown of pure gold’ (Psalms 21:4).  The crown of Mashiach – the dove which brought the olive will also bring the crown to Melech HaMashiach.

The Chasam Sofer says that in every generation there is Melech HaMashiach, [and that we] only need to merit to it like Noach.  Noach succeeded in bringing the dove which will bring the crown to Melech HaMashiach.   It’s written in “Sefer Karnaim” of Rabbi Shimshon of Ostropoli that Mashiach will be revealed in the Hebrew month of Tevet.  ‘Tik’demenu Berachot Tov (You will precede us [with] good blessings)’ – initial Hebrew letters: TeVeT.

Because first Mashiach will come to Miami; ‘Life [he] asked of you.’  Because Mashiach son of David needs to die, but he won’t die if he travels to Uman.  He won’t die because Mashiach also needs to travel to Uman.  ‘OReKh YaMiM’ (length of days) – the letters of which [when rearranged] spell KeReM MIAMI (Vineyard of Miami) [Note: the Hebrew letter Aleph here can denote both ‘A’ or ‘O’ in English].  We will open Yeshivas Kerem Miami after the name Orekh Yamim.  10 X 26 = 260.  ‘Kerem” [has a numerical value of] ten times the Holy Name Havaya (260) – Kerem Yisrael (the Vineyard of Israel) – that the redemption of the Jewish people will begin from Miami, without any doubt.”

To hear the shiur, click here to go to the Hebrew page.

Why Do You Need to Get Married? – The Daily Chizzuk with Rav Eliezer Berland Shlit”a