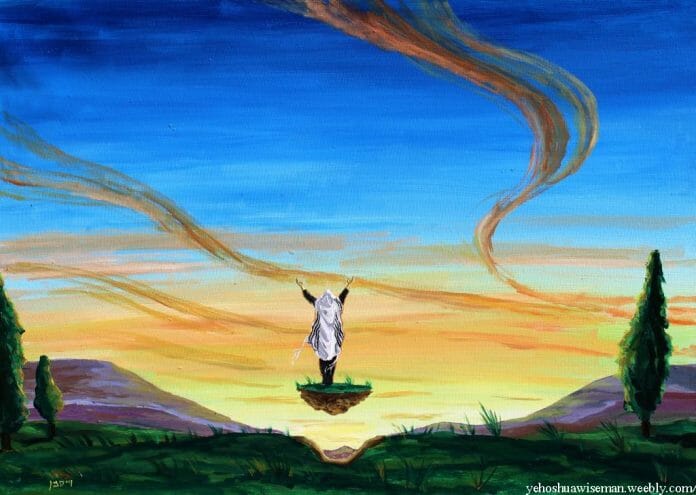 “The man Moshe was very humble, more than any other person on the face of the earth”

Korach was given an important task from heaven. Hashem made him a gifted speaker in order to unify and strengthen the nation and restore their belief in Moshe Rabbeinu. Korach knew very well who Moshe Rabbeinu was. He just couldn’t overcome his own jealousy and hatred. Korach was supposed to unify the people so that they would believe in Moshe Rabbeinu and to include each soul in the general soul of Israel. To be included within the general soul of Israel one must consider himself on a lower level than everyone else. When can a person become included in Klal Yisrael? “When I know that I am on a lower level than everyone else. I am on the bottom. There is no one lower than me.” This is the level of humility that Moshe Rabbeinu merited having, as it is said about him, “The man Moshe was very humble, more than any other person on the face of the earth” (Bamidbar 12:3). If Korach had been successful in uniting all of Israel and bringing them to Moshe Rabbeinu, then he would have been able to rise up to lofty levels and he would have brought the entire nation of Israel to these lofty levels.

For the nation already had lost their connection with Moshe Rabbeinu who was going around with his face covered, hiding himself. Slowly, the nation began to forget: “far from the eyes—far from the heart”. Whatever a person doesn’t see, he forgets about. When a person is in the physical world, inside a body, he doesn’t see things. Reb Natan says that Korach’s job was to bring the nation back to their faith in Moshe Rabbeinu and to bring them out of their state of forgetfulness. But Korach didn’t accomplish this mission because of his arrogance and conceit and his desire to rule. The holy book “Asara Maamaros” explains that Korach was fitting to be the leader of the nation of Israel. As Chazal state everyone saw Korach flying in the air. Korach, with all his family and with all his brothers, flew through the air because they were the ones who carried the ark, and “the ark lifted up those who carried it.” If Korach was carried in the air, then wouldn’t Moshe also have been carried in the air? Certainly! But Moshe hid his level. Moshe walked on the earth. Moshe was the “exception” and walked with his legs, slowly, using a walking stick. So everyone ran after Korach. Are people running after you? Wonderful—excellent! Use this for good and tell everyone about the greatness of Moshe Rabbeinu—the Moshe Rabbeinu who walks on the earth—he is truly something else. Moshe Rabbeinu hides who he is! If Moshe can cause Korach to fly, then certainly he can fly himself. Moshe Rabbeinu wanted to get all Am Yisrael to the level of “flying in the air with the holy ark”, to make it that all of Am Yisrael would travel on “eagle’s wings”.

Korach made a mistake: he thought that Moshe was just extremely talented. Everyone saw that Moshe had been gifted with a lot of abilities. So, Korach figured he would work on attaining all of these talents and then he would also have all of these abilities. Apart from his mistakenly thinking that it was possible to achieve these abilities by learning them, he also made another mistake: he thought that Moshe got his power from Am Yisrael. He didn’t understand that it was Moshe’s own power that was influencing Am Yisrael, that Moshe himself was equal to all of Am Yisrael, and as Chazal say, he was the root of all of the souls of Israel. He thought that the leader got his power from the nation, so the more chassidim a person had, the more followers he had, the more revered he was, the more power he would receive from the people. He thought that a leader’s energy and power to influence and speak was a product of how many followers he had. So he thought that Moshe got his power from the people and not that Moshe was the source of all the souls and that each and every soul was a spark of Moshe Rabbeinu. Korach said, “I’ll take the whole nation to my side. If Moshe’s power comes from the nation, then I will assemble the nation and I will gather the entire nation for myself, I will receive the power myself, and with this power I will lead the nation. I will do miracles and wonders and will rise up to Heaven.”

Reb Natan says that Moshe was not someone who had worked on himself, developed his abilities and traits; rather, he was handicapped and unable to speak well “heavy mouth and heavy tongue”. He wasn’t a talented speaker and didn’t have the power of persuasion, it was even hard to understand him when he spoke. So what was Moshe’s outstanding trait? It was that he was humble to the extent that he was absolutely nothing! Moshe was completely encompassed in the light of Ain Sof. He had totally merged with Hashem. He was not a part of existence. He didn’t have any existence. He didn’t have any concealment. He didn’t have any personal feelings. He did everything for Heaven’s sake—only for Hashem Yisborach. So this is why Hashem chose him to be the leader of Am Yisrael who would take Am Yisrael out of Egypt, who would bring the ten plagues on Pharaoh in Egypt, who would bring the Clouds of Glory, and who would bring down the Torah from heaven. It was because he was completely nothing in and of himself, and he didn’t have any talents or abilities of his own. He didn’t get his power from Am Yisrael, but rather, Moshe’s power came only from Hashem Yisborach Himself—because he was nothing. A person cannot imitate ayin “nothingness”. You can imitate an orator. You can imitate a preacher. You can imitate being some kind of leader…

Reb Natan says that this level of ayin—nothingness can come only through cancelling oneself to Moshe: believing that Moshe is something altogether different, the likes of which we cannot conceive. It is above our understanding, and above our grasp. It is not a matter of abilities or being a gifted speaker or anything else. Moshe didn’t bring down the Clouds of Glory through his oratory skills, and he didn’t bring Israel out of Egypt with verbal eloquence. He did not have a talent for leadership, he was not a gifted leader. He was a leader because he was “nothing”. He considered himself a complete non-entity. His own will did not exist. This is what Reb Natan says: this is where Korach went wrong: because of his jealousy and his desire for honor, Hashem covered his eyes from seeing who Moshe was, because Moshe was completely nothing and no one could be on this level of being nothing other than Moshe, “humble, more than any other person on the face of the earth”. In all generations, to be nothing a person needs to cancel himself to Moshe and receive it from Moshe himself.​

The next Emuna Revolution