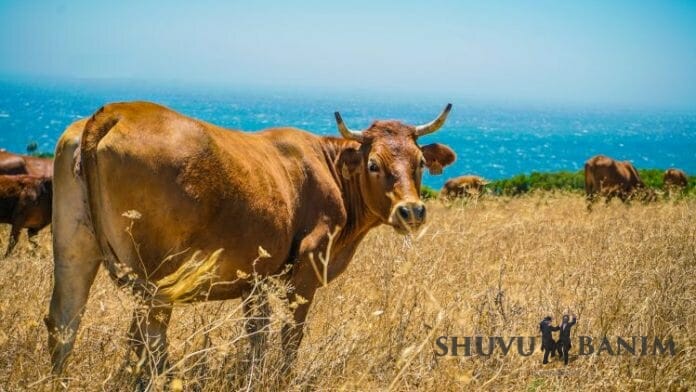 Parshat Chukat: We need to sacrifice  ourselves for Hashem

More secrets of the Torah with Rabbi Eliezer Berland, shlita.

The Rebbe’s innovation here is that the tikkun (spiritual rectification) of the Para Adumah in our generation can be done each day, and every second, via praying with kavana (intent). Praying with real intent is like being burnt, it’s mamash the suffering associated with being burnt.

You should turn to dust and ashes when you pray

If a person really wants to pull off wonders, and to work all the salvations that he needs, this is only possible if he becomes dust and ashes. And we only merit to become dust and ashes via praying with kavana. Praying with real kavana requires so much mesirut nefesh (self-sacrifice), it turns a person into dust and ashes.

The moment a person really sacrifices himself to say every word and every letter properly, really burns himself up to say every single letter in the prayers properly, this is called mesirut nefesh. A person can exert himself to give charity, and help different gemachs (free loan organisations) to make a bunch of loans, and this is all truly wonderful!

Sacrifice yourself over every single letter

With each letter he says, a person is bringing all the shefa in the world to his doorstep.

Kill yourself to pray properly

“I don’t care what’s going to be with the next word”, like Rabbi Moshe of Kovrin wrote, in Ohel Yesharim. If you kill yourself over the first word, or the second, or the third – then how are going to be able to continue to pray?! He replies – you’ll have a miracle, you’ll have revival of the dead.

When a person shows up to the morning prayers, he should be thinking “Now, I’m going to kill myself for three hours to sanctify God’s name.” For every letter, he has to be ready to kill himself al kiddush Hashem. Every single second of praying should be like the throes of dying, he’s dying al Kiddush Hashem, he’s burning himself up, like it’s written: “For your sake we are slaughtered all day long.”

With every word of prayer, you have to expel your stupid ideas, your arrogance, your lust for money.

Don’t start thinking ‘how am I meant to pray like this? What will be?’ Prayer is not some ceremony you perform, it’s not like trying to catch a bus. Every word should completely transform your mind.

A human being is really just a collection of desires. He wants money, he wants honour. If a person doesn’t sacrifice himself in his prayers, he’ll stay like this until 120, he’ll stay being a collection of lusts for money, for pagmi habrit (inappropriate intimacy), nasty thoughts, evil cunning. And this you call ‘being alive’?

If a person is going to live like this, so then why be alive?

Truly, we need to sacrifice ourselves for the spiritual avoda (work) of prayer, and to disconnect from our thoughts. A person spends his whole day thinking about money, about his wife, about his children, about what he’s meant to be doing in another hour. Where is he going? His brain is whirring with a million thoughts a minute. How can he disconnect from these millions of thoughts?

This requires self-sacrifice, to kill ourselves al Kiddush Hashem.

A person thinks all his thoughts in the belief that he’s somehow helping Hashem to run the world. Instead, just sit and pray quietly, and let Him run the world.

A person needs to start his prayers slowly, slowly, letter by letter, word by word, with every word to die al Kiddush Hashem, because even the sinners of Israel are prepared to die to sanctify God’s name. Even the bigger Jewish sinners would jump into the fire rather than give up their daat (faith / religion), God forbid.

We need to know that praying with kavana is the same as jumping into the fire. If a person agrees to kill himself over every letter, to sanctify God’s name, then suddenly a huge light will open up for him, as the Toldos Aharon brings down in his book. For a whole year, he prayed with tremendous mesirut nefesh over every single letter. He fought to say every single letter with the right kavana.

One day, when he got up to the ahavat olam section of the prayers, he said “that’s it! It’s really life or death! One more letter said with kavana and I’m going to die, really!”

And then such a big spiritual light opened up for him, that he went with that light for the rest of his life.

Translated from the Tzama Nafshi newsletter.

Parashas Va’Eschanan — What Can You Give to Hashem? — Rabbi Eliezer Berland shlit”a

Parshat Pinchas: How to atone for our sins