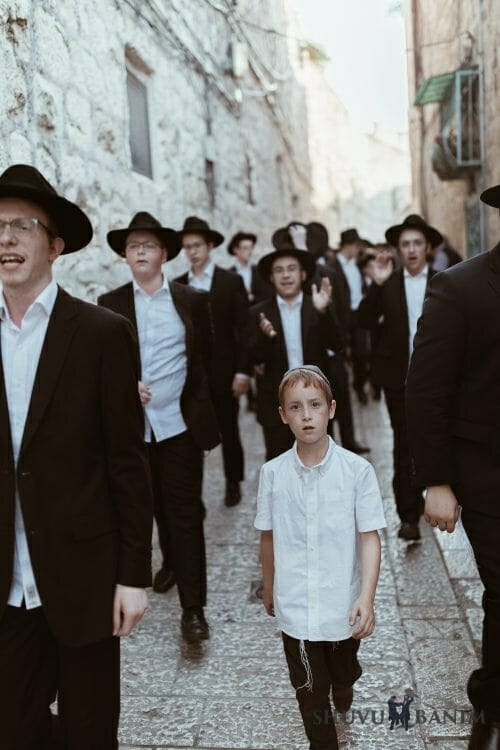 Parshat Devarim: All the miracles can be found at the Kotel

More secrets of the Torah, with Rav Eliezer Berland, shlita.

The Temple was destroyed two times. Twice, the Sitra Achra (dark side) overcame, and was able to destroy the Temple. But Hashem never, ever deserted the Even HaShtia (the Foundation Stone). Hashem never left the Kotel! The Shechina never moved from the Western Wall.

If a person loves someone, then of course they are going to do everything they can to be near them. And the same thing is true if a person loves the Kotel, and feels that this is their root. So then, they will to be at the Kotel as many times as they can.

Why don’t more Jews come to the Kotel?

The Chatam Sofer says: Because we don’t come to the Western Wall and the Even HaShtia, we offend the Kotel, which is the place of the Shechina. This is an insult that can’t be forgiven. When Hashem sees that we’re neglecting Jerusalem, that we’re abandoning the Kotel, and that we don’t make the effort to come, this ‘wakes up’ His burning anger.

The stone that was rejected

The Satan knows what is really good for a person. He knows what’s useful for him. That’s why he’s working overtime to distance people from this thing.

The secret of the foundation stone

He merited to know that without the Kotel, without this ‘stone’, without it’s kedusha, it’s impossible to achieve any spiritual avoda (work). No spiritual avoda will be completely accepted. All of David’s effort was only in regard to this stone. “My soul yearns, and is heart-broken for the courtyards of Hashem.”

Before Hashem created the globe, this world, the world of Asiyah (action), He created this stone! He created the Har HaBeit (the mountain where the Temple was located). He created the Kotel! Rav Natan explains that the Even HaShtia is the root of creation.

The whole world was created from this stone[1], and that is the root of free choice.

Inasmuch as a person goes to the Kotel, just by doing this alone, he can get away from his negative decisions and start to choose the good path.

The Kotel is the crown of all creation. It’s the ‘tenth’ of kedusha![2]

The Kotel is the sefira of Keter, the crown, which is why free choice is totally nullified there, and we’re only able to choose good.

The Kotel is in another world

When you get to the Kotel, nature completely changes.

Even a person’s body changes, everything changes. A person receives a different temperament, a different body. Every time that a person comes to the Kotel, he merits to immediately be shown all the spiritual ‘lights’ from the world of Atzilut.

The Kotel is the holy of holies

The Kotel is really the holy of holies, it’s really the foundation stone. When a person goes to the Kotel, he’s really going to Gan Eden! And especially at chatzot (halachic midnight), before the morning.

Rav Natan says, “And so, when they left Egypt with miracles and wonders, and the sea was split for them in an awesome, wondrous way, they said in the Song of the Sea: ‘You shall bring them and plant them on the mountain of your heritage,’ which is the Beit HaMikdash, the nub of all the miracles involved in the exodus from Egypt and the splitting of the sea. Because the whole point is that they would come to there (i.e. to the Kotel).”

The Kotel is the root of every miracle in the world

Everything comes from the Kotel.

If a person goes to the Kotel, he can work any miracle in the world.

Adapted and translated from the Tzama Nafshi Newsletter.

[2] A reference to the 10 kabbalistic sefirot with which Hashem created the world.

[3] The highest of the four main kabbalistic world. ‘Planet earth’ is usually found in the lowest, the world of Asiyah, or action.