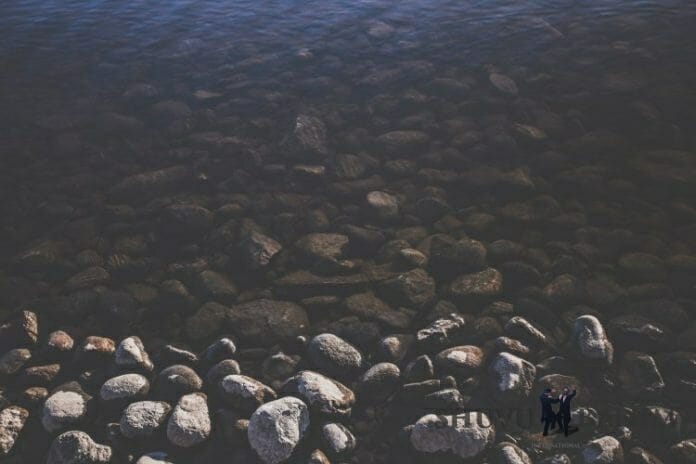 Parshat Pinchas: How to really atone for our sins

More secrets of the Torah, from Rav Eliezer Berland, shlita.

“’Master of the World, when the holy Temple was around if a person sinned he brought a sacrifice and was forgiven, but now that there is no Temple what will be the sinners?!’ The Holy One answered ‘I have already established for them all of the Korbanos prayers, whenever a person says them I consider it as if they brought a sacrifice before me and I forgive them for their sins’” (Megilla 31b)

Imagine the Temple before your eyes

When a person recites the “korbanos” they must imagine the Beis Hamikdash right before their eyes, as though it were there in reality. It is there! It was never burned down! It wasn’t destroyed! The Beis Hamikdash is right in front of our eyes! Nothing has been burnt, nothing!

The burning of the Beis Hamikdash was only an illusion. It was staged purely for the sake of the nations! As it says in “Asarah Maamaros”, at the time of the destruction of the Temple, demons and spirits… brought burnt stones and planted them in the Beis Hamikdash, all for the sake of tricking the goyim so they would think they had succeeded [in destroying the Temple.]

The Zohar Hakadosh says (Shmos, Pekudei, 240b) that the stones and foundation of the first and second Beis Hamikdash are all still there and shining, though they are hidden away.

“For they will see the return of Hashem eye to eye…”

Not even one wall was destroyed

The “Emek Hamelch” says about the verse from Megilla 10:1: “I heard that korbanos are being offered even though there is no Beis Mikdash” –  Know this! The service of the korbanos continues! The Beis Hamikdash exists! The korbanos exist! The Temple service continues!

When we say “Korbanos” in the morning, we are giving power to Eliyahu Hanavi and the angel Michael, who are currently the Kohanim gedolim, to continue their service in the Temple. By saying the “Korbanos” we are literally taking part in the Temple service. As soon as we begin our prayers in the morning the Kohanim begin their service of offering korbanos….When we say “Korbanos” Eliyahu Hanavi and the angel Michael get the strength to continue their service with the korbanos.

Our sins destroy the Temple

When a person sins he causes tuma’a (spiritual impurity) to spread. That tuma’a reaches the even shtiya (the foundation stone of the world), it goes right up to the Temple. This impurity leads to the destruction of the Beis Hamikdash. This is why we say in the Korbanos, “And their blood required sprinkling between the staves, upon the veil and the Golden altar.” The tuma’a reached all the way “between the staves”! Right up to the Paroches! Finally, it burned the Temple.

“And their blood required sprinkling, upon the veil and the Golden altar.” Why is there no Paroches? Why is there no Golden Mizbeach? This is because we are continuing to defile the Temple.

As soon as a person sins, he defiles everything…

Say Korbanos for your own misdeeds

Therefore, when a man recites the “Korbanos”, he must have the intention that he is saying Korbanos for his own misdeeds. “Cows that are burning and goats that are burning…” I deserve to burn! I am those burning cows! The whole inyan (point) of the korbanos is in order to surrender the beastliness within ourselves.

We burn the beast and shecht (ritually slaughter) it. When we mention the part about the shechita and the burning in the Korbanos prayers… [we need to know that] I’m the one being burnt, I’m the one being sacrificed…

The person is being shechted for all of his sins and he must accept upon himself the four types of death awarded by the Beis Din (high court): Stoning, burning, strangulation and beheading. When he intends [all these things to apply] to himself, then all of his sins are forgiven.

All your sins will be forgiven

Tana Dvei Eliyahu says, “whether it be a Jew or whether a goy – even a goy who recites the possuk, “and he slaughtered it on the Northern side of the Mizbeach,” (with the proper intent), all of his sins will be forgiven….

When we say “Korbanos”, all of the klipos (husks of evil) crack. The shells… crack and fall; everything is atoned! You must be sure to recite the korbanos slowly and with a lot of mesirus nefesh (self-sacrifice).

When the person recites Korbanos, he is cracking apart the klipos he has created.

People sin 24 hours a day; we have countless sins! And then we are liable for the four types of death, beheading, strangulation, burning and stoning. If a person doesn’t try to recite his prayers with kavanah (sincere intent), then he hasn’t achieved anything.

Hashem says, ‘what are you coming to me for?! You say, “give me this and give me that…” first, do teshuva! Ask forgiveness for everything you did wrong over the past 24 hours! You brought tuma’a into the world! You had forbidden thoughts, saw forbidden sights… say Korbanos with kavanah!

Adapted and translated from the Tzama Nafshi newsletter.

David Simcha - October 10, 2021 0
The words of the Kabbalist Rabbi Shlomo Elmeliach shlit"a at the prayer gathering outside Ramla prison: "Our Rebbe Rav Berland shlit"a isn't a simple person.  The Rav is not the Rebbe of tens, not hundreds,...
Read more

David Simcha - October 7, 2021 0
From Tefilah L’Ani: Leket Tefilos u’Vakashos A Prayer for Complete Faith (Emuna Shelema) Ribono Shel Olam – Master of the World!  Please awaken our hearts to Your simple faith, to Your holy Torah, and to Your...
Read more

“Make a Skylight for the Ark” — Secrets of Parashas Noach with Rabbi Eliezer...

David Simcha - October 7, 2021 0
“Make a skylight for the ark and make it slanted, so that it is one cubit on top; place an opening in its side, and make a bottom, a second, and third ” (Breishis...
Read more