1000’s arrived at the famous Bar Ilan intersection in Jerusalem for the prayer gathering and protest for the release of our Rebbe Rav Eliezer Berland shlit”a.

Rabbis and Gedoley Yisrael graced the moving occasion with their participation.

The Gaon Rabbi Shimon Badani, head of the Kollel “Torah v”Chaim” in Bnei Brak and a member of the Moetzei Chachmei HaTorah (the major Sephardic Rabbinic Council in Israel) spoke to encourage the community and in denigration of the illegal and disgraceful imprisonment of Rav Berland shlit”a.

The gathered public united in saying Tikkun Clalli’s, with a prayer that tears open the heavens in the famous melody of the Rav shlit”a

The gathering was concluded with a display of singing and dancing for the sweetening of decrees, and to elevate all the great arousal to teshuva and prayer.

The event was a great sanctification of Hashem’s Name.  While in other places, protests are often concluded with confrontations with the police, in Shuvu Banim they learned from their Rebbe, Rav Berland shlit”a the great power of prayer with dancing to cancel evil decrees. 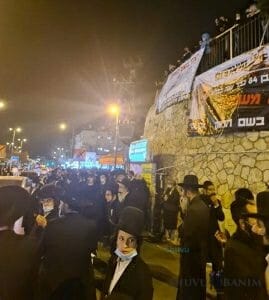 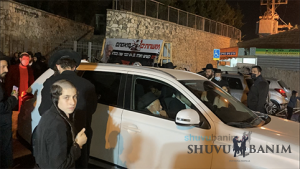 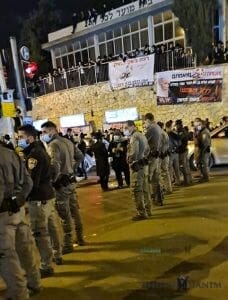 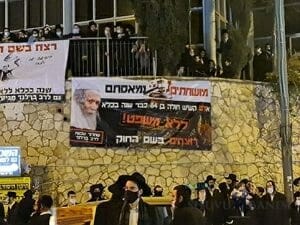