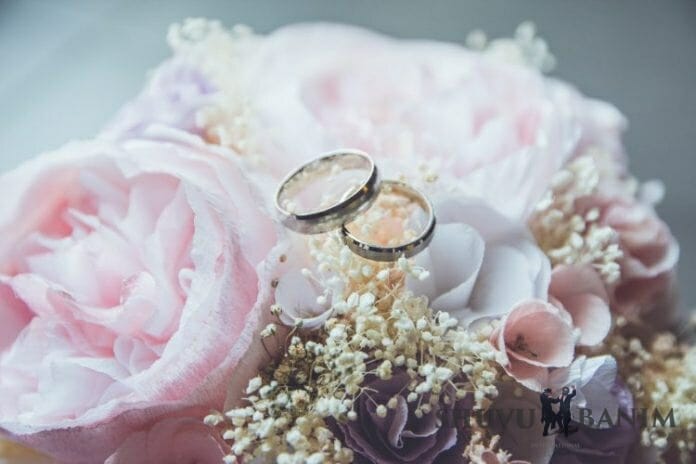 We know that times are tough, and that expenses are rising for everyone all over the place.

Our Sages tell us that before Moshiach comes, there won’t be a shekel left in the wallet, and many people are living that reality – or close to it – in our days.

Nevertheless, life still goes on! Young couples must still get married, and weddings must still be funded, even if there is no money to cover even the most basic expenses.

Currently, there are many young couples in the chareidi Jewish community of Jerusalem who are getting married with literally nothing behind them, financially. No money to pay for even the most basic hall, the most basic reception, the most basic chuppah.

And yet, these young couples must still get married….

A few families have joined together to try to create a new project that will enable Jews across the globe to help these young Jewish couples build a beit ne’eman in Jerusalem. The goal is to raise the very modest sum of $4,000 a couple, to pay for the most basic wedding.

And the first couple are getting married tomorrow – and they have nothing.

Baruch Hashem, this is a tremendous mitzvah for the rest of us to participate in!

This is also a tremendous opportunity to open the gates of shefa and bounty for ourselves, and also to ensure that Hashem’s protection will continue to surround us, as we know the maxim of our Sages that charity saves from death – and the charity of helping a young, Torah-observant couple in Jerusalem to get married is surely beloved by Hashem.

Below, we bring a translated excerpt of the letter from the bride’s father:

To my brothers, amongst the Jewish people,

I’m turning to you for help and assistance, merciful ones, and doers of kindnesses.

Baruch Hashem, I have merited to have a family of 11 children.

Around 10 years ago, my wife, may she live, was hospitalized in the isolation ward when she came down with a very serious case of what was called the ‘Mexican Flu’. A week after this, my wife gave birth to our sixth daughter – but she was born unconscious and without a pulse, according to what the doctors said.

After an hour, they managed to revive her, and we accepted her as a beautiful free gift from shemayim. After a few weeks, she was released from the hospital, but her development was extremely delayed.

Today, Baruch Hashem, she’s at the stage where she can be in special education stream embedded within in a regular school, but the situation continues to be financially very draining.

We are doing our best to meet our financial obligations, while maintaining our obligation to learn Torah, and my wife in particular has always worked so hard to go out to work, even in the toughest times, to try to feed our large family, Baruch Hashem.

Now, thank God, I have merited for my daughter to merit to get engaged to a fine young man, a Torah scholar with yirat shemayim.

And so, I have no choice but to turn to you, my holy, merciful brothers, so that my daughter can be married off without shame, and without feeling that she received less than her friends. Because as you know, it’s forbidden to take out a loan that you have no way of repaying.

And may it be our Heavenly Father’s will that He will pour upon you tremendous shefa without end, and that you will see tremendous nachat ruach, in holiness, from all your descendants, and that you will be able to educate them, and raise them to the chuppa, without any sorrow or suffering of the soul.

Awaiting the salvation of Hashem,

To help marry this man’s daughter off TOMORROW!!! – please go to the Chesed Fund page HERE.

Times are tough, it’s true, money is tight. But Jewish couples still need to get married, and there is an eye above who sees the good deeds of every person, and who ensures that in time, they will be more than amply repaid for them.

You can donate HERE.

This Will Save Your Life – GUARANTEED!

Prayer to Give Charity Appropriately