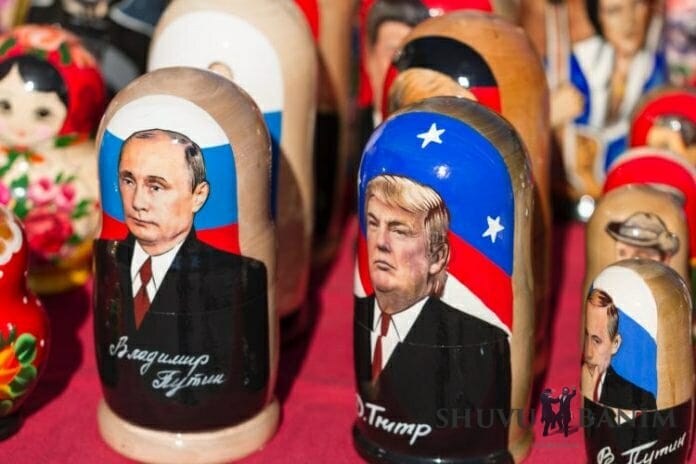 Putin wants to take the whole of Eretz Yisrael

Excerpted from a shiur given by Rabbi Eliezer Berland, the evening of January 22, 2020.

Today, this is the biggest day in the year. This day, we’re already in the 26th of Tevet. Today is the yarhtzeit of Rabbi Dessler. Everyone needs to read all six books of Rav Dessler[1]. Reading these [books] will provide an answer for all the questions and all the kooshiot (difficulties) that exist in the whole world.

He was the Rav of London.

He was the most kosher, the most sharp, the most knowledgeable, the most learned. He was the mashgiach of the Ponevezh yeshiva, until 1953. He passed away in 1953. He was the Rav of London, and there was no question in the world that he couldn’t resolve.

The Rebbe (Rebbe Nachman) says in Torah #5 (of Likutey Moharan) that a person goes along filled with kooshiot, and when the bent parts of his heart get straightened out, that’s when he can pray with kavana (intention). For as long as a person still has a kooshia – he still questions about Hashem, why is it like this? – he can’t pray with intention.

He wants to take Eretz Yisrael. He’s complaining that everything is meant to be his. He (i.e. Russia) was the first to buy plots of land here, like the Russian Compound.

The Turks didn’t want to sell plots of land to any other nation, because if they even possessed just a single plot of land, they would already come and take the whole of the country – exactly how they ultimately did.

So, the Russians said to them, but we walk 4,000 kilometers by foot.

It’s written in the Tanna devei Eliyahu, Chapter 8:1, that Chana and Elkana used to say [to the Israelites who weren’t coming up to the Mishkan in Shilo] – Learn from the non-Jews! They go 4,000 km on foot just to spend a single day in Eretz Yisrael.

They used to come and sleep by the Kotel.

The Kotel used to be full of non-Jewish widows, who came with a lot of money, and everything went to build churches. Or, they died, and then the money was given to the church and they built churches all over Jerusalem.

The whole of Jerusalem is ‘church land’. Rehavia – everything belongs to the churches.

And the plot of land next to Breslov [in Jerusalem] also belongs to the church, that empty plot. They bought half of Jerusalem. Wherever the Russians wanted to buy, they were the first ones to buy [land].

And if not, he’s going to begin a World War.

In any case, the verse in Yirmiyahu  (1:15) has now been fulfilled:

“For behold, I am calling all the families of the kingdoms of the North – the word of Hashem – and they shall come and each of them shall place his throne at the entrance of Jerusalem’s gates.”[2]

They will come from all the world, come one more day, all the kings will come, because today is Holocaust Day. When they got to Auschwitz, they already didn’t find a single Jew. They just saw piles of corpses. I saw the pictures, just piles of corpses. They didn’t manage to burn them.

They straight away sent them [the pictures] around to the whole world. The world didn’t want to believe these stories. The day of the liberation became the International Holocaust Memorial Day.

[2] This passage concerns Yirmiyahu’s famous vision of the bubbling pot. The expanded text reads: “The word of Hashem came to me a second time, saying, “What do you see?” And I said, “I see a bubbling pot, and its spout is facing north.”

Hashem said to me, “From the North the evil will be released upon all the inhabitants of the land. For behold, I am calling all the families of the kingdoms of the North – the word of Hashem – and they shall come and each of them shall place his throne at the entrance of Jerusalem’s gates and by all its walls roundabout, and by all the cities of the Judah.

I shall pronounce My judgments against [Judah] for all their evil, for they have forsaken Me and burned incense to the gods of others and prostrated themselves to their own handiwork.”

“All the tribulations will be finished”