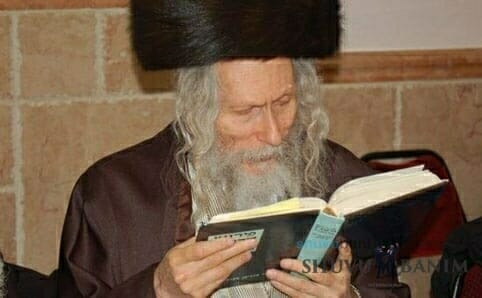 The Rebbe said, “You can ‘bend’ my book as much as you want, but don’t transgress a section in the Shulchan Aruch.”

In section 282 in the Shulchan Aruch is discussed the mitzvah of reading [the parasha] “Shnayim Mikra v’Echad Targum — twice in Hebrew, once in Aramaic.”  Inexplicably, how do the Jewish people, upright and sincere, who are careful with a “small” mitzvah as with a “big” mitzvah, and are careful and meticulous in all the mitzvos in the world, in all the sections and subsections of the Mishnah Berurah and all the commentaries — and on the other hand, ignore and skip over an entire section in the Shulchan Aruch with arrogance and complete disregard as if it doesn’t exist, chas v’shalom?

Because through Shnayim Mikra v’Echad Targum it’s possible to sweeten all the judgements in the world and to merit to an influx of livelihood and expansiveness in all of one’s affairs — to merit that the supernal mentalities open up and the 50 Gates of Understanding.  All the barriers will fall from the mind, and all the obstacles and concealments will disappear in a blink of the eye as if they never were, as is written, “The head of the yeshiva in the Garden of Eden said: A tree in which the light doesn’t ascend — strike it…” (the Holy Zohar).

Because through Shnayim Mikra v’Echad Targum one merits to the level of Neshama (the third level of soul), and the Neshama enters the body, and in the merit of the Neshama entering the body, one also merits to the level of Chaya and Yechida (the fourth and fifth level of soul).  As it’s written of Yiftach’s daughter, and so she said, “She said to him, ‘Father, you have opened your mouth to Hashem; do to me according to what has come out of your mouth'” (Shoftim 11:36).  Because about her it’s said, “She was an only child [Yechida]; he did not have [another] son or daughter” (ibid. 34).

Then a heavenly voice went out, “Do not stretch your hand out against the child” (Abudarham — Shaar Hatekufos).  Therefore, it’s upon each person to read each day a portion of the Parasha (according to the Ari, one reads it on Friday before the mikveh) Shnayim Mikra v’Echad Targum, and through this all the supernal mentalities will be opened, all 50 Gates of Understanding and 32 Paths of Wisdom, and all the barriers will be removed from the mind.  Through this, a person can learn and read every day 20 hours without interruption.

Edited and translated from “Shevivi Or”