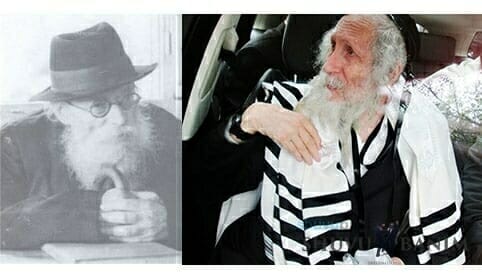 Here we bring selected words of Rabbi Berland shlit”a, which he has said over the course of the years regarding the Torah of the Chazon Ish

In Bein HaZmanim it’s possible to learn more Torah than during the rest of the year (given over on Tuesday, Parashas Bo, 2 Shevat 5766)

The Chazon Ish said that the entire period of “HaZman” (e.g. when Kollels/Yeshivas are in session) is a preparation for “Bein HaZmanim,” (e.g. the time of the year when Kollels and Yeshivas are off on break) because during Bein HaZmanim it’s possible to learn a thousand times what one learns during the “Zman,” because then one is freed from all commitments.  During the “Zman” one is committed to an order of learning, he’s committed to learning partners, he’s committed to the Mashgiach (the spiritual supervisor of the Yeshiva).  Six, five months you learned — this is preparation for Bein HaZmanim of Nisan.

The difference between the method of Rabbeinu Nachman and the Chazon Ish is in the time that a servant of Hashem needs to sleep over the course of the day (given over on Tuesday, Parashas Nitzavim-VaYelech, 21 Elul 5767)

If one wants to be like Rabbeinu, he needs to sleep only four hours a day.

To be like the Chazon Ish, it’s enough eight hours a day, but during the whole 16 hours that one is awake, he doesn’t take his head out of the book.  Learn Chok L’Yisrael, learn Talmud Yerushalmi — this is all stories.  Learn Tractate Ketubos — this is all stories about what fruits there were in the Land of Israel, what bounty there was in the Land of Israel — everything is stories.

Traveling for four hours, it’s possible to finish all of Ketubos on the way.  Returning four hours, it’s possible to finish Tractate Yevamos on the way.  Yevamos is harder.  It’s written that the initial letters of “A (Ayin) – N (Nun) – Y (Yud) — poor” is E’ruvim, N’ida, Y’evamos — these are the hardest tractates; the rest of the tractates — everything is stories, everything is Agados.

The system of the Chazon Ish for warning a transgressor for forbidden work on Shabbos (Tuesday, Parashas Chayei Sarah — 18 Cheshvan 5768)

If one doesn’t learn Ketzos HaChoshen, it’s impossible to understand any section of Talmud at all.

We have a very puzzling interpretation by the Rambam.  The Rambam says in Hilchos Sanhedrin in Chapter 12 that also Torah Scholars need a warning if one lights a fire or electricity on Shabbos.

Regarding electricity, there is a question regarding what makes one liable, since these neon fibers which become red-hot — this isn’t fire.  The gas here isn’t fire, florescent isn’t fire really — according to the Chazon Ish this is building — one closes an electrical circuit.  One [opinion] says that he is liable on account of cooking — when the iron becomes burning hot [it’s like] bringing a coal.  A person turns the iron into a coal, and when the iron is burning hot it’s considered cooking, but this isn’t fire.