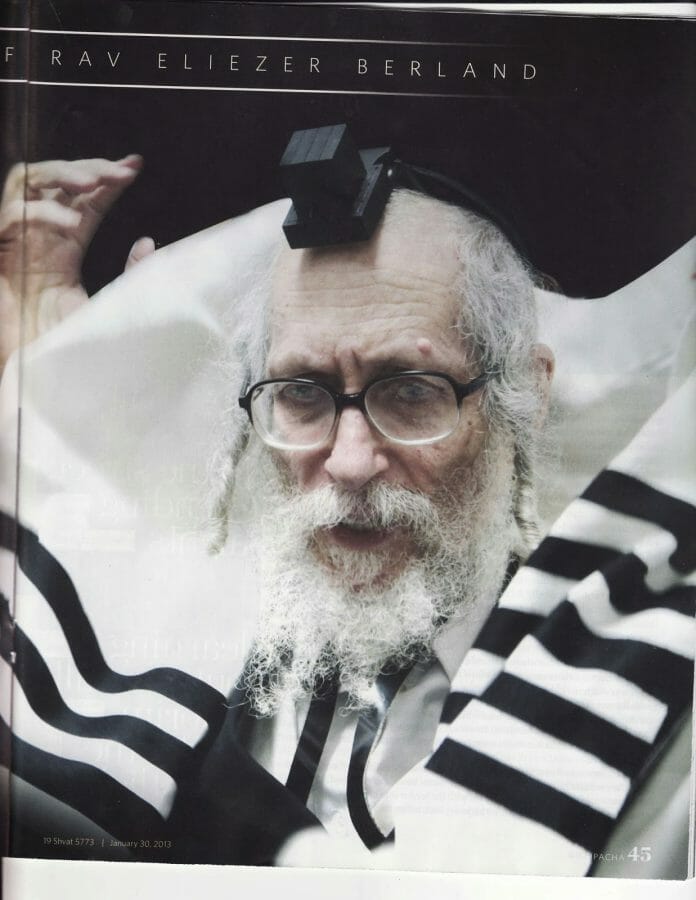 The Fire and the Light: The Mystical World of Rav Eliezer Berland

At 112 Kedushas Levi Street in the Jerusalem suburb of Beitar Illit — Rav Berland’s new home — masses flock from all over the country just to stand outside the building. Most of them will not even get to see his face, but will suffice with being in close proximity. When neighbors began to complain about harassment, Rav Berland issued a warning that no one should dare disturb the other residents.

Rav Eliezer Berland is a mystery, and his life in recent years has been fraught with rumors and intrigue surrounding the power struggle over his institutions. Yet wrapped in his tallis is a powerful, esoteric personality hidden from those who seek him, the secrets of his life too elusive to be deciphered even by those who are closest to him.

When he speaks, his thoughts seem to roam in other spheres. He thinks so fast that few can keep up with him.

Concepts from the secret world of sod pepper his conversations — even when discussing day-to-day matters. When he speaks, his entire body moves with his lips as his eyes seem to rise to the Heavens. In Breslov they call this nishmas peleh, chiddush b’doro, a wondrous soul that is an innovation in his generation.

He was born inHaifain 1937 into a national religious family, spending his youth in Bnei Akiva in the early years of the state. He later slaked his thirst for Torah in the Lithuanian Torah world, as he spent entire days bent over his seforim in Yeshivas Knesses Chizkiyahu in Kfar Chassidim, and later in Kollel Ponevezh and Kollel Volozhin in Bnei Brak. His influences were Rosh Yeshivah Rav Eliyahu Eliezer Mishkovsky, Mashgiach Rav Eliyahu Lopian, the Steipler Gaon, and other leading Torah giants in Bnei Brak of the last generation.

And then he discovered the teachings of Rebbe Nachman and the endless fount from which he was able to draw a different sort of wisdom. It was through this path that Rav Berland has drawn thousands of people to mitzvah observance. It began with a handful of talmidim, which became a yeshivah, which became a community, which grew into a movement.

It’s 5:30 a.m. A handful of chassidim are standing outside, yawning, battling their exhaustion. “What are you doing here?” I asked them. “Maybe we’ll be zocheh to see the tzaddik,” they reply. And for that faint possibility, they sleep in the street, spending nights under the bare sky, learning out of small seforim under the streetlights.

Rav Berland has just returned from a journey to Amukah in the Galil, and in this pre-dawn time, has granted us two hours, during which we are permitted a fleeting glance into his riveting inner world. Upon his return, he said, “I told the people at Amukah — there were hundreds of people there — ‘Don’t you see the fire and the light? Tzaddikim are greater in death than they are in life. There is a tremendous, awesome light here.’”

The door to Rav Berland’s room opens; he is already wrapped in tallis and tefillin. It’s obvious that he has been fasting for many hours. But at 74, may he live and be well, he doesn’t try to get off easy in any of the rituals he’s taken on himself. He begins birchos hashachar in a captivating tune that grows steadily louder. “Rabbeinu says that one must sing the tefillos for them to ascend up on High,” Rav Berland teaches. His shoulders sway, his eyes are closed and his entire body conveys the message: I am here to serve You with my entire soul.

To purchase this issue contact Mishpacha ask for issue number 445 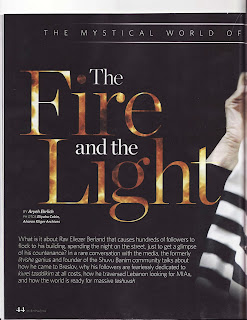 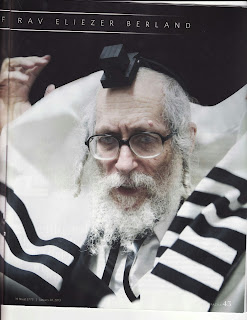 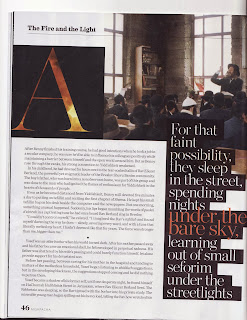 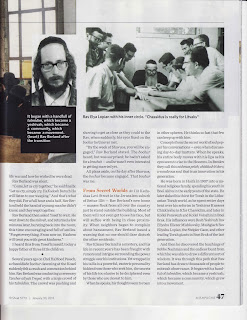 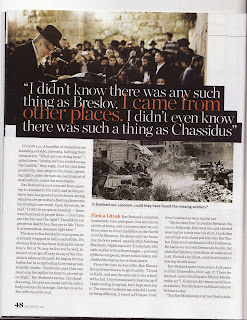 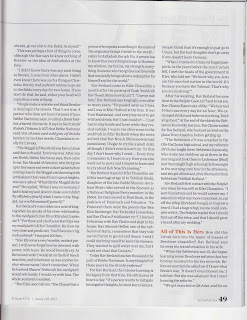 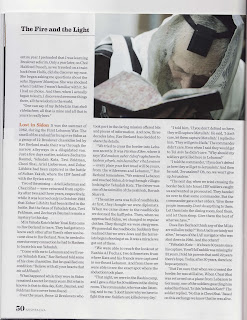 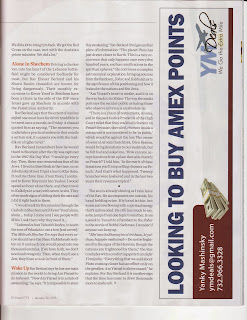