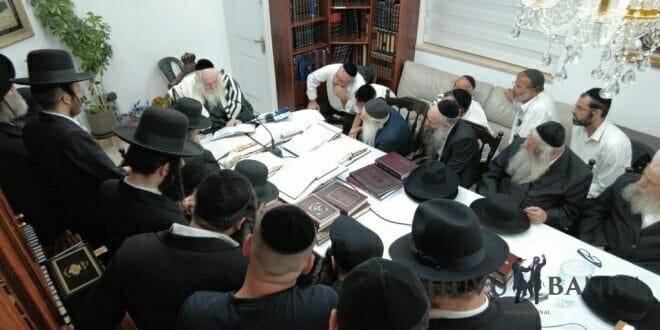 Also in Or Akiva, like with all branches of Shuvu Banim in Israel, between all the housing projects, there is a place for prayer and Torah that goes in the light of Rabbeinu Nachman with vitality and niggunim (holy melodies), and in the special way that has been set out by our Rebbe Rav Eliezer Berland shlit”a.

In the past, the synagogue was two kindergartens which were joined together, and within them the community of Shuvu Banim Or Akiva would pray.  Today, with great Heavenly assistance there is a building that is more appropriate for a synagogue which is named after Rabbeinu HaKadosh – “Breslov –Shuvu Banim.”  The location is active both on weekdays and Shabbat with prayers with niggunim and great vitality.  There is also a Midnight Kollel on site.  Every Thursday night there is a shiur in Kabbalah by Rav Shlomo Elmeliach shlit”a, a Talmid of Rav Berland shlit”a. 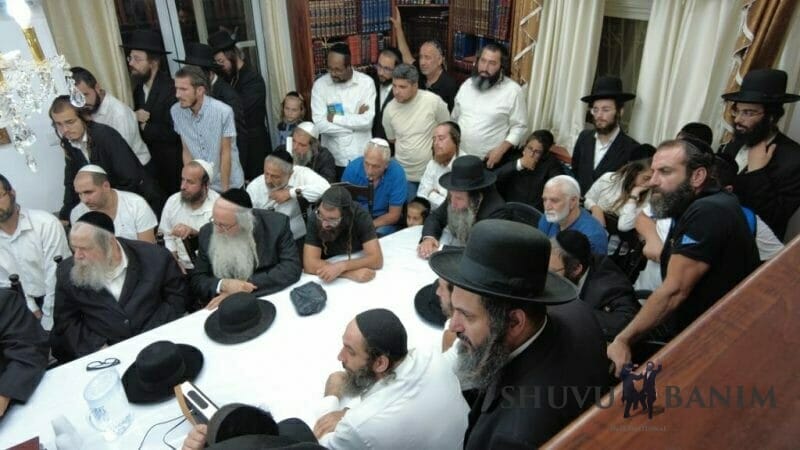 The residents of Or Akiva merited to come to a special shiur on the evening of 10 Elul at the home of Rav Berland shlit”a.

In the beginning of the shiur, the Rav shlit”a mentioned the incident with Shimshon in his revenge on the Philistines and a number of other words of Aggadah.  Afterwards, he added words of chizzuk about learning Torah.  Below is an excerpt of his words:

A person comes to learn Torah 24 hours, like “Yaakov, a simple man, a dweller of tents” (Breishit 25:27).  Esav is the opposite – “a man of the field” (ibid) – not a man of the field who does an hour of hidbodedut; rather, a man who goes with a bow and arrows…

Afterwards, the Rav shlit”a continued speaking, revealing insights into the parashah – “Ki Teztei.”  Afterwards, he spoke about the self-sacrifice of Yael when she killed Sisra.  After this, he returned to speaking about the parashah, speaking at length about the question of how it’s written, “Remember what Hashem your G-d did to Miriam,” because we remember Miriam after she sacrificed herself for the Jewish people, and for Moshe Rabbeinu.  Afterwards, he spoke about the prayer of Channah, and about the coming parashah “Ki Tavo,” and the first fruits.  After this, he moved onto the subject of Megilat Esther and that Esther didn’t give up her people, acting with self-sacrifice.  Then the Rav began to sing the song, “And Esther once again spoke…” for a number of minutes, concluding the shiur which went on for over fifty minutes.