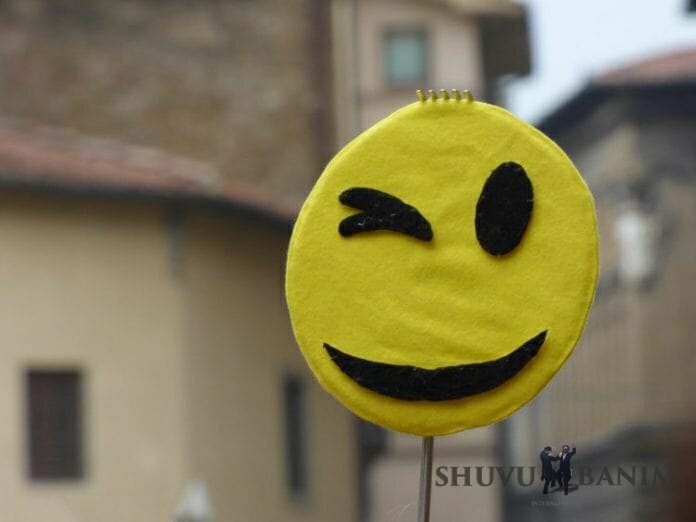 The Importance of Striving After Simcha – in every situation

Continuing our new series translating the “You will Succeed!” book, containing more words of wisdom from Rabbi Eliezer Berland, Shlita.

The Rashbam comments on Parshat Vayeshev explains why the brothers were jealous of Yosef, because Yosef was always in a state of tremendous joy. He was profoundly happy, all the time. And in this regard, he was very different from his brothers; he was always a ‘youth’. He was separated from his brothers by his tremendous happiness.

And this is the reason they were jealous of him, because of his enormous simcha (joy). The ikker (main focus) of a person’s jealousy rests on the other person’s happiness.

The ikker of Yosef’s spiritual work was to make everyone happy. To cheer up the sons of Bilhah, and the sons of Zilpah, to make every person in the whole world joyful. This was Yosef’s Divinely-appointed role.

To gladden everyone, and to get them to dance.

To blow all the ‘dust’ off of them. “A man in whom there is spirit.” His job was to get everyone out of the sadness that was enveloping them.

Every minute, a person walks around in his sadness. He’s got this problem over here, there, he didn’t learn enough, here he didn’t pray properly. I’m not a Breslover, and I’m like this and that…

And everything is true!

But, I’m still going to be happy, because the Tzaddik has even brought a lowly person like me closer.

The Tzaddik can’t stand it, when a person is all sad and depressed!

“A man who possessed the spirit of Hashem within him.”

This is the spirit of deep joy, that even though he was in prison for 12 years, and he could well have been broken, and depressed, and morose, and bowed over, and drooping – he was happy, rejoicing and dancing!

This joyful spirit was the ‘spirit of Hashem within him.’ And this is what found favor in Pharoah’s eyes, more than the dreams that he managed to interpret for him. A person who comes out of the pit illuminated and rejoicing – it’s impossible to break this person!

This is the true Tzaddik. Nothing can break him, or confuse him, he’s always stuck close to Hashem, in a state of profound joy.

But Yosef’s ‘spirit of Hashem’ – nothing could break it!

This spirit of Hashem could spring every person out of their sadness.

Whoever wants to have mercy on their soul, should recognize that they lack simcha.

All the harsh judgments that befall a person is because he doesn’t have this simcha, this joy.

If a person wasn’t miserable, then he wouldn’t deserve this thing (this lack of kedusha.) This is a sickness of the soul, and it comes from sadness. He’s depressed and broken. Yosef was at the pinnacle of joy, and no enticement [from the wife of Potipher] could break him. Not only did he not experience a fall in his current level [of kedusha], he even merited to an even higher level, because of this.

Everything is for the good.

Everything that you’re experiencing, it’s for the very best. Everything that is happening at that moment, it’s the greatest possible ‘bonus’ that he could experience, at that second.

That’s why Rachel said when Yosef was born, “Hashem has removed my disgrace.” There won’t be any more sadness. That there shouldn’t be even a hint of sadness. He’s sold as a slave, they sold him to be a slave, everyone hates him, it’s you against the whole world. People hate you on every side, and still, you are at the pinnacle of simcha.

Nothing broke him. He remained joyful – Baruch Hashem, I’m alive! I’m breathing! I’m a Breslover! I get up for chatzot! I do hitbodedut! Thanks, Hashem! I don’t deserve anything.

Sadness comes from arrogance, that a person believes that he deserves something, that something is being withheld from him.

“God has made me forget all my hardship.”

I’m still not a Breslover. I still haven’t got up for chatzot. I still haven’t done hitbodedut. He’s been through all the palaces of iniquity. He’s had so much confusion to deal with. “You’re not going to amount to anything!” He doesn’t think that he’s managed to serve Hashem even once.

Baruch Hashem, that I’m still alive! I’m like a new-born baby, every day I’m going to make a new start!

Sadness is a terrible disgrace.

The only way to keep rising from level to spiritual level is to not give those thoughts of sadness any space, and to only give room to feelings of powerful joy.

“Hashem will add on for me another son.” Every day, [Yosef] revealed a new reason to be happy, Baruch Hashem, I’m alive for another day. It was such powerful happiness.

He also had the ability to turn every cause of sadness into a reason to be happy. Every ‘reason’ that he saw to be sad, he could see far more reasons for trusting in Hashem.

Yosef said to his brothers, you should know, I went through all these things, the most difficult situations, and now I can guide you through all your situations, too, and show you how to continue to be happy

And this is what Yosef said: “Hashem thought to do good, to give life to a great nation.”

To revive all the generations, and to be happy in every situation.