A heter is worse than a sin

The wedding took place in Modiin, and before the chuppa began, the Rav prayed the mincha and maariv prayers together with the community. Below, we’d like to share some of Rav’s words, delivered in an address on Parshat Ekev, 5778:

And this creates an atomic weapon.

When a person does a mitzvah in chutz l’aretz without [connecting to] the Tzaddik, he just gives strengths to the klipot.

“And in Tavara, and in Massa, and in Kivrot HaTa’avah”

The Kedushat Levi asks why is it written in the middle ‘Kivrot Ha’Ta’avah’ (literally, the grave of lusts)? It’s because lusts are like a tomb! A person buries himself in the middle of his lusts…A person is sunk in his lusts up to his nose! And there is absolutely no heter (halachic dispensation) for this.

The lust itself is forbidden! There is no dispensation given for lusts.

The Netivot Shalom, the Chesed l’Avraham from Slonim says that the heter, the dispensation, is worse than the prohibition. When something is prohibited, a person does it two or three times in their life, and afterwards he cries about it, and he regrets doing it and feels bitter about it, and makes teshuva. He’s not going to do it again.

But when it comes to a heter, he’s going to carry on doing it for 100 years, non-stop. It already appears to him as though it’s permitted, so he won’t stop there. A heter is even worse than a sin.

The whole inyan (matter) of the Tzaddik, is to go with the Tzaddik through fire and water, and then the Tzaddik will take care of everything. He’ll straighten out all of the difficulties, like Yosef HaTzaddik’s casket, that went before the camp [of the Israelites in the desert].

The Tzaddik will destroy the sitra achra, as though it never even existed.

Translated and adapted from the Sparks of Light Newsletter 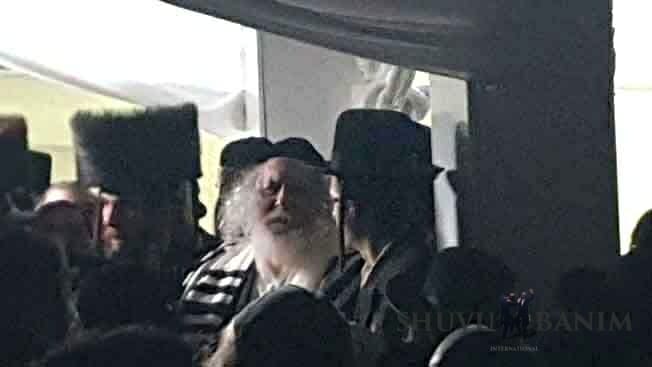